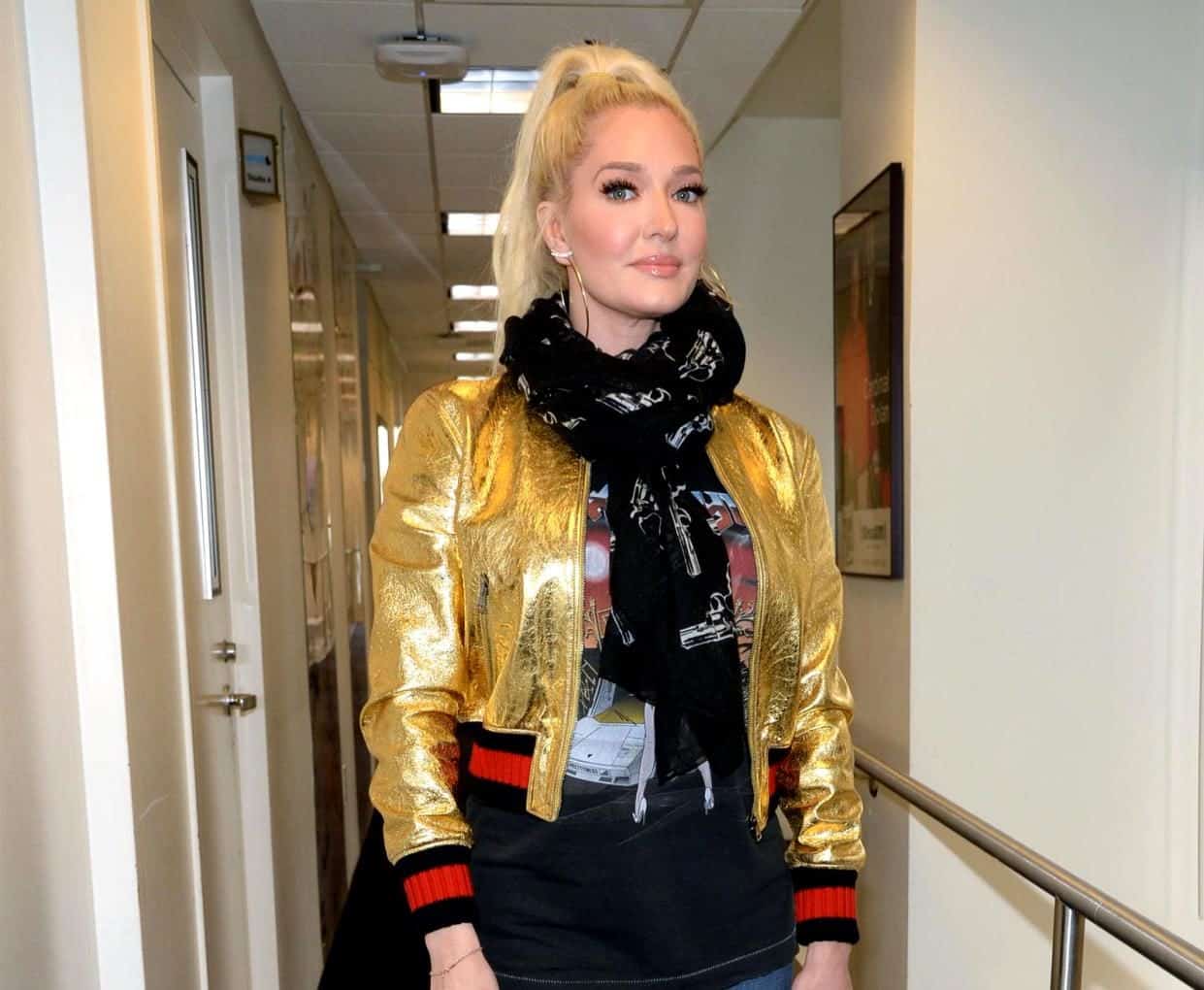 Erika Jayne filed an appeal in July in hopes of being able to keep the $750,000 earrings that Thomas Girardi reportedly bought for her with stolen funds from former clients. And now, just weeks later, new details about her filing from her are being revealed.

While an insider claim Erika felt “relieved” after turning in the earrings weeks prior to her appeal, the Real Housewives of Beverly Hills cast member’s latest filing tells a different story. It explains that, according to an attorney, she intends to “fight to defend herself” as she hopes to retain the gifts her estranged husband purchased for her — even if they were purchased with money belonging to his past clients.

“Erika Girardi filed her issues on appeal for the earrings,” Ronald Richards announced to his fans and followers on twitter on August 10, along with the legal document filed by her attorney, Evan Borges.

“It is clear by her pleadings,” he continued, “she is going to fight to defend herself and all the money, benefits, and gifts she received from Tom. The doc shows she believes she can keep them even if bought with stolen client funds.” 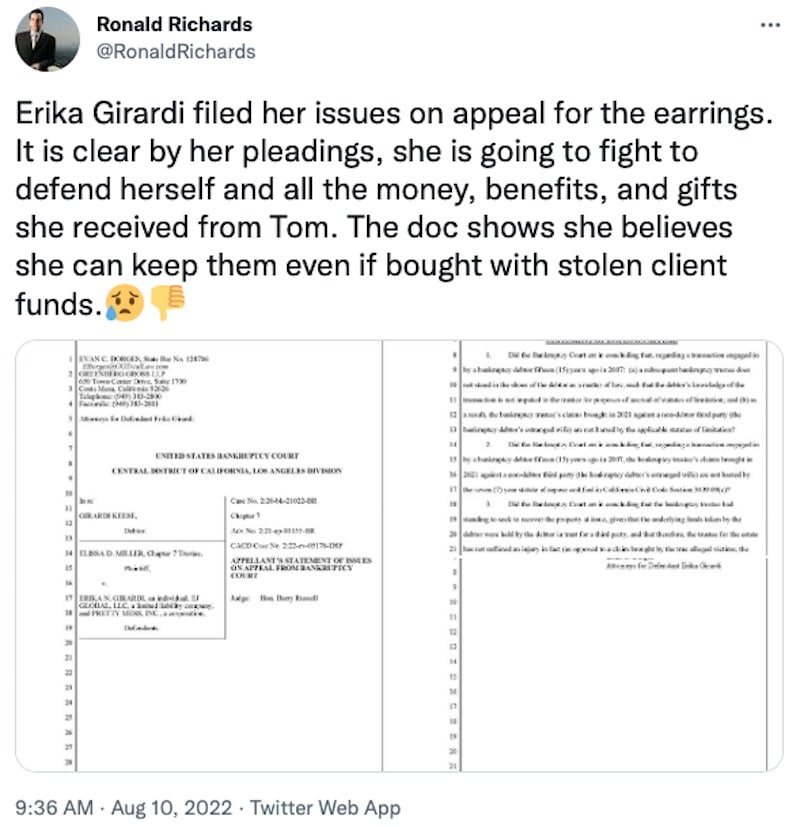 At RHOBH fans well know, Erika has been accused of having a “large role” in Thomas’ years-long Ponzi scheme, which reportedly saw the couple embezzling millions from his former clients in an effort to sustain an over-the-top lifestyle. However, according to Erika, she had no knowledge of what her husband was up to. And when it comes to her $750,000 earrings from her, her attorney insisted months ago that she received them innocently.

Although that may have been the case, a judge ruled in June that Erika should turn the jewelry, which was actually a replacement for a pair Thomas purchased for her years prior for $800,000, over to the trustee presiding over the bankruptcy case of Thomas’ defunct law firm, Girardi Keese.

In the coming weeks, the earrings are expected to be appraised and potentially sold off if Erika’s appeal is unsuccessful. The money will be used to repay clients, lenders, and others Thomas is accused of ripping off.

Back in June, amid the drama over her $750,000 earrings, Erika spoke to Entertainment Tonight, admitting that she often feels “dehumanized” by fans and critics who fail to understand the ins and outs of her situation.

“It’s not a good place to be, and I feel like the court of public opinion is also hard to navigate because people don’t have all of the facts, and they tend to gravitate towards sensationalized headlines,” Erika shared. “I think people have sort of dehumanized me into this place.”