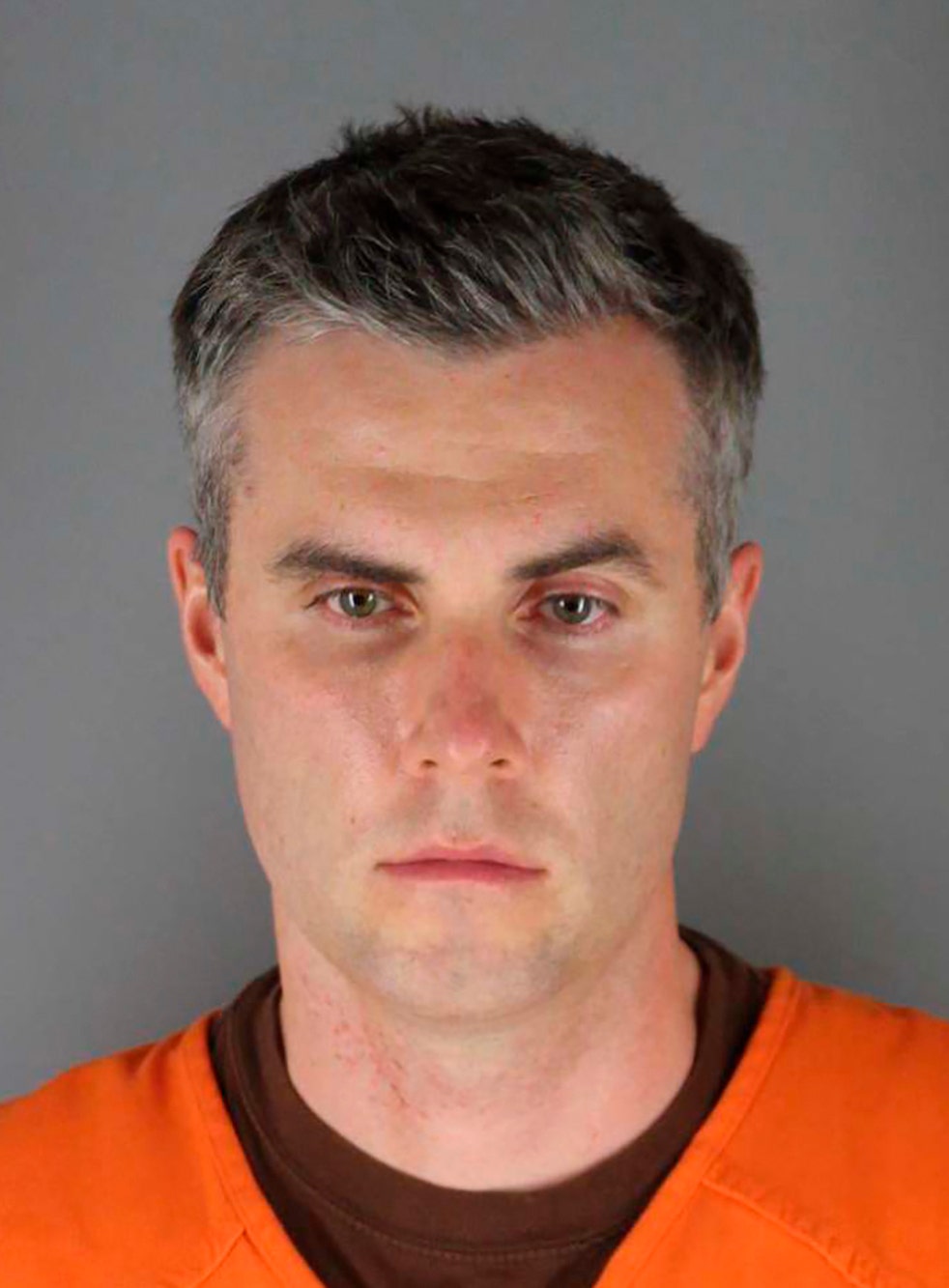 One of four former Minneapolis police officers at the scene of George Floyd’s death learned his sentence on manslaughter charges on Wednesday.

Thomas Lane, who already pleaded guilty to a state charge of aiding and abetting second-degree manslaughter in the killing of Floyd, was sentenced to three years.

In reaching a plea deal with Minnesota Attorney General Keith Ellison’s office, he agreed to plead guilty to aiding and abetting second-degree manslaughter under the contingency that he got a three-year state sentence to be served at the same time as his federal sentence.

Floyd died on May 25, 2020, after former Minneapolis police Officer Derek Chauvin, who is White, pinned the 46-year-old Black man to the ground with a knee to his neck as he repeatedly said that he couldn’t breathe. Lane, who is White, held down Floyd’s legs. Alexander Kueng, who is Black, knelt on Floyd’s back dele, and Tou Thao, who is Hmong-American, kept bystanders from intervening during the approximately 9 1 / 2-minute restraint.

Bystander video went viral online, prompting several nights of violent rioting in Minneapolis, as well as other metropolitan areas of the country, as well as daytime demonstrations in the name of the Black Lives Matter racial justice movement.

Chauvin was convicted of murder and manslaughter and was given a 22 1/2-year state sentence in 2021. He also pleaded guilty to a federal count of violating Floyd’s civil rights. His state and federal sentences are being served at the same time.

Kueng and Thao were also convicted on federal civil rights charges and were sentenced to three and 3 1/2 years, respectively. They have not yet reported to federal prison, and are scheduled to go to trial on state charges of aiding and abetting both murder and manslaughter in October.

In August, Thao and Lane rejected the final offer from prosecutors for a plea deal, advancing the case to trial. During the brief hearing, Thao said: “It would be lying for me to accept any plea offer.”

Like for Chauvin’s state trial, Floyd’ friend, Morries Lester Hall, has indicated that he plans on pleading the Fifth to avoid testing in the upcoming trial for Thao and Kueng.

Chauvin’s attorney, Eric Nelson, had argued that Hall’s testimony might reveal that he and Floyd were using drugs in the area police arrived at the intersection of 38th Street and Chicago while responding to a report of Floyd allegedly using a counterfeit $20 at the Cups Food convenience store.

The Associated Press contributed to this report. This is a breaking news story. Check back for updates.

Danielle Wallace is a reporter for Fox News Digital covering politics, crime, police and more. Story tips can be sent to danielle.wallace@fox.com and on Twitter: @danimwallace.