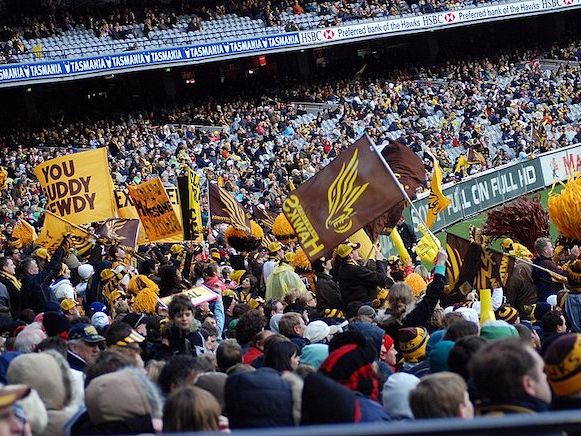 THE LIGHT-AND-SOUND show that accompanies each and every AFL game these days is not going anywhere, anytime soon.

So fans had better get used to it.

Despite the strong online support shown to last month’s article in Independent THEustralia scourge of “fan engagement” ruining the fan’s matchday experience and a recent Twitter poll which attracted over 600 voters overwhelmingly about the fans’ dislike for it – it will be a case of business for the foreseeable future.

Do you like the “fan engagement” at AFL games?

AFL crowds have dipped to their lowest levels in 26 years (excluding COVID-affected years), but the league is confident it has pinpointed the major cause of the dip and it’s not eardrum-bursting quarter-by-quarter recaps over the PA system.

The AFL has received overwhelmingly negative feedback regarding digital ticketing — the reintroduction of traditional physical tickets and membership cards is viewed as the silver bullet at league headquarters that will ensure crowd numbers rise again in 2023.

Surprisingly, despite the strong negative sentiment regarding “fan engagement”, the league hasn’t received strong feedback about it.

They would rightly point out that while most adults might not enjoy it, kids aged 15 and under might love it. Not everyone can be pleased all the time. That’s a fair point.

There might even be a sense within league headquarters that whatever they do, they’ll be criticized no matter what. However, if you were to look at a pie chart of AFL fans, the chunk representing people aged 18 and over would surely dwarf the underage slice. 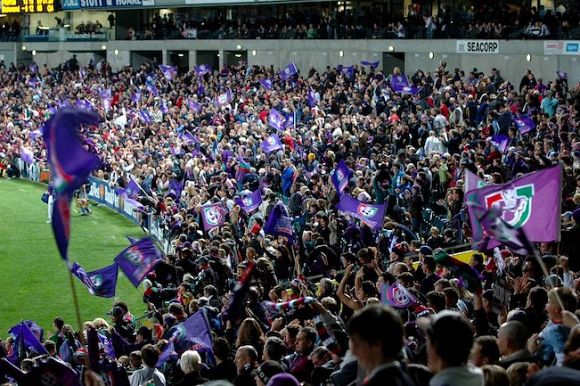 It would seem that potentially alienating the vast majority of footy fans to please the minority is counterintuitive.

So, the onus falls back onto the many fans out there who have had enough of the constant assault on their senses for two-and-a-half hours as they try and watch a game of footy.

If you are one of those many fans who are fed up with this Americanization of the AFL matchday experience, best let the AFL know. And given that clubs determine what “activations” occur during their home games, let them know too.

In this post-COVID world, clubs are trying to recoup costs and they get to do that by partnering with sponsors and creating activities before the game and in between quarters. That’s fair enough, but a balance has to be struck and right now it is way out of whack.

The digital ticketing situation shows that the AFL can be flexible if fans make loud enough noise about a particular issue.

If you reserve your angst and frustration about “fan engagement” solely for social media rather than through official AFL and club feedback channels, then nothing will change and you’ll continue to be confused about whether you’re at a basketball game or a footy game.

Stop playing feckin’ music after goals. It’s truly awful-stuff whatever fan engagement research you’ve manufactured up your skivvies, let the crowd make the noise & while I’m at it, bring back the old hats for goal umpires! pic.twitter.com/MlKEOklrbY