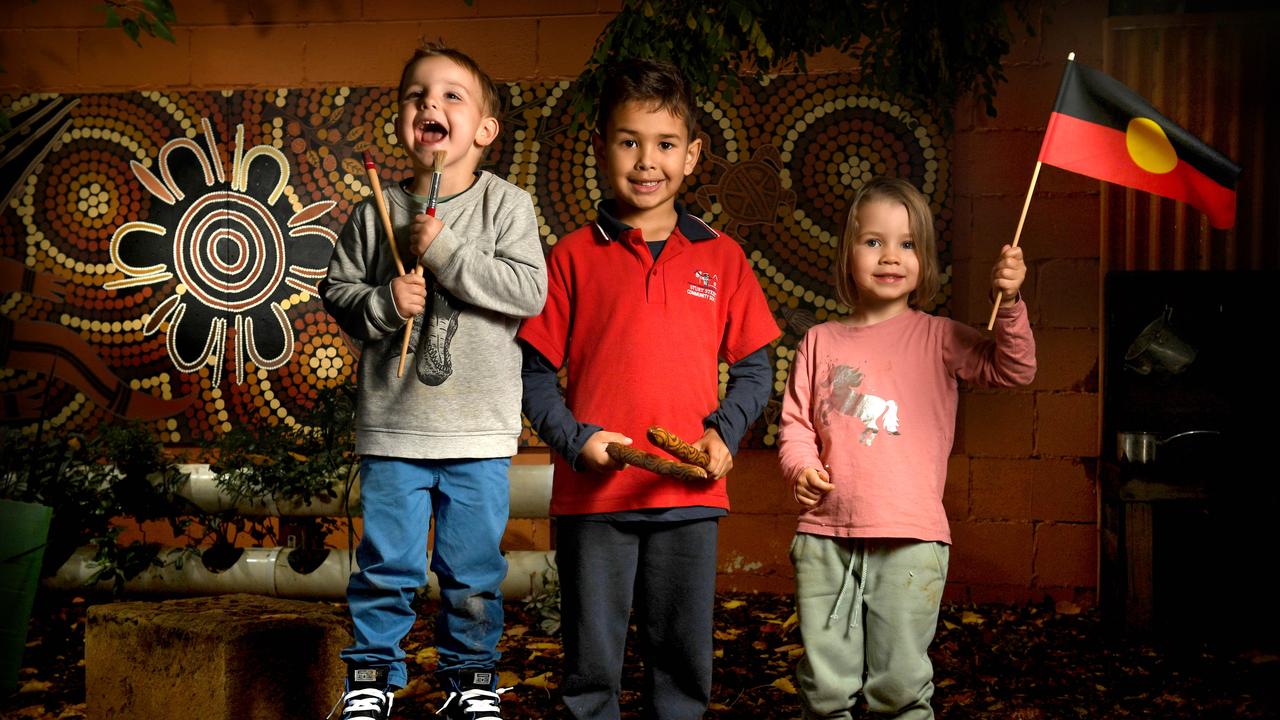 Should we teach Aboriginal language and culture in schools? What is the best approach to giving an acknowledgment of country? Will Aboriginal people have a voice to SA parliament?

Every South Australian child should have the opportunity to learn more about the local Aboriginal language, culture and history, Fearless Conversations panellists say.

Reconciliation SA chief executive Shona Reid, a proud Eastern Arrernte woman, regretted that she never had the chance to learn her people’s language.

The mother-of-seven said it would be “wonderful” if her kids could connect to Kaurna language and culture at school in Adelaide.

“I look forward to the day when you can choose it as an elective in high school and in primary school,” she said.

“We are making steps at the moment but it’s few and far between … I do get excited when I see it.”

Aboriginal Affairs Minister Kyam Maher said he has had “three or four conversations with Blair Boyer who is the new education Minister and a pretty good friend about what we can do (together)”.

Mr Maher said education in schools had come a long way in his lifetime, but there was “more work to be done”.

One of the biggest changes he has seen in the past 20 or 30 years was young Aboriginal people “much more comfortable taking pride in who they are and their culture”.

At Sturt Street Community School and Children’s Centre, Kaurna language is part of their everyday – in the good morning song, goodbye song, wellbeing “check-ins” during the day, as well as learning Kaurna names for animals, seasons and body parts. Year one student Quann, 6, who is proud of his Ngarrindjeri heritage, said the best part about school was playing soccer with his friends dele.

PERSONAL SHOW OF RESPECT IS WELCOME

HOSTS of meetings, conferences and informal gatherings should feel free to inject their own personality into their acknowledgment of country, Indigenous leaders say.

They say it is not only acceptable, but desirable, for non-Indigenous people to talk about their own connection to the land when acknowledging traditional custodians, rather than just “going through the motions” in a formulaic way.

Flinders University’s resident elder on its Darwin campus Uncle Richie Fejo, famed for his welcome to country speeches, has helped many non-Indigenous people develop their own personal acknowledgments, even youngsters.

“Recently in Darwin, there was a five-year-olds’ book club at one of the Darwin libraries and I helped them do (it) in English,” he said.

Reconciliation SA chief executive Shona Reid uses a “gratefulness puzzle” and asks children “what makes living on this land so special to you?”

“It’s just good manners, and it’s a really, really beautiful thing to do.”

State Aboriginal Affairs Minister Kyam Maher said the best approach was to think about “what it means to you”.

“Some people feel that they’re going through the motions, acknowledging country in a very formulaic way that’s written down,” he said. “(But) there’s no … absolute correct way to do things. People have different connections and different ways they want to acknowledge and I think that’s fine.”

However, he appreciated that sometimes people found it difficult “because they don’t want to do something wrong”, so in that case, playing it safe was better than giving no acknowledgment at all.

Mr Maher said the landmark Uluru Statement from the Heart, a document which new Prime Minister Anthony Albanese referenced during his victory speech, was a “blueprint” for reconciliation for all to follow.

“The way the new federal Labor government goes with their implementation of the Uluru statement – ​​voice, treaty, truth – will impact what we do here, but we are committed to state-based implementation as well,” he said.

The process would start with a period of consultation with Aboriginal people in SA “about how our voice looks”, Mr Maher said.

“We are absolutely determined to consult thoroughly to make sure that this is a model that is supported by Aboriginal people and Aboriginal communities,” he said.

“I would hope and expect we can do this within a year.”

The Uluru Statement from the Heart was constructed in 2017 by Aboriginal elders and calls for a “First Nations voice” in the Australian constitution.

The Opposition plans to again table its Bill for an Aboriginal Aboriginal representative body, which was first tabled late last year by former Premier Stephen Marshall, but never put to a vote.

“Identifying that appropriate representative body is such an important building block to a voice, to parliament, to the executive, to relevant arms of government and so on,” Mr Teague said.

“When asked the question about a voice … it’s very important to make sure that that’s a voice that’s an inclusive voice and a credible voice, and that it has the means by which to be robust, well informed and then to be effective in its advocacy to the government.”

Speaking at this week’s Fearless Conversations Forum on Reconciliation, Reconciliation SA chief executive Shona Reid said that the Uluru statement was not only about enshrining a voice to parliament in the constitution.

Host Jane Doyle encouraged everyone in the audience, if they had not already, to read the statement, which she described as a “beautifully written document”.

“Those few hundred words invite all Australians ‘to come together and have those conversations, whether they’re at the corner store, or over a dinner party, or indeed in our federal parliament’,” Ms Doyle said.