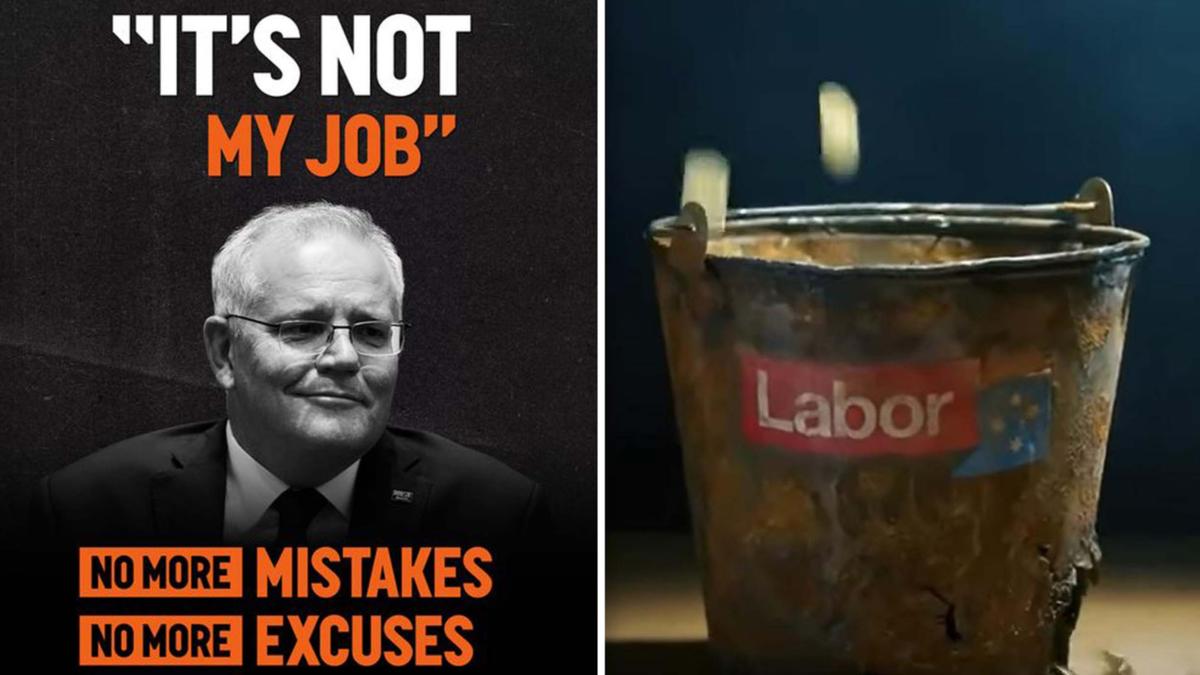 If you’re over our major parties taking shots at each other – or have reached for the earmuffs to drown out those pesky election jingles – we have some good news for you.

A ban on Federal election advertising will kick in from 12.01am Thursday – and run until the close of polls on Saturday.

Those fed up with the ads have the Broadcasting Services Act 1992 to thank for the respite, with the legislation banning political advertising on television and radio platforms during “the three days prior to an election”.

The Australian Communications and Media Authority expanded on what is commonly referred to as “the blackout period”, saying: “You cannot broadcast any election ads from the end of the Wednesday before polling day until the close of the poll on polling day.”

“This rule applies to general elections and by-elections for the state, territory and federal Parliaments. It does not apply to local government elections.”

But you won’t be able to totally escape the Coalition’s “hole in the bucket” campaign against Labor, the ALP’s “It’s not my job” dig at Scott Morrison, or Clive Palmer’s party promising to cap mortgage rates at 3 per cent for five years.

ACMA adds that “the blackout period only applies to broadcasters.”

It means online services – including social media and YouTube – can still publish election ads during the blackout period, while print media is also excluded.

And parties are spending big in the digital space, which has been described as the Wild West and a free for all.

Reports today found Anthony Albanese-led Labor has spent as much as $100,000 a day pushing its cause to Aussies on Facebook over the last week, mixing policy and negative advertising.

Morrison’s Liberal Party meanwhile is spending much less – $117,000 in the same seven-day period on Facebook – and aiming instead for YouTube views and an advertising war chest for the campaign’s final days.

Billionaire Clive Palmer’ has chased YouTube eyeballs to promote the United Australia Party’s cause, spending close to $7 million on ads since August.

“If we look at where these ads are appearing, Labor is continuing to use social media as its main digital media channel while the Liberal party appears to be taking a leaf out of the United Australia Party’s book with video ads, upping its YouTube ad spend dramatically,” Pathmatics regional director Eugene Du Plessis told The Daily Telegraph.