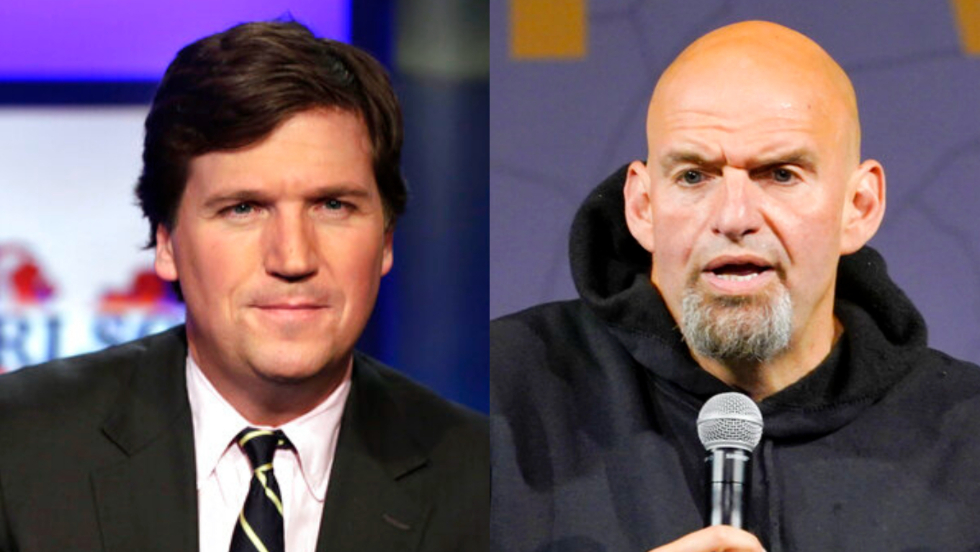 Pennsylvania Lt. Gov. John Fetterman, the Democratic nominee for Senate, on Sunday fired back at Fox News host Tucker Carlson over comments mocking his tattoos during a show earlier this month.

“All your stupid little fake tattoos, it’s a custom, of course. Duh, it’s not real,” Carlson said of Fetterman during his show’s opening monologue on Sept. 7, when he portrayed Fetterman as weak on fighting crime.

Fetterman, in an op-ed for NBC News, called the monologue “unhinged” and explained how the nine tattoos on his right forearm indicate the dates when someone died violently in Braddock, Penn. while Fetterman served as mayor.

“Gun violence and violent crime might be a joke to someone like Carlson, but they are very real to people in towns like Braddock,” Fetterman wrote.

“My decision to mark these deaths with tattoos was inspired in part by their permanence — the fact that these people, their stories and my town will be with me forever,” he added.

Fetterman is hoping to flip Pennsylvania’s Senate seat this November as incumbent Sen. Pat Toomey (R) withdraws. Fetterman faces Republican nominee Mehmet Oz in what is expected to be a close race, although polling generally indicates Fetterman has a slight edge.

In the op-ed, Fetterman detailed some of the victims’ stories represented by his tattoos, including a man who was dead shot while delivering pizzas and a 23-month-old girl who was found dead after her father sexually assaulted her.

Fetterman said gun violence in the town is what drove him to run for mayor. He also tattooed “15104,” Braddock’s ZIP code, on his left arm.

“I get that etching art permanently onto your body isn’t how most politicians would express their connection to their communities,” he wrote. “But I didn’t care about what anyone else thought. It felt right to me.”

Fetterman’s unconventional style goes beyond his tattoos. The Pennsylvania Democrat is also known to wear hoodies and shorts during campaign events, rather than a suit and tie.

Carlson in the Sept. 7 monologue also took aim at the fashion choices.

The Hill has reached out to a Fox News spokesperson for comment.

Fetterman also took aim at Oz in the article for NBC, saying the celebrity doctor was at the time “peddling miracle cures” and living in a New Jersey mansion, criticisms of the Fetterman campaign has frequently lobbed in the general election race.

“I’m the only candidate in this race who has fought violent crime and won,” Fetterman wrote.