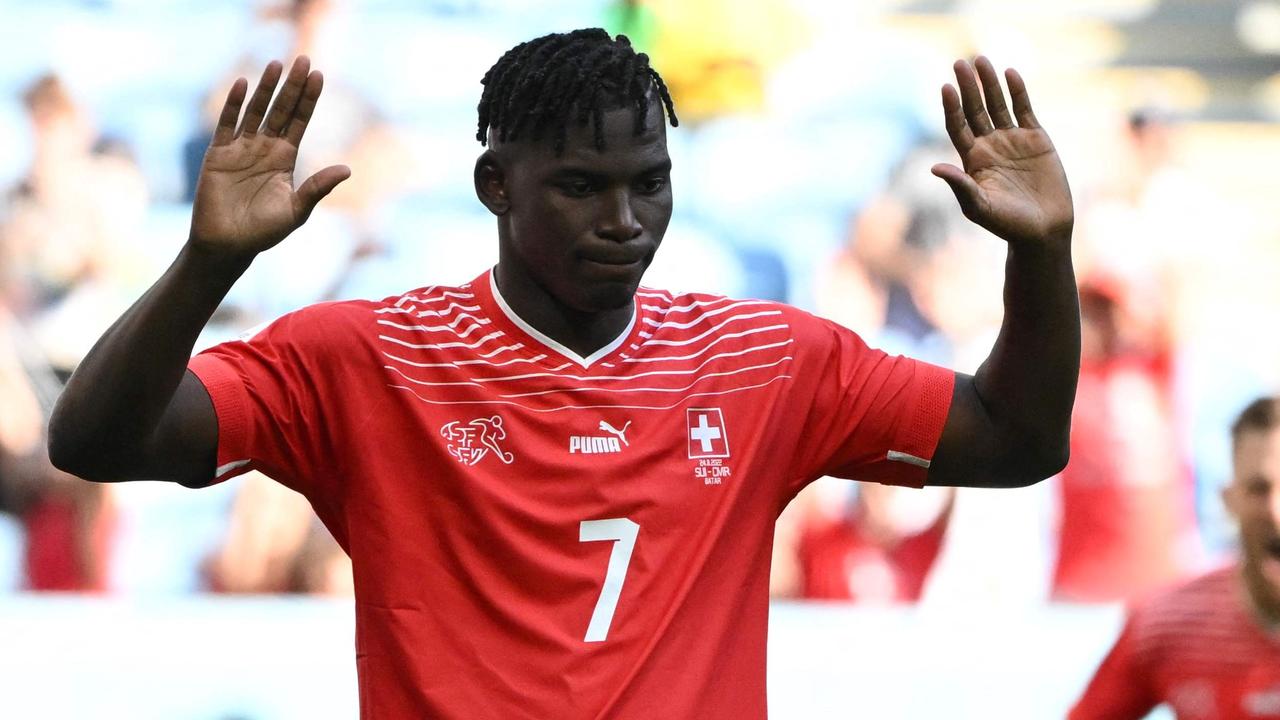 The World Cup rolls on with upsets stealing the limelight in the early going of the opening group stage games.

Germany joined Argentina as a shock first-up loser when it fell to Japan 2-1 early on Thursday morning.

But Spain made no mistakes, pumping seven goals past Costa Rica to record their biggest ever World Cup win.

A pre-tournament favorite takes to the pitch on day 5 with some highly-fancied outsiders also in action to show off their credentials.

Read on to see how all the matches of Day 4 play out in Qatar.

How to watch and stream the 2022 World Cup

Uruguay and South Korea played out a scoreless but entertaining first half, in which both teams created chances and failed to convert them.

Just before the 20-minute mark, Uruguay’s Francisco Valverde controlled a long, lofted ball beautifully inside the box and unleashed a well struck volley, which sailed over the crossbar.

Two minutes later, another long ball from the halfway line caught out the South Korean defenders on the right side. Jose Gimenez sent a well-measured cross across goal, but the onrushing Darwin Nunez couldn’t quite get to it.

South Korea, the undisputed underdog in this one, blew an even better chance around the half-hour mark. Hwang Ui-jo found himself unmarked ten yards out from goal as the ball came to him along the ground. He decided not to take a touch before shooting, and only managed to carve an effort over the crossbar.

“He’s never going to forget that.”

Right on the stroke of halftime, veteran Diego Godin headed goalwards from a Uruguay corner. His effort rebounded off the inside of the post and trickled away harmlessly.

Both teams will feel capable of winning this match going into the second half.

A true tale of two halves in the opening encounter for Group G on Thursday with Switzerland claiming the 1-0 win over Cameroon. The loss makes it eight straight World Cup losses for the African nation.

The 15th ranked Switzerland flipped the momentum in the second half and took the three points to get their campaign underway.

Cameroon, ranked 43rd, put their more fancied rivals to the sword in the opening 45 minutes but couldn’t capitalize on multiple opportunities.

Once the second half got underway the Swiss outfit put their foot down and found the back of the net only three minutes in.

A picture perfect cross from Xherdan Shaqiri found Breel Embolo unmarked in the middle of the box and he calmly slotted the ball past Andre Onana.

Embolo however refused to celebrate the moment out of respect for his rivals having been born in Cameroon before he switched allegances to Switzerland. Embolo’s father still lives in Cameroon.

Switzerland continued to pepper the Cameroon goalkeeper and defense throughout the second half and were unlucky to not find the back of the net for a second time.

Switzerland will take on Brazil in their next game with Cameroon next playing Serbia.

FIFA have opened disciplinary proceedings against Ecuadorian fans after a section was allegedly heard singing homophobic songs against Chile during the World Cup opener.

The move while clearly the correct path of action to stamp out any such behavior from fans, it’s hard not to spot the hypocrisy in it all.

Several captains were expected to don one love armbands throughout the World Cup, but those attempts were squashed when they were threatened with yellow cards if they did so.

Football commentator Simon Hill couldn’t help but point out the hypocrisy in it all.

Playing in their first World Cup in 36 years, the Canadians fell 1-0 to the European powerhouse but dominated play, finishing with 21 shots on goal compared to nine and had the upper hand in the territory battle.

Hardman was so impressed he gathered his troops on the pitch after the final whistle and delivered a rousing speech, reportedly saying: “I just told them they belong here. And we’re going to go and ‘F’ Croatia next. It’s as simple as that.”

Herdman said he could not fault Canada’s endeavor but conceded they had missed a chance to add to the growing list of early upsets in Qatar.

“But you need to take three points in your first game. We had an opportunity tonight to be top of the group, that was the mission, and we missed it.

“But I’m proud of the performance. These lads showed that they can live on this stage and I think they made the fans proud and made them feel that they belong here.”