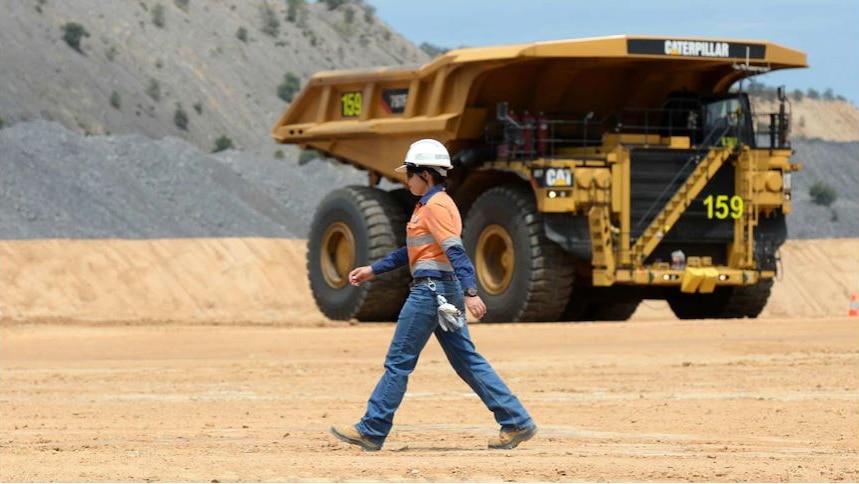 The WA government will support all recommendations made to it by a scathing review of sexual harassment in the state’s fly-in fly-out sector.

The report, titled Enough is Enough, detailed how women in the industry had been subjected to “an appalling range of behaviours”, as well as the “failure” of mining companies to act.

Three months after that report was tabled in parliament, Industrial Relations Minister Bill Johnston is today presenting the government’s response.

It will include minimum standards for workplace accommodation and funding for a community legal and advocacy centre.

Mr Johnston said work was also already underway to improve the effectiveness of the state’s industrial regulator, including the creation of a “fully resourced, culturally appropriate expert group”.

“We’ve already trained up all of our inspectors on psychosocial hazards, we’ve also trained a number of people on a specialist program for dealing with sexual harassment and we’re going to continue to roll that out across WorkSafe,” he told ABC Radio Perth.

“But there is now a specialist team to respond to sexual harassment matters.”

The creation of that specialist group was a key recommendation of the report, having found issues with the regulator’s oversight of sexual harassment in the industry.

In its report, the parliamentary inquiry questioned how the Department of Mines, Industry Regulation and Safety — of which WorkSafe is part of — had only received 22 reports of sexual harassment across a seven-year period, when police had investigated 23 in two years.

“There is no doubt that government has moved significantly over the last 12 months since the inquiry first began,” opposition MP Libby Mettam, who chaired the inquiry, said today.

“It was clear that the agencies had very little visibility over these very serious matters which were exposed through the inquiry, and which were reflected in the recommendations which have now been supported by the government.

“That is only a positive, and I look forward to seeing these recommendations being implemented.”

There is now a 24/7 triage service available to workers who make complaints to WorkSafe, who can then refer people to the specialist sexual harassment team.

The report also found issues in the way data on sexual assault and harassment was collected across the industry, and by the regulator.

In response, the government has commissioned an independent four-year project to review existing data, while also improving other processes.

“Clearly government was not aware of the extent of the problem in the past. We can’t allow that situation to continue,” Mr Johnston said.

One idea raised by the inquiry was the idea of ​​an industry-wide blacklist to prevent perpetrators from moving between sites when complaints were made.

Mr Johnston said the government had already explored legal pathways at its disposal and could not find a way forward, but would continue to work with industry on other ideas for a similar scheme.

“I understand the challenges with that because there may be legal questions that industry can’t solve, and if that’s the case we’ll have to see what they do,” he said.

Ms Mettam said she hoped the government would help lead the charge for something like that scheme.

“This recommendation is challenging but it is vitally important,” she said.

“I hope that the government will illustrate some leadership and support the implementation of that important recommendation.”

WA’s Chamber of Minerals and Energy supports the idea of ​​a blacklist, but acknowledged the challenges in implementing it.

“There are some complex issues that are present with the creation of this register, both legal and practical,” the Chamber’s Manager of Health, Safety and People, Laila Nowell, said.

“We have engaged…with a number of stakeholders and members to explore how we can meet this intent in a way that we get it right the first time.”

Ms Nowell said the CME was also looking at the potential for getting potential employees to sign a statutory declaration declaring they had not been previously investigated for sexual harassment.

If the employer then found this was not true, they would have grounds for dismissal.

Association of Mining and Exploration Companies (AMEC) chief executive Warren Pearce said the industry faces the same difficulties as government when it comes to the development of a blacklist.

“We need a practice to be able to do that, however there are significant legal restrictions that prevent us from setting up a banned offenders register in the way it’s been suggested,” he said.

“That said, there are a range of measures industry is looking at, with the Chamber of Minerals and Energy and the Mineral Council Australia seeking legal advice about what we can do.”

Mr Pearce said it really came down to “beefing up” pre-screening and vetting processes and making sure there were strong practices for checking references.

“Ultimately, where someone has been convicted of sexual harassment or assault it is quite easy to ensure they are not picked back up in the industry,” he said.

“However, a lot of times what happens is when a complaint is made and an investigation begins, that employee resigns, bringing an end to the investigation.”

He said by that stage it was hard for employers to pass information on around those issues.

“So, there is a range of legislative changes that would be required if we were to set up the concept as imagined in the parliamentary committee, addressing privacy legislation, industrial relations legislation, and of course defamation and slander.”

Community legal to be established for support

A community advocacy and legal center will also be established, to help support victims in the wake of sexual harassment or assault.

“The idea is the community legal service, independent of government … can listen to the perspectives of victims and work with them about what action might be appropriate,” Mr Johnston said.

“If that process shows that there’s an opportunity for restitution or for action, then they can refer them onto a law firm to take action further.”

Reforms to define sexual harassment in legislation and to remove the requirement for victims to prove harassment had or would disadvantage them in their employments, which were recommended by the report, were already on the cards, and are expected to be passed early next year.

Mr Johnston said while the government was doing what it could, it was industry’s efforts that would lead to real change.

“In the end, this is about culture in the sector, and there will only be improvement when the industry itself steps up to the mark and does better,” he said.

“I’m pleased that the industry’s starting to look at this more seriously, and we want to work with them to make sure that there is genuine culture change in the sector.”

“It is important to recognize that it’s those women [who gave evidence]and their experience, which is the center of all of this,” she said.

“That’s why I’m pleased that the government is taking the recommendations of the report seriously.

“It is vitally important that industry and government work collaboratively to deliver on the recommendations of this inquiry.”

Non-disclosure agreements part of the problem

Tanya has worked in mining as a geotechnical engineer for 25 years and said the report correctly identified a culture that needs to change.

“Part of what has been a challenge so far is the NDAs that every employee has to sign, so having another way that people can report these issues outside of just dealing with the mining companies themselves is exactly what’s needed,” she told ABC Radio Perth .

Tanya said the sector has a long way to go, but she remains hopeful for women in mining.

“I think we’re at the beginning but I can’t see why it can’t be achievable. It’s what we would all hope for and expect in our culture.”