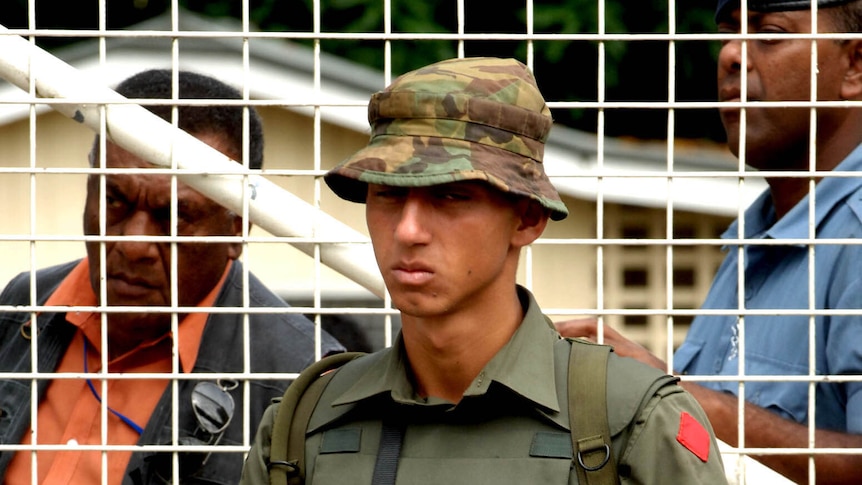 Fijian Prime Minister Frank Bainimarama says he is “deeply concerned” after his son was charged with a string of assault and domestic violence offenses in Australia.

He is also accused of destroying or damaging property and ally distributing an intimate image without consent.

In a statement, the Pacific Island leader said the charges brought against his son were disturbing to him and his wife and sought to distance the matter from his government, which is facing an election later this year.

“My son is not a member of the Fijian government and this is not a political or diplomatic matter,” Mr Bainimarma said in a written statement.

“Of course, Mary and I are deeply concerned and disturbed about the charges.

“During my service as prime minister I have openly and routinely condemned violence perpetrated against women and children, and that commitment is unwavering.”

Mr Bainimarma said it would not be appropriate to comment further while the matter remains before Australian courts.

“My focus must be on my duty to secure a safer and more prosperous future for all Fijian families,” he said.

“In the meantime, I ask the media to allow due process to take its course.”

There had been an Australia-wide suppression order on proceedings but it was lifted by Magistrate Leanne Robinson in Sydney’s Windsor courthouse on Friday after it was challenged by lawyers from the ABC.

The Fijian national’s lawyer unsuccessfully argued in court for the non-publication to continue, saying news coverage could influence any future trial.

Lawyer Tony Edward told the court his client would reply on “his good character in his defence”.

Ratu Meli Bainimarama is currently on bail and his matter is due back in court on October 13.