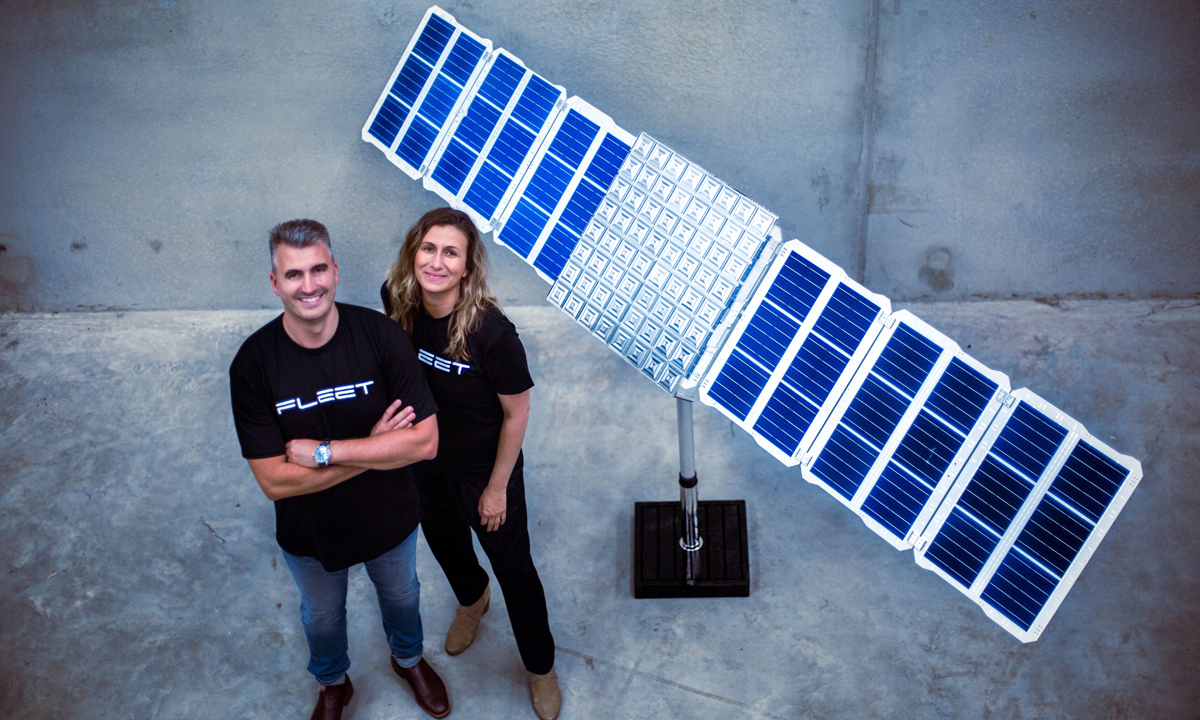 Fleet is among one of the nation’s fastest growing high-tech space companies and plans to operate across two facilities in Beverley and a site at Lot Fourteen after numbers jumped from about 30 toward the end of last year.

She said the company could now manufacture more satellites on site, adding to its existing 12 already launched.

“This means we can manufacture about satellites and year … and grow from having just 10 percent of our satellites built in Australia to with the new warehouse, reaching 60 percent,” she said.

Fleet had outgrown its first warehouse and created the second state-of-the-art headquarters a few doors down, as it works to expand its satellite constellation to realize the potential of Internet of Things devices.

Deputy Premier Susan Close officially opened the new building for the company that has pioneered the use of 3D printing to make its own satellite parts, driving cost and production efficiencies in the manufacture of satellites.

The South Australian Government is investing $20 million in Australia’s first dedicated space manufacturing hub where the company’s next expansion will take place.

Fleet announced last year that it would build a factory at the new airport site to specifically design, engineer and mass manufacture a constellation of 288 new 3D printed microsatellites to unlock greater connectivity faster and in more locations.

“South Australia is proud to be home to a thriving space ecosystem consisting of innovative companies, like Fleet, that are pushing the frontiers of smart technologies and creating new high-tech jobs for South Australians,” Close said.

Fleet Space claims it is among the fastest growing high-tech companies in the nation with a $36 million capital raised successfully completed last year to expand its workforce and increase capacity.