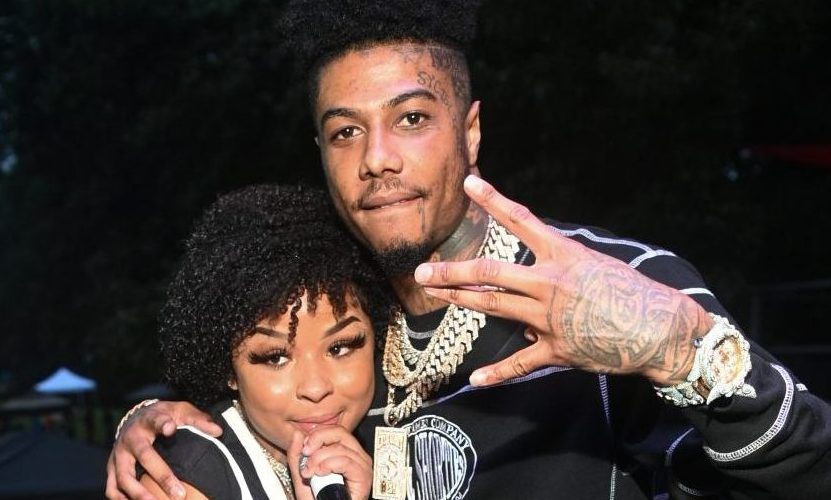 If loving Blueface is wrong, Chrisean Rock doesn’t want to be right. Things have just escalated to what some may say is the point of no return after Chrisean shared on Instagram that her Blue and her father got into a physical altercation while visiting her family in her hometown of Baltimore, Maryland. “So my boyfriend knocked my dad out. The family stuff didn’t go well. I don’t even know what’s going on.”

It didn’t take long for Karissa, Blue’s mother, to call out Chrisean for lying. However, shortly after, a video of the fight began to surface, confirming it was true. In front of the John Hopkins Business School, several people, including Zeus Networks production crew, can be seen running around frantically. An unidentified man in the background could be referring to Blue saying, “Ohh s**t, he just knocked his a*s out.”

Several of Chrisean’s family members tried to run up on Blue, including one of her sisters, Tesehki. Spotted wearing a bright orange wig, the aspiring artist was distraught.

Outside of the physical altercation, another one of Chrisean’s family members called her out on social media to rumble. The woman wrote, “Chrisean, you really green asf. Y’all on some weird a*s bit** sh**. COME FIGHT ME!! And f**k ya’ll. No need for names. Y’all know exactly who tf y’all are.”

While Blue has not spoken out about the fight, many have pointed out the toxicity of the relationship and the past altercation involving Chrisean against Karlissa and her daughter Kaliwae in May. Roommates, drop a comment and let us know your thoughts on this drama!