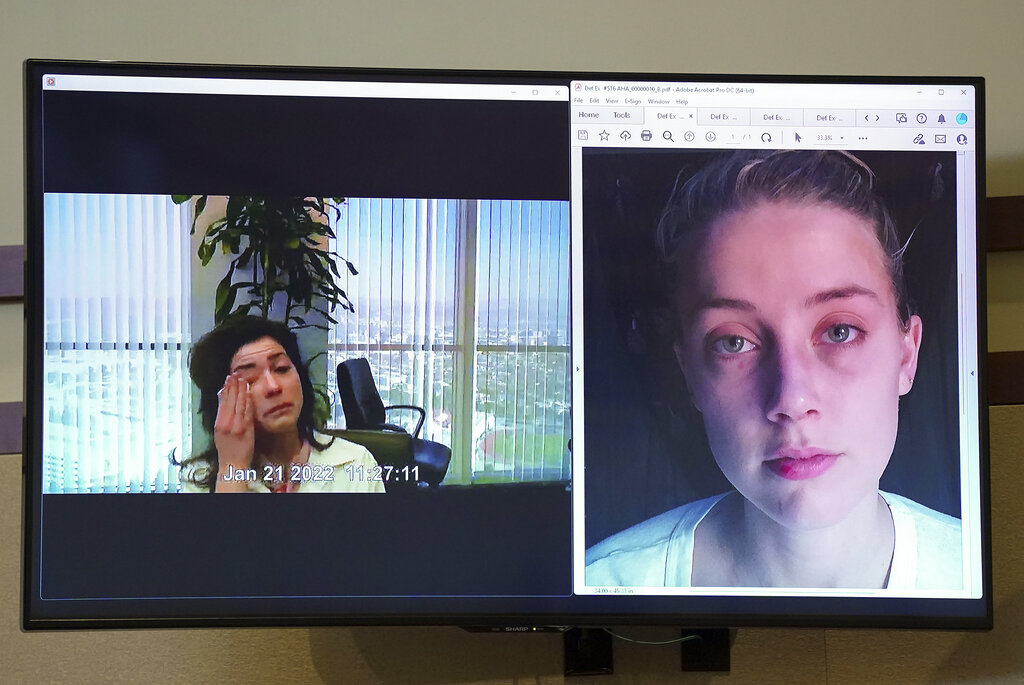 A friend of Amber Heard testified on Wednesday about seeing the extent of the actress’ injuries following arguments with Johnny Depp.

“I was scared for Amber,” said Raquel “Rocky” Pennington. “I was so sad for Johnny, because he is my friend too, and I really wanted them to be able to get it together.”

Pennington’s testimony came via the video deposition from January. The great deal of her testimony centered on seeing Heard in the aftermath of an argument she had with Depp in December, 2015.

The jury was shown a photo of Heard that Pennington said was taken that night. Fighting back tears at moments, Penning described how the picture was of Heard with two black eyes and a swollen bottom lip.

Pennington also described the injuries in questioning by Depp’s attorneys.

Heard’s head was “raw and red,” she said, and there was “a bloody patch with her hair missing.” Asked if Heard’s face could have been red from crying, Pennington said, “It could have been.”

But jurors were also shown other photos from that evening, including a photo of a clump of hair on the carpeted floor. Pennington testified that it was her understanding that the hair was Heard’s. She also said that she did not

Pennington said that they called for assistance from a private nurse at the penthouse, who instructed her to not let Heard got to sleep that night and to monitor her speech.

In video testimony that ran on Tuesday, Pennington, a mixed martial artist, said that she and Heard no longer are close. She said that they no longer speak but they are “not enemies.”

“I wanted to spend more time with other people in my life and prioritize other relationships,” she said.