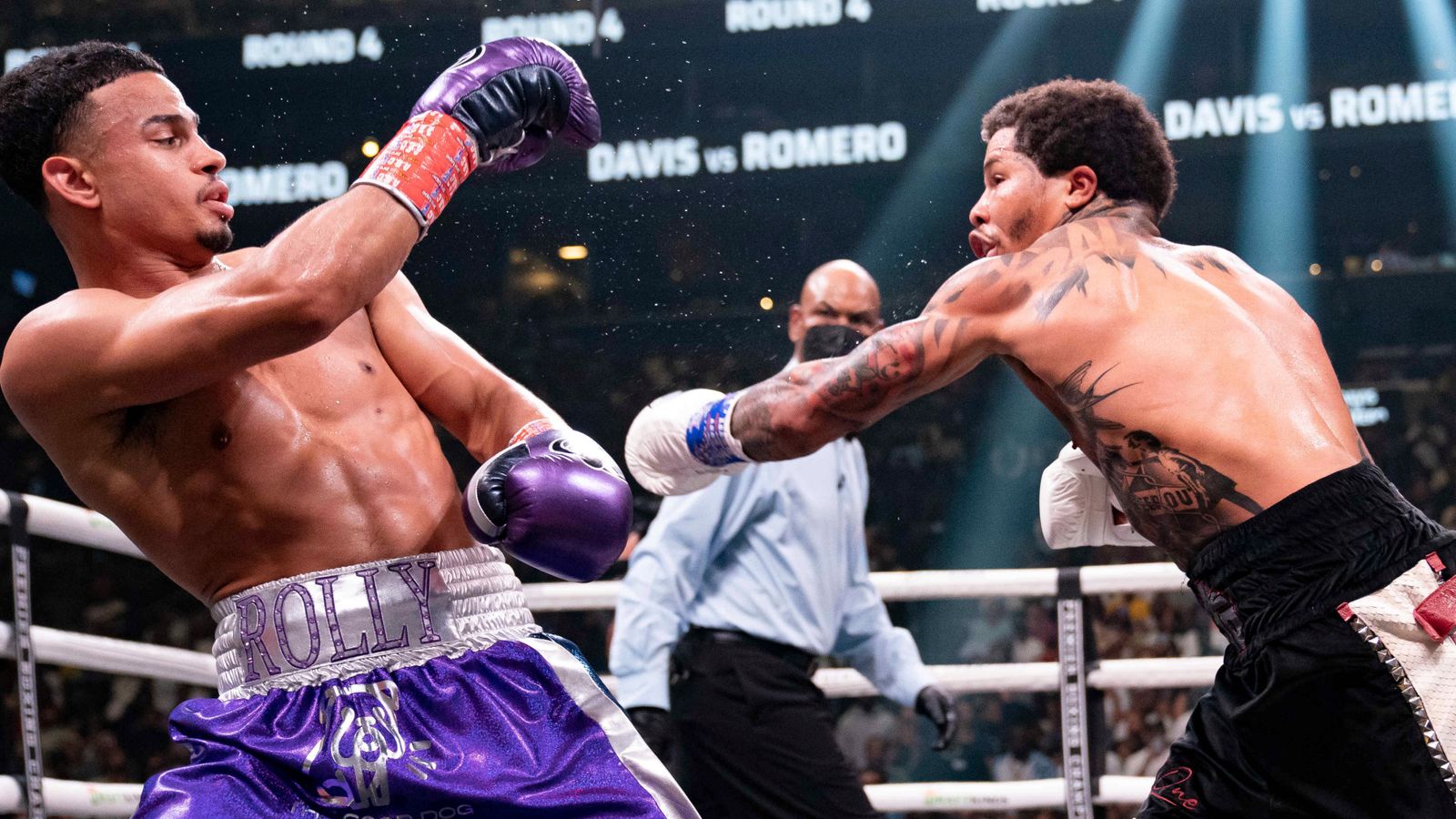 Gervonta Davis regained his knockout power and retained his lightweight title Saturday night after stopping Rolando Romero in the sixth round.

Davis landed a crushing left hand near the corner and Romero fell forward into the ropes. He struggled and got up but was wobbly the whole way and referee David Fields ended the fight.

The three-division champion (27-0, 25 KOs) had to go the distance in his last win for only the second time in his career, and Romero said that showed Davis was vulnerable as a result.

If Davis was, it wasn’t for long. He appeared to hurt his left hand on a punch in the fifth round, but there was nothing wrong with it in the next. Romero lost for the first time in 15 pro fights.

It was an electrifying end to the return of big-time boxing in Brooklyn, where Davis won his first title in 2017. He drew an arena-record 18,970 for this fight, the first big card at Barclays Center since before the pandemic began two years Aug.

In December, he and Romero were supposed to fight, but the challenger was taken off the card while a sexual assault claim against him was investigated. Davis went to beat replacement Isaac Cruz by decisive on, after having knocked out every opponent since 2015.

The fight was then rescheduled after no charges were filed against Romero and the buildup featured plenty of trash talking from the challenger. Davis laughed off most of the talk, but was annoyed enough to shove Romero off the stage at their weigh-in Friday.

The Baltimore native hit him a lot harder Saturday. Romero repeatedly boasted he would knock Davis out in one round, but the only meaningful punches in the first three minutes were landed during a fight in the stands. He did score well with some shots in the second, but then lost the chance to follow up when he shoved Davis to the canvas as they clenched.

The fight was fairly even through four rounds and Davis appeared to be on his way to his most dominant round in the fifth when he suddenly grimaced after appearing to hurt his hand. Whatever the problem was didn’t last very long..