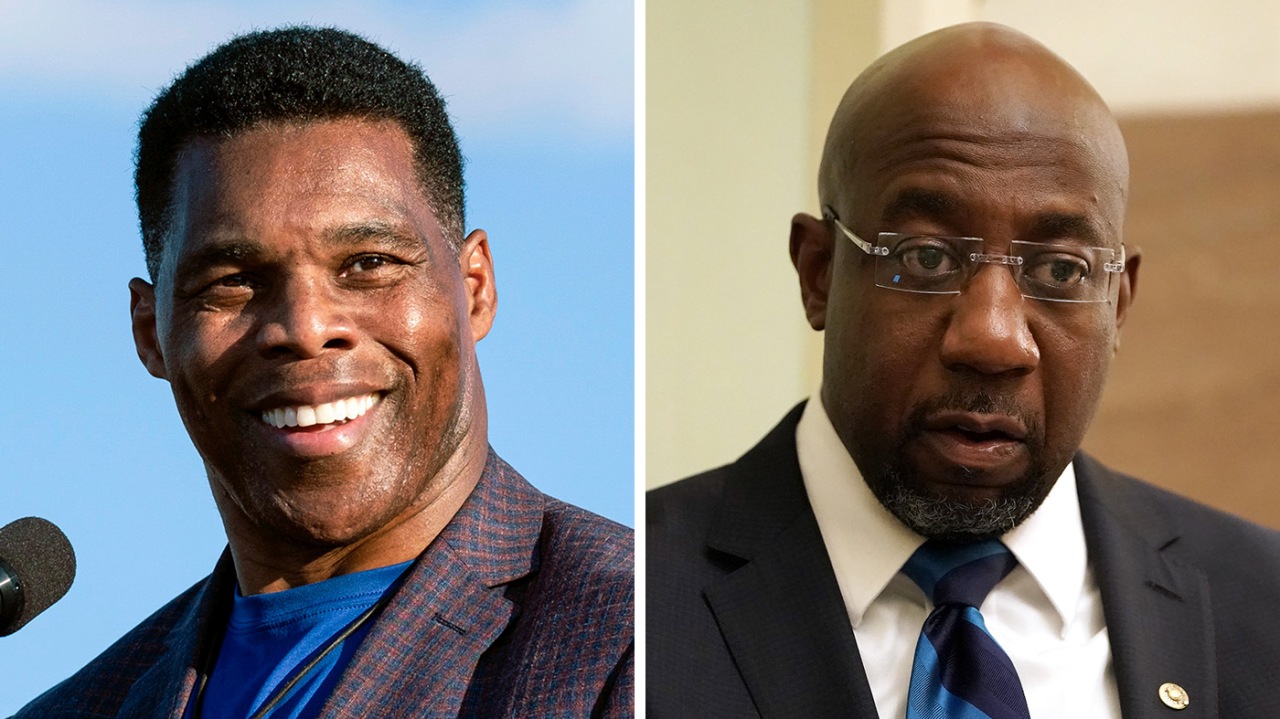 Republicans are experiencing a jolt of optimism in Georgia’s hotly contested Senate race amid signs that their candidate, former football star Herschel Walker, is starting to close the gap with Sen. Raphael Warnock (D).

And despite the surge that Democratic Senate candidates have seen in other states over the past two months, the polls in Georgia have shown a race that’s largely tightening. An InsiderAdvantage-Fox 5 Atlanta poll released earlier this month found Walker with a 3-point lead over Warnock — a reversal from July, when the Democratic incumbent led by the same margin.

“I think you’re seeing the professionalization of Herschel as a candidate,” said Chuck Clay, a former state senator and Georgia GOP chair. “He is who he is. His dele early on statements that were kind of goofy or off the wall — but never malicious or mean-spirited — have sort of been brought under control.”

As he faced a rocky summer on the campaign trail, the former Dallas Cowboys running back moved to revamp his political operation, bringing on a team of veteran Republican operatives including longtime strategist Chip Lake and Gail Gitcho, who served as communications director for Sen. Mitt Romney’s (R-Utah) 2012 presidential campaign.

“They’ve focused him, and he’s also trained himself to be more focused, to be less loquacious, and I think it’s showing,” the strategist said.

The result has been a more-focused campaign; Walker has more regularly hammered Warnock on issues like inflation, crime and border security, while playing himself up as a uniting force. In one ad from Walker and the National Republican Senatorial Committee (NRSC) released earlier this month, he charges for using “race to divide” Americans, adding that he wants to “bring us together.”

Ousting Warnock would be one the GOP’s biggest victories of the year, if the party can pull it off. Republicans need to net just one seat in the Senate to recapture their majority, and given President Biden’s ultra-narrow win in Georgia in 2020, the state still represents one of their best targets.

Speaking to reporters on Tuesday, Sen. Rick Scott (R-Fla.), the chair of the NRSC, said he was confident in Walker’s chances in November and predicted that Republicans would ultimately end up with “52-plus” seats in the Senate next year.

“I think we’re going to get 52,” Scott said. “I think Herschel Walker is going to win.”

In one sign that Washington Republicans are more enthusiastically eyeing the Georgia Senate race, Punchbowl News reported on Tuesday that Senate Minority Leader Mitch McConnell (R-Ky.) will host a fundraiser for Walker this week — his second event benefiting the former NFL star in less than a month.

Another GOP heavyweight, Sen. Ted Cruz (Texas), also trekked to Georgia last month to stump for Walker. One Republican consultant described the flurry of activity from national GOP figures as a sign that party leaders “are closing ranks” in the run-up to Election Day.

But Warnock, an affable Atlanta pastor who narrowly won his Senate seat last year in a high-stakes runoff election, won’t be easy to unseat.

He has both the advantage of incumbency and more campaign cash than Walker. And while some polls have found Walker closing in on him, others — including a Marist College survey released on Tuesday — still show Warnock with a solid lead.

And Walker isn’t immune to the same challenges facing Republicans nationally. Former President Trump’s reemergence as headline-grabbing figure could resurface questions about Walker’s ties to him, especially given that the former president endorsed him early on in his campaign.

Trump hasn’t been to Georgia in months, despite stumping for Republican candidates in other Senate battlegrounds more recently, though he is said to be weighing a potential rally in the state in the coming weeks, according to a person familiar with the matter.

The Atlanta Journal-Constitution first reported that the former president may be considering an upcoming campaign event for Walker.

There’s also the ongoing fight over abortion rights that has put Republicans in a politically precarious position since the Supreme Court overturned Roe v. Wade over the summer. After Sen. Lindsey Graham (RS.C.) introduced legislation last week that would ban abortions nationally after 15 weeks of pregnancy, Walker said he would support such a policy.

Yet many aspects of the race between Warnock and Walker are personal.

Warnock has sought to highlight Walker’s gaffes and his messy past, including allegations of domestic violence and exaggerations about his business and academic achievements. Walker, meanwhile, has responded with questions about Warnock’s finances, including the $7,400 monthly housing allowance he receives as the senior pastor of Atlanta’s Ebenezer Baptist Church.

Warnock’s campaign has defended the senator’s financial arrangements, saying that they abide by Senate rules.

But perhaps the most daunting reality for Warnock — or any Democrat for that matter — is the political environment this year. The party in power almost always loses ground in Congress in midterm elections, and despite the Democrats’ recent momentum, the party still faces a tough challenge.

Republicans also said that they’re not surprised that the Senate race in Georgia has tightened in recent weeks. It’s still among the most competitive of the year, and election handicappers across the board have kept it firmly considered in the toss-up column.

“The race was always going to get closer,” Clay, the former Georgia state senator, said. “Herschel has become a much better candidate through the process. And now it’s down to the last 1 or 2 percent that’ll make that call.”

“Can Herschel win? Yes,” he added. “Do I still say slight advantage for Warnock? For now, yes.”