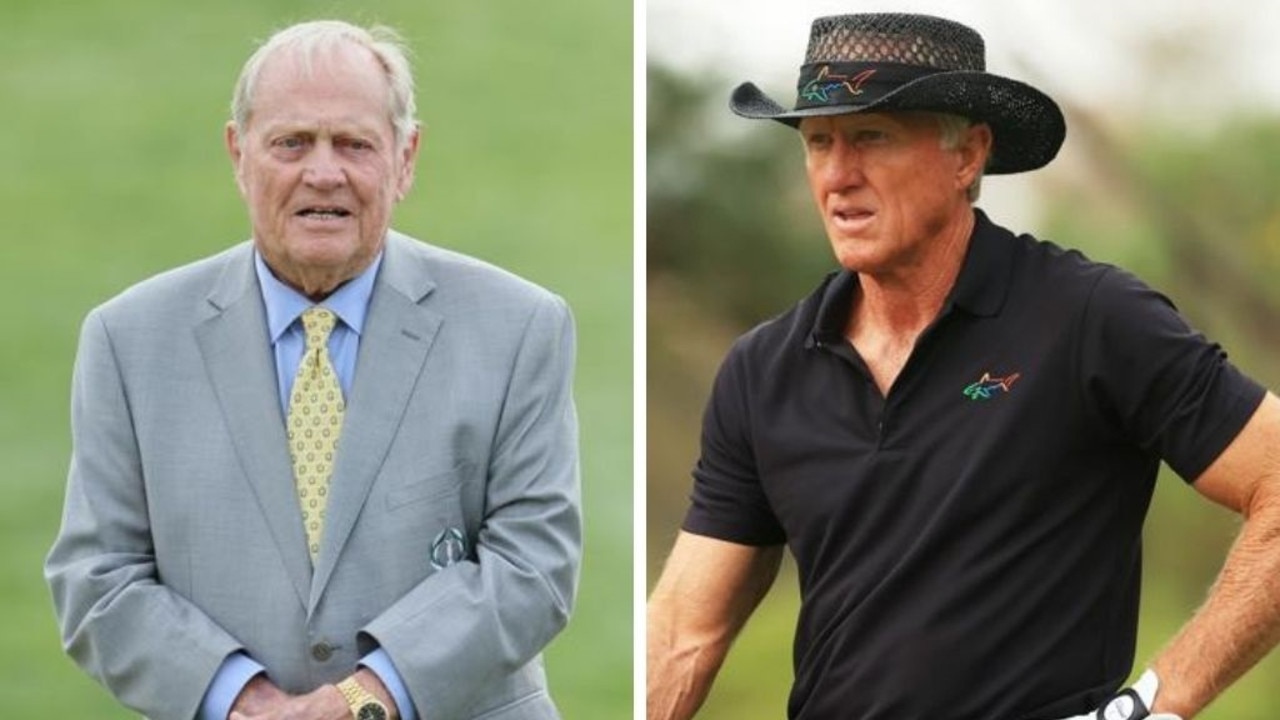 Greg Norman has come out swinging in defense of his rebel golf league, taking a huge dig at fellow legend and former friend Jack Nicklaus.

Norman is heading up LIV Golf, the upstart golf league that is seeking to disrupt the PGA Tour. The venture is backed by the Saudi government, the New York Post reports.

Nicklaus told the Fire Pit Collective that he turned down over $140 million to do the role Norman essentially took, citing loyalty to the PGA Tour, which he helped shape.

Nicklaus was a longtime mentor to Norman, and Norman has even referred to him as a “father figure”, but the two have become estranged amid Norman’s LIV affiliation.

“One hundred percent truth? Jack’s a hypocrite,” Norman told the Washington Post. “When he came out with those comments, I’m thinking: Jack must have a short memory.”

Norman claims in the story that Nicklaus had attended a LIV presentation, and even emailed that the upstart tour had his blessing.

“Quote-unquote, he said: ‘This is good for our game. If it’s good for the game of golf, it’s good by me’,” Norman said. “So, you want the facts? You’ve got the facts. Know what you said before you open your mouth.”

Nicklaus is being sued by his own company, which in part claims it had to talk him out of a role with LIV, which he’d been allegedly dealing without looping the Jack Nicklaus Companies in.

Norman has been repeatedly accused of “sportswashing” — the act of using sports to give legitimacy to despots — with the Saudis.

“No, I have not been used for sportswashing because I’ve been to Saudi Arabia, and I’ve seen the changes that have taken place,” Norman told the Financial Times last year.

“Every country has done horrendous things in the past … just look at America with racism, for example, it’s just so embedded here, it’s just ugly.”

On the Saudi-ordered killing of journalist Jamal Khashoggi, Norman said in May: “Everybody has owned up to it, right? It has been spoken about, from what I’ve read, going on what you guys reported … Take ownership, no matter what it is. Look, we’ve all made mistakes and you just want to learn from those mistakes and how you can correct them going forward.”

Phil Mickelson, who announced on Tuesday he was joining the profitable LIV series, also came under fire for downplaying human rights concerns.

“They’re scary motherf***ers to get involved with,” Mickelson said in February. “We know they killed Khashoggi and have a horrible record on human rights. They execute people over there for being gay. Knowing all of this, why would I even consider it? Because this is a once-in-a-lifetime opportunity to reshape how the PGA Tour operates.”

Mickelson has been in relative seclusion since making these remarks but revealed he will make his comeback as part of the LIV Series.

Johnson was reportedly paid “around” $175 million to join the tour.

The PGA Tour has promised unspecified punishments for golfers who compete in the Saudi-backed series, and there has speculation that this could reach the level of lifetime bans.

This article originally appeared on the NY Post and was reproduced with permission.