Hailey Bieber has addressed the longstanding rumors she “stole” her husband Justin bieber from Selena Gomez.﻿

While on the Call Her Daddy podcast hosted by Alexandra Cooper, the host asked the model directly: “Were you ever with Justin romantically at the same time as [Gomez]”.

“No. Not one time,” she replied. “Let’s just put it this way. When him [sic] and I started like, hooking up or like anything of that sort, he was not ever in a relationship. Ever, at any point.”

Watch a clip of Hailey Bieber and Alex Cooper above.﻿

She added, “I would never – it’s not my character to mess with someone’s relationship. I would just never do that. I was raised better than that.”

The Rhode Skin founder also acknowledged that with what most fans had a problem was the “timeline” of her and Justin’s getting together.

Gomez and Justin officially split in May 2018, finally going their separate ways after a troubling relationship that first began in 2010.﻿

Just a few months later, in July 2018, news came that Justin had proposed to Hailey.﻿

Understandably, that news left many fans quite confused, with many coming up with wild theories about why he had proposed so quickly.

Some thought it was a way to “get back” at Selena, while others assumed the pair had been cheating while Justin was supposed to be publicly dating Selena.

In a video teaser for the episode, Hailey comments about how she’s never publicly addressed the rumors before.

“This is so crazy. I’ve literally never talked about this ever,” Hailey said. “A lot of the perpetuation and the hate comes from, ‘Oh, you stole him.’

“It’s about people knowing the truth. Because there’s a truth.”

When rumors began to spread in 2018 about just how ‘moral’ Hailey and Justin’s relationship was, the pair refused to address them.

Things escalated at the 2021 Met Gala, when “Jelena” fans (fans of Justin and Selena), taunted Hailey as she walked the red carpet, by yelling “Selena” at her entire time.

She was seen crying on the carpet, with Justin trying to console her. It was not the first time an incident like that had happened to Hailey.

Though Hailey has spoken out about how people’s attacks have impacted her. Early this year, she even took to TikTok to plead with her trolls to simply “leave her alone”.

“Leave me alone at this point,” she said in the clip. “I’m minding my business, I don’t do anything, I don’t say anything. Leave me alone, please.”﻿

She continued, “Enough time has gone by where it’s valid to leave me alone. I beg of you, truly.

“That’s my only request. Leave me alone. Be miserable somewhere else, please.”﻿

Hailey appeared to imply that enough time had passed since ﻿the controversial start of their relationship that people could leave her be. 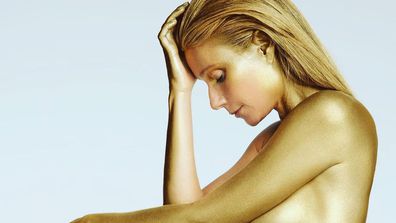