Scott Morrison has become the first former prime minister to be censured by the federal parliament after a motion against him passed 86 votes to 50 today.

The House of Representatives voted to censure him over the secret ministries affair after a long and, at times, passionate debate.

Among the MPs to back the censor motion was Liberal Bridget Archer, who broke ranks with Coalition MPs.﻿﻿

Leader of the House Tony Burke launched the motion and described Morrison’s actions during the former Coalition government as “eroding public trust”.

He made a stinging attack on Morrison, who remains the member for Cook, over having himself sworn into multiple portfolios.

“The member for Cook did not tell ministers themselves that he had sworn into their portfolios,” Burke said.

“The member for Cook, in doing this, did not just fall below the standards expected, he undermined them, rejected them, he attacked them, and he abused them.”

Morrison made a strong defense of taking up extra portfolios during the pandemic and slammed the censorship motion as politically motivated.

“I am proud, Mr Speaker, at a time of extreme trial, my government stood up and faced the abyss of uncertainty that our country looked into and the coercion of a region and saw Australia through the storm. Australia emerged stronger under my government.

“I have no intention now of submitting to the political intimidation of this government, using its numbers in this place to impose its retribution on a political opponent.﻿”

Morrison also insisted any suggestion he served as minister of the portfolios he was secretly sworn into was “false”.

“It is strange to describe such actions as a power grab, as they were never exercised or even used to exercise influence over the relevant ministers,” he said.

“They were simply a dormant redundancy.”﻿

But he admitted he was mistaken in not telling former finance minister Simon Birmingham about taking his ministry.

“My omission was not informing the (then) minister for finance, who I believed had been informed through my office. I was mistaken about that, which was only brought to my attention when I made these matters public,” he told parliament.﻿

The last time an MP was formally censured in federal parliament was in 2018.﻿

Today’s censorship motion follows the release of the report by the inquiry into the secret ministries scandal by former High Court judge Virginia Bell.

The report said it was “unnecessary” for Morrison to appoint himself as the secret minister for finance and health.

Bell concluded the secrecy around the ministerial appointments was “apt to undermine public confidence in the government”.

“Once the appointments became known, the secrecy with which they had been surrounded was corrosive of trust in government,” she wrote. 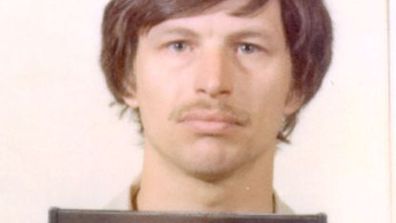 Serial killer lost count of how many women he killed