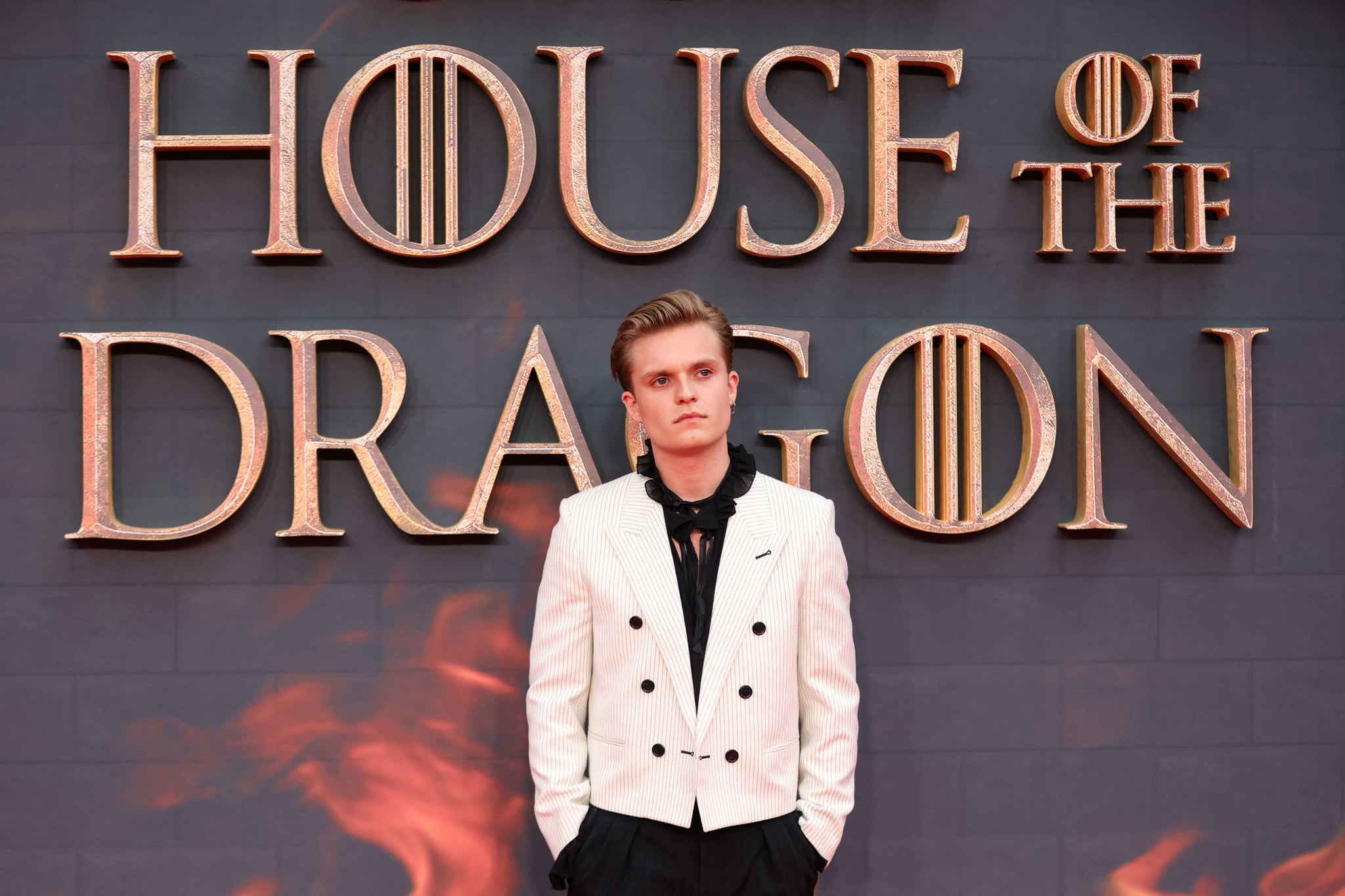 The much-anticipated “Game of Thrones” prequel, “House of the Dragon,” introduces us to a whole new cast of characters. Set centuries before “Game of Thrones,” the series follows the conflicts and drama of House Targaryen, the powerful, dragon-riding royal family who rules Westeros. Among the many new characters we’ll be meeting is Aegon Targaryen, who may appear to be just one of many family members but, in fact, is set to become one of the saga’s pivotal characters. Sharing a name with the first king of Westeros, Aegon the Conqueror, he’s set on his own course of chaos and war. In episode six, viewers met the preteen prince.

Who Is Aegon Targaryen on “House of the Dragon”?

The official HBO character description for Prince Aegon Targaryen, who will ultimately be played by Tom Glynn-Carney, simply describes him as the “first-born son of King Viserys,” the king at the time the series starts (played by Paddy Considine) . That description, however, majorly downplays just how important he’s going to be as the plot progresses.

It all traces back to the backstory of the Targaryen clan at the time. As laid out in George RR Martin’s book “Fire and Blood,” King Viserys marries twice, leading to a conflict over the succession. His first marriage is to Queen Aemma, a member of House Arryn. Their marriage only produces one surviving child: Princess Rhaenyra. After Aemma dies in childbirth, along with who would have been their son and heir, Viserys officially declares Rhaenyra his heir dele.

However, as viewers see in episode two, Viserys gets remarried to Alicent Hightower (played on “House of the Dragon” as a teenager by Emily Carey), and they have two sons, Aegon being their eldest. In the book, he’s 10 years younger than his half-sister, Rhaenyra, but in the series, their age gap is even bigger. Despite now having male heirs, Viserys still intends for Rhaenyra to be his successor, much to the frustration of his new queen and her faction of her at court. This plan stays in place until Viserys dies.

At that point, the Hightower faction and several others decide to disregard Viserys’s wishes and crown Prince Aegon as King Aegon II. Rhaenyra is not even notified of her father’s death until after Aegon’s coronation. This “stolen” crown launches the civil war known as the Dance of the Dragons, in which the rival Targaryen heirs, Rhaenyra and Aegon, and their factions fight to the death for the Iron Throne.

Will Aegon Targaryen Be in “House of the Dragon” Season 1?

According to HBO’s “House of the Dragon” cast list, Glynn-Carney will appear as an older Aegon in “House of the Dragon” season one at some point. In episode three, Aegon appeared as a baby. After the time jump in episode six, he appeared as a young teen, played by Ty Tennant. In the episode, he teams up with his nephews, Jacaerys, aka Jace, (Leo Hart) and Lucerys, aka Luke (Harvey Sadler), to prank his younger brother Aemond (Leo Ashton). His mother Alicent (Olivia Cooke) warns him that they are not his friends and he must be loyal to his siblings above all.

Sign up for HBO Max now to watch “House of the Dragon.”