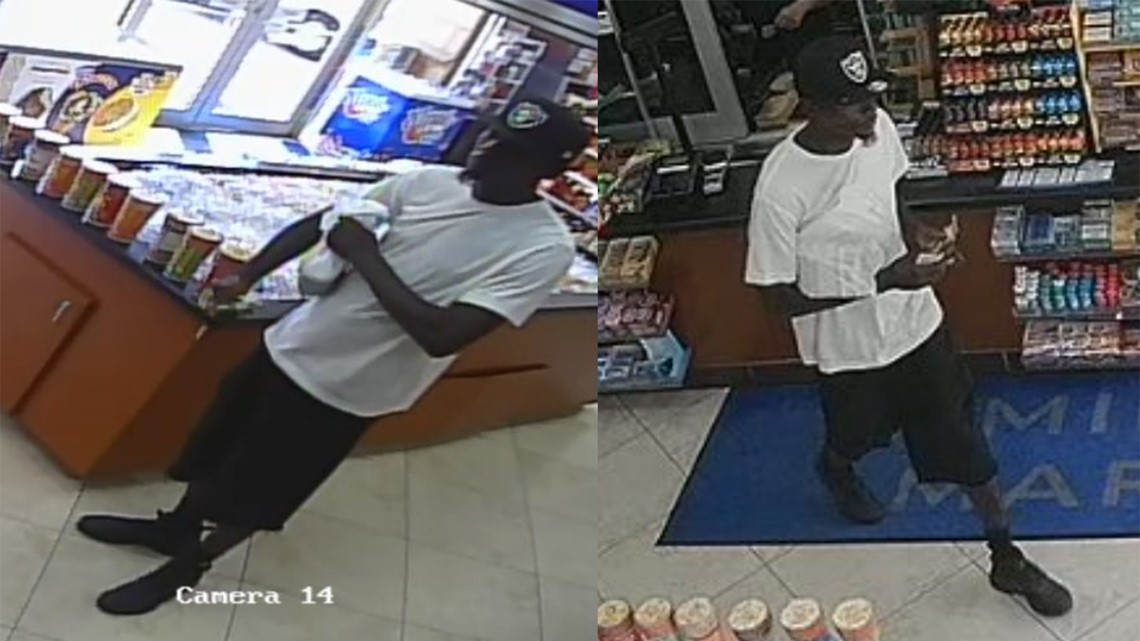 The suspect in this chain of events is on the run. Houston police have released surveillance videos and photos in hopes someone can help identify him.

HOUSTON — A 2-year-old was found dead inside of a stolen SUV Tuesday after his father was shot to death hours earlier during a meetup.

This horrific chain of events unfolded shortly before 2 pm on El Camino Del Rey Street near Chimney Rock Road, which is in the Gulfton area.

Houston police said the 38-year-old shooting victim met up with the suspect for unknown reasons. The two got into some sort of argument and that’s when the suspect pulled out a gun and shot the father multiple times, according to police. He died on scene.

The suspect jumped into the victim’s SUV and took off, police said.

Below is surveillance video of the wanted suspect:

While police were trying to locate the suspect and the stolen vehicle, they received a call at about 6:30 pm from a woman who reported her husband and child were missing. She gave police enough information to help them conclude that her husband dela was the man who was shot to death on El Camino Del Rey.

Police said they didn’t know a child was in the SUV until the woman called.

With more information on the stolen vehicle, police said they were able to locate it about 30 minutes after receiving the woman’s phone call on Elm Street near Renwick Drive.

The child was found unresponsive in the backseat.

Police said officers broke the glass to get to the child and render aid, but it was too late. The child had died.

The cause of death will be determined by an autopsy, but officials said it could be heat exhaustion.

The unknown suspect is on the run. Police described him as a Black man with a slim build. He was wearing a white shirt with black shorts and a distinctive black Raiders cap. He appeared to have long facial hair around the chin area.

Houston police are asking anyone with information on the suspect or these two incidents to call their homicide division at 713-308-3600 or Crime Stoppers at 713-222-8477.