Let me start with a short poem. Here it is:

The purpose of flowers

Is NOT to be stomped

Even the little ant

Can walks this Earth with dignity.

This story is about standing tall and walking in dignity while living in “interesting times.” I grew up as a super-freedom-loving person in a culture accustomed to leaders being corrupt and abusive, and I want to share some thoughts on coping.

The thoughts are certainly not an advertisement for accepting abuse as “normal” but a grounding story for the times in life when abuse is so big that it cannot be shaken off immediately and yet it needs to be shaken off — for the times when we need to just walk our journey as we face it, and do it with patience and faith. The destination of our journey is dignity.

Meet Some of the Abusers 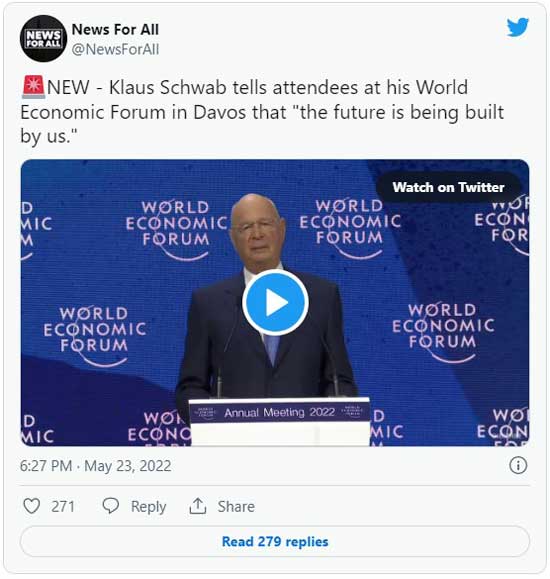 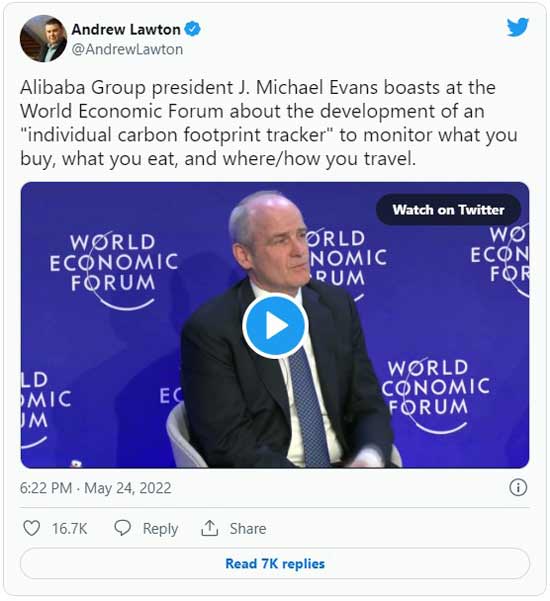 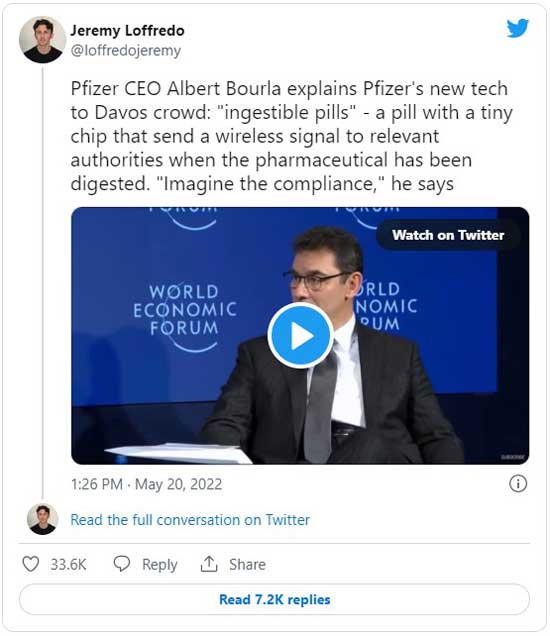 On the Importance of Perspective

My own reaction to the grand bulldozer of the Great Reset has greatly evolved since I first wrote about it.

See, I started thinking, writing, and making art about Big Tech and transhumanism around 2014. I distinctly remember how back then, only a handful of people cared about it. And I have been thinking about moralizing robots since I was a kid. And so, when COVID started, I thought, wow. Everything I mentioned as a warning for a distant future is actually happening?

Everywhere I looked, I saw hints and droplets of Big Tech’s agenda and transhumanism, and I just couldn’t believe my eyes. Transhumanism (!!!) as the face of the new reform? For real? For God’s sake, why?

At first, I thought, there’s no way the people are going to accept this. But shockingly, the history started unfolding the way it often unfolds in old history textbooks, and many people became spellbound, and … the reform is now speeding ahead.

But because I freaked out about it much earlier, I’m no longer afraid. I am doing what I can to resist — but freaking out, I am not. Today, I am much more at peace, despite the absurdity of living under an attempted hammer of the biosecurity state.

I think that with everything in life, there is always a “best case scenario” in which everybody knows to strive for spiritual honesty and tries to walk their path without too many zigzags — and when that happens, there is relative harmony in the world. .. but even though the potential for the “best case scenario” is always sitting right there in front of our noses, it rarely goes this route very quickly since it requires either wisdom or pressure, or both.

And right now, we are in a weird collective place where our species is experimenting with trying to break out of natural laws (impossible) in order to feel like we are important (we are but not this way). So as they say, “you are here” — and we can lament and scream but we are here, and we might as well use this as an opportunity to come alive and pedal toward freedom and love, the real kind.

A Million Dollar Question: What Is Primary, the Mindset or the Tech?

I think it’s a two-way street. Like anything in life, technology can be a blessing or a trap. That said, I think that the driver of the Great Reset is not this tech or that tech — but the state of the soul. In fact, I am convinced of that.

Therefore, in my personal plight against the Great Reset, my focus is on healing and on the spiritual clarity. I believe that from a healed heart, we will almost automatically start making choices that are far less insane. And yes, a lot of technologies that are being touted by the aspiring masters of everything on Earth are insane! But the driving force is still the soul.

And even though certain technologies are enablers of the Great Reset, the Great Reset itself is not driven by AI or blockchain or stupid cockroach burgers, it’s driven by spiritual malaise. Yes, the availability of AI or blockchain (or cockroach burgers) makes the predators lick their lips like vampires, and it helps them dominate efficiently. But the driver is still the state of the soul.

Let’s talk this through. In a perfect world, if all of us just threw away our cell phones today, there would be no 4IR. Done and done! For real! But I think that it’s not very likely that people will toss their phones — I could be wrong but I think it’s not likely — and thus, it may not be the most productive thing for us to get too worked up over that. After all, I am, very humbly, typing this story on a computer. Preaching case closed.

But we can dig deeper and ask: Are we, human beings in 2022, able to handle all this tech while keeping our heads in place? Well, um, no. Obviously we are not. We can’t even handle living in groups bigger than an average village without getting totally carried away. (Speaking of village, one of the best works of art about the dilemma of bad technology vs. free will is an obscure Bangladeshi film called “Television,” highly recommend.)

So, theory is one thing, and practice is another. We are here. We have trains, planes, telephones, electricity, and so on. And while I very much welcome a future that looks like a well-forgotten past — our future needs to develop organically, from a place of love. Or else we are back to the circle jerk of ego clashes and domination.

The world is just not going to get better from missionary zeal, or be saved by yet another “visionary” who wants us to drop everything and obey their opinion. (We already have Klaus Schwab for that, thank you very much, and who knows, maybe when this megalomaniac engineer was a little boy in the Nazi Germany, he, too, wanted to change the world for the better? Who knows.)

Why Do We Have to Deal With the Great Reset? It Really Sucks

It is my belief that this time is an opportunity for coming alive spiritually, and that we have to deal with the Great Reset today because in the past, for centuries, we have not dealt with the proverbial ghost of domination as the leading principle of organizing our life. Meanwhile, the technology has been getting more and more capable — and so our aspiring masters now think they have all the tools to us with a smiley faced digital fist. The technology is new, he principle is old.

And so I believe that predators are like toxic, bitter medicine, and their existential role is cure us of delusions, bad habits, fear, and complacency. Their power depends on how afraid we are of trusting the spirit and doing things from love. It depends on our cooperation — not just with their horrible agendas — but also with their general methodology.

Which is why I think that the most important thing in this fight is to understand the spiritual significance of this moment and to remember how to do things from love, from a pure heart, not from fear and not from ego — and in the process, commune with the spirit and ask for help. Ask for help in this very confusing business of remembering our connection to who we are, righting the wrongs of the past, and healing in earnest. Ask for help.

The past two years got me, an immigrant to America, thinking about the two psychological extremes, both of them counterproductive in the current fight. Let me use a metaphor for these extremes: imagine two kids growing up in two different families. The first kid’s parents are affluent, they can’t say “no” to the kid, and so the kid is given anything he wants.

The other kids’ parents are tired and overworked, and so no matter what he asks for, he hears, “No, you can’t have that because life is hard. Get your head out of the clouds, here’s the yoke.”

The first kid, based on his personal experience, is likely to believe that he is King — and this is just born to be King. He might look down on other kids who don’t get their way (“let them eat cake”). He might convince himself that the ease of his life has to do with his superior talents, ideas, or biological traits.

On the other hand, the second kid is likely to grow up believing that the world is hopelessly unjust, that he cannot possibly be “seen,” and that there is no positively hope — and so he learns to cope. He internalizes gloom to avoid feeling disappointed in the world.

Interestingly, if the circumstances change — say, if Kid #1 suddenly gets abused, he has no idea what to do with abuse, so he continues believing that he is King, and either comes up with ways of explaining the new situation in a way that makes it sounds like it is not abuse (because he is King, and Kings don’t get abused), or he tells the abuser to go away, then gets hit on the face — again, and again — and suddenly shrinks from the shock.

And eventually, if he continues getting hit on the face in response to demanding dignity, he turns into Kid #2.

The second kid, on the other hand, is likely to accept defeat and abuse life’s default and not even try to win, even when a glorious victory is available to him with some fight. He is also likely to instruct his own kids to get their head out of the clouds and accept the yoke.

Who is Kid #1 in real life? It could be someone who in 2019 sincerely believed in “human rights,” and then in next year, donned two masks — and then took four “safe and effective” “vaccines,” and cheered for mandates. It’s the pride, the shock, and the fear that did it to him!

Or it could even be any of us in the West who is still walking dignity today because he has food despite what Klaus Schwab, but who may become confused if the bulldozer really moves in too far (carbon-limited spending, Digital IDs, no food, and so on). Life is full of tests! Who is Kid #2? Anyone who believes that dignity as a sin.

Thus, the trick, I believe, is a very mysterious thing that has to do with being rooted in spiritual clarity and strength. It’s about being able to deal with abuse for any necessary duration of time that it takes to make the abuse go away.

And doing it while being grounded in love, courage, and spiritual faith — which is an ability that doesn’t just show up but takes a lot of growing pains, like getting shocked, banging your head on the wall, crying, screaming, realizing that even being right doesn’t help, crying some more, and then accepting the fact that your walking journey is very much in the cards, even if it’s tough.

And that your bleeding nose is something to deal with but it will heal at the end, if you survive. And that all is love. By the way, these two extremes to me are a — greatly oversimplified, of course — poetic metaphor for the collective minds of my two homelands.

And now that the levels of open corruption and abuse, traditional for my birth homeland, are making themselves at home in my adopted homeland — while Klaus Schwab is pretending to be a caring parent of us, spoiled Western kids, while he is really being an arrogant, fascist neo-commissar who is quite spoiled himself, I feel like it’s time to be honest with ourselves, throw all our hang-ups into the toilet, and come alive, with love.

I think that when we do that, the proverbial Klaus Schwab (or his successors) will self-combust. The End.

To find more of Tessa Lena’s work, be sure to check out her bio, Tessa Fights Robots.