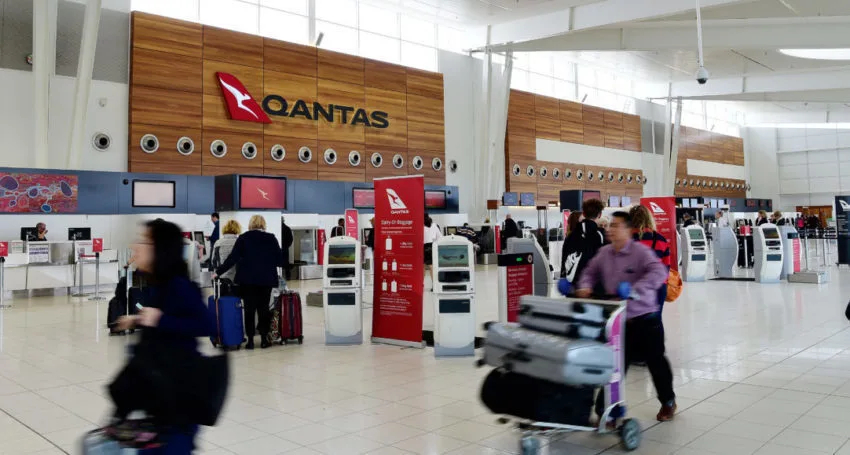 This is the highest annual consumer price index increase since 1990, with Adelaide recording the biggest increase of any capital city over the 12 months to December 2022.

Quarterly inflation lifted 1.9 per cent, according to data from the national statistics bureau.

In the final quarter of 2022, underlying inflation, which excludes large price rises and falls, lifted 6.9 per cent annually.

Services inflation lifted a notable 5.5 per cent over the 12 months largely thanks to higher prices for holiday, travel and meals out.

Over the December quarter, domestic holiday travel and accommodation surged 13.3 per cent and international holidaying lifted 7.6 per cent.

As economists warned, soaring electricity prices also showed up in the December quarter – lifting 8.6 per cent over the three months.

“The main factor influencing the rise in electricity prices was the unwinding of the $400 electricity credit offered by the Western Australian government to all households last quarter,” Marquardt said, although she said this was somewhat offset by new rebates offered by other states.

“Labour and material costs are driving price growth in this area, with signs of material cost pressures easing,” Marquardt said.

Inflation started surging last year due to ongoing disruptions from COVID-19, the war in Ukraine and strong post-pandemic consumer demand.

In the September quarter, headline inflation rose 7.3 percent annually and 1.8 percent over the quarter.

This followed another 1.8 per cent lift over the June quarter.

Rising inflation prompted the Reserve Bank to start hiking interest rates from a historic low level of 0.1 per cent.

The official cash rate is now 3.1 per cent.

The RBA expected inflation to peak at around eight percent in the December quarter before easing over 2023 and 2024.

Langcake said headline inflation fell short of the RBA’s peak prediction but was still well above the central bank’s two to three per cent target range.

“While this is expected to be the peak in inflation in this cycle, the RBA’s hawkish communications lead us to expect another rate rise in February, with another increase likely to follow in March.”

Adelaide recorded the highest CPI increase of the Australian capitals, over the 12 months to December 2022. 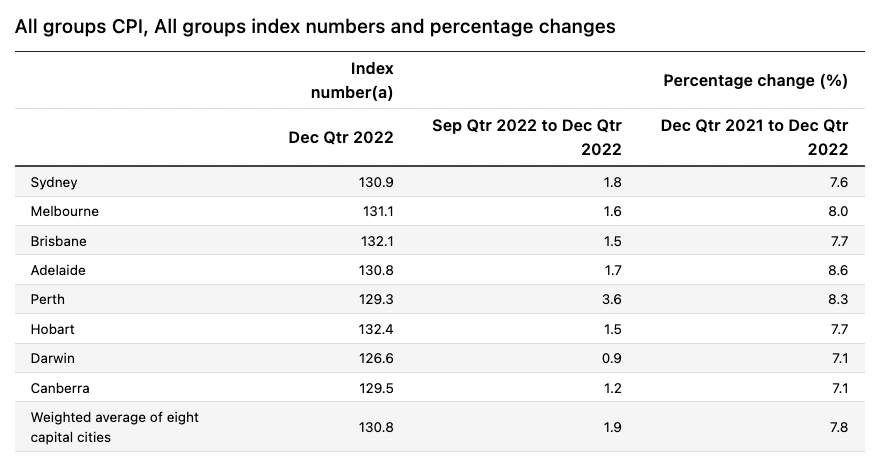 Media diversity is under threat in Australia – nowhere more so than in South Australia. The state needs more than one voice to guide it forward and you can help with a donation of any size to InDaily. Your contribution goes directly to helping our journalists uncover the facts. Please click below to help InDaily continue to uncover the facts.