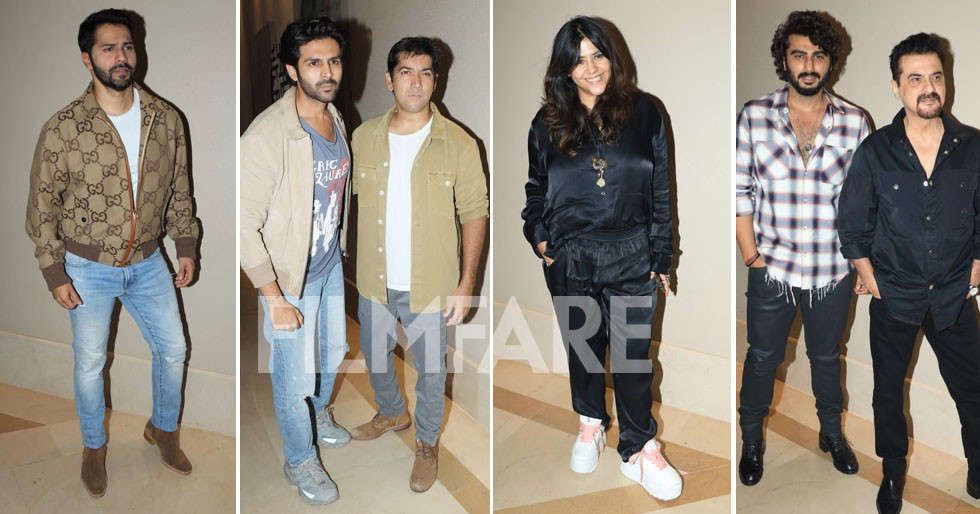 David Dhawan who is best known for his iconic comedies, celebrated his birthday on August 16. To mark the special occasion, David threw a star-studded birthday bash. Among those attending were his son dele Varun Dhawan, Kartik Aaryan, Arjun Kapoor and others. The party also saw veteran actors including Shakti Kapoor, Chunky Panday and Anupam Kher.

In the pictures, stars can be seen arriving at the venue and posing with David Dhawan who was clicked in a casual attire comprising a blue and yellow t-shirt with black pants. Varun Dhawan looked dapper as he opted for a jacket and jeans, Kartik Aaryan kept it cool as he wore a beige jacket over a graphic print t-shirt while Arjun Kapoor was clicked in a casual shirt and jeans combination.

Check Out The Photos From David Dhawan’s Birthday Bash Here: