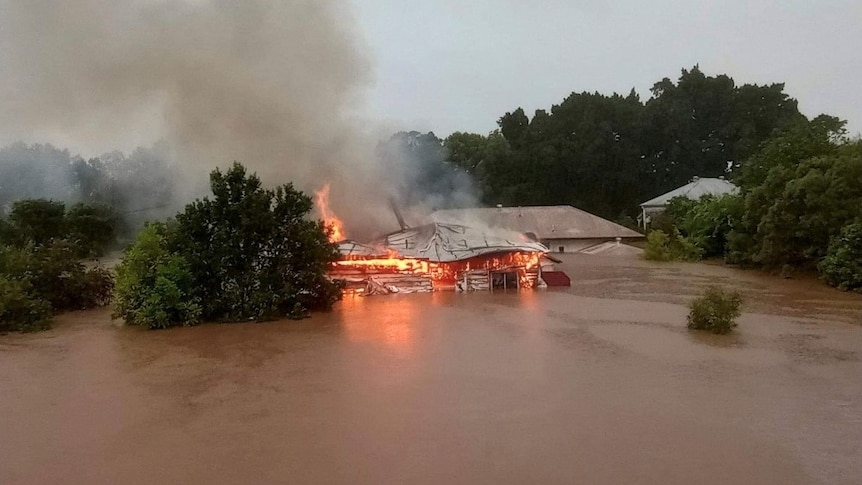 The catastrophic flooding that devastated south-east Queensland and northern NSW is now the fourth most expensive disaster in the nation’s history, according to the Insurance Council of Australia (ICA).

Figures released today show the estimated insurance cost of the natural disaster has climbed by almost $1 billion in the last month.

The total cost is now put at $4.3 billion, although ICA chief executive Andrew Hall has previously told the ABC the current damage bill was likely to be significantly higher.

“You add into it the under insured, people who don’t have insurance, who opted out of the flood cover for example and then we’ve got public infrastructure on top of that,” he said.

“They all have to be rebuilt, so in reality the overall cost of the flood event is many more times that.”

The ICA said 20 percent of claims had now been closed, and almost $1 billion had been paid to policyholders so far.

The most expensive weather event on record, according to ICA figures, was the Sydney hailstorm of 1999, which resulted in $5.57 billion in insured losses.

The figures were released as the Lismore City Council published their own report on the floods, which estimated more than $350 million worth of damage to council assets.

The repair bill for roads and bridges alone was thought to be $200 million.

Lismore City Council General Manager John Walker said the cost of rebuilding the broader community would be close to $1 billion.

He said the document would be used to lobby state and federal governments for financial assistance to rebuild the city and its surrounds.

“The report provides a historical record of what happened during and after the floods,” Mr Walker said.

“[It] tells a story that will be useful in the understanding by others of the devastation that occurred.”

Meanwhile, witnesses at a NSW parliamentary inquiry have criticized the performance of Resilience NSW, the body tasked to help communities rebuild and lead disaster and emergency efforts from prevention to recovery.

“Resilience NSW has been found wanting at every level,” Lismore MP Janelle Saffin told the inquiry.

“It’s institutionally incapable of doing the job that it’s supposed to do by law, and it was missing in every aspect.”

Lismore City councilor Elly Bird, who has been heading up a community group known as Resilient Lismore, also spoke of her frustration.

“I asked who my point person was and I was given a generic email address for Resilience NSW, and every email I felt to that address went unanswered,” she said.

“I had an offer from the Surf Lifesaving Club to send 1,000 volunteers into Lismore to work alongside us to support our community.

“All they needed was an email from Resilience NSW saying that they approved it.

“Again it took weeks and weeks to try to get an answer to that, and it never actually happened.”

Tweed MP Geoff Provest was asked about the performance of Resilience NSW at today’s inquiry sitting in Murwillumbah.

“I still have faith in Resilience (NSW), although I think some of their processes need to be refined,” he said.

“I’m not as critical of them, I think it was their first big disaster since the bushfires down south.

“In all honesty, I think they tried their very best.”

The inquiry will now move to western Sydney, and is due to report back to the NSW Parliament in early August.