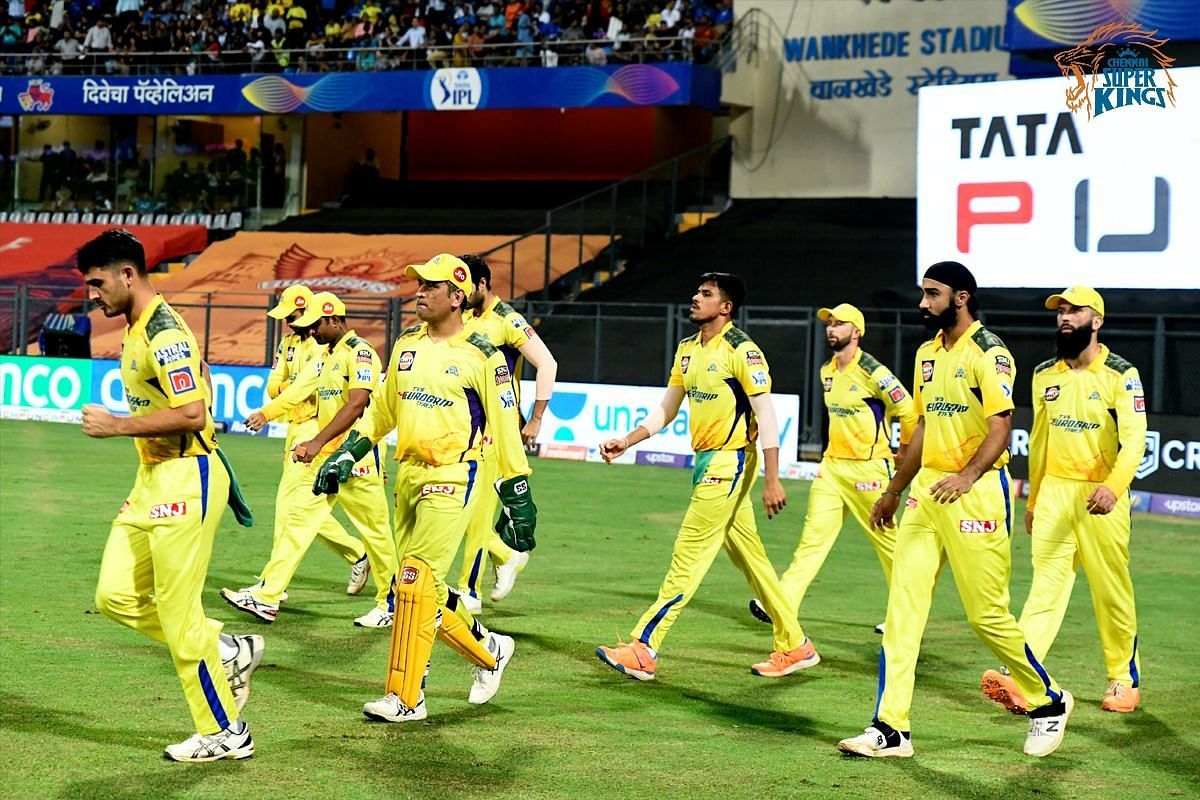 Chennai Super Kings (CSK) head coach Stephen Fleming has expressed disappointment over the unavailability of DRS and losing two wickets during that course. CSK couldn’t recover from that stifled start as they crashed out of IPL 2022, losing to the Mumbai Indians (MI) by five wickets at the Wankhede Stadium on Thursday.

To everyone’s dismay, DRS wasn’t functional for the first 10 deliveries of the game due to a power outage at the ground. As luck would have it, two lbw decisions – Daniel Sams’ delivery to Devon Conway was clearly drifting down leg – went against CSK, but they couldn’t send them upstairs. Fleming stated that the initial proceedings had a cascading effect on their innings.

“It was a little bit unlucky, that it happened at that time. Yeah we are a bit disappointed, but that’s still part of the game, isn’t it? But yeah, [that] sort of set off a chain of events that were not in our favour. But we should be better than that, it certainly wasn’t a great start,” he said in response to a Sportskeeda query at the post-match press conference.

Robin Uthappa’s leg-before dismissal came off the 10th delivery, after which DRS was restored. CSK had already lost three wickets for five runs, which became 39 for six before MS Dhoni (36* off 33) hand-held them to 97.

In reply, Rohit Sharma’s boys didn’t get off to the best of starts either. New-ball bowlers Mukesh Choudhary (3 for 23) and Simarjeet Singh (1 for 22) bowled eight overs unchanged to reduce the five-time champions to 46 for 4. But Tilak Varma (34* off 32) held the innings together as Mumbai registered their third victory of the season.

It is the second time in three years that heavyweights CSK have failed to make the knockout stages. While they finished second-last in IPL 2020, whatever glimmers of hope they had this year were dosed by MI tonight.

While admitting that they have got a few holes to plug, Stephen Fleming mentioned that the CSK thinktank hasn’t yet gotten to the end of completely studying the squad they put together at the mega auction earlier this year.

“We’re still learning about our squad, as most teams are, and hopefully we can learn a lot over the next couple of games and go forward. What I can say is that, there’s not much margin between having a great season and a not-so-great season. So we’ve been through enough of these seasons to know that. So we’re not going too much over, but we do need to improve in some areas,” Fleming, who played for CSK in the inaugural IPL season, remarked.

Asked about the takeaways from this season, the former Kiwi captain harped about their rich fast-bowling reserves. Impressed with the progress of Choudhary (16 wickets in 11 matches) and Singh (3 wickets in 4), he pointed at the lethal combination that the availability of seamer Deepak Chahar would make for.

“There are some really positive signs. I thought the new-ball bowling of Simarjeet and Mukesh was outstanding. They have been developing – Mukesh all the way through this season, so he’s now feeling confident enough to bowl a spell like that. Simarjeet, only sort of 3-4 games in, has made some real gains. So that’s a positive. And with Deepak Chahar to come back into the side, there are some good options with the new ball.

“We’ve got positives throughout, we are not far away. But when you’ve got a couple of holes, they always seem to pop at the wrong time. So we haven’t been as good as we need to be, we know that. But we are trying to find some positive pieces as we move forward. So now that we’re out of the competition, we’ve got an opportunity with two games to give some other guys an opportunity and hopefully find something there as well,” he explained.

Injuries have plagued CSK this season, with Chahar, Ravindra Jadeja, Adam Milne, Chris Jordan and Moeen Ali all bearing the brunt of wear and tear. Their next game is against table-toppers Gujarat Titans (GT) on Sunday, before they cap off their campaign against the Rajasthan Royals (RR) on May 20.

Q. Can Mukesh Choudhary be a long-term prospect for CSK?