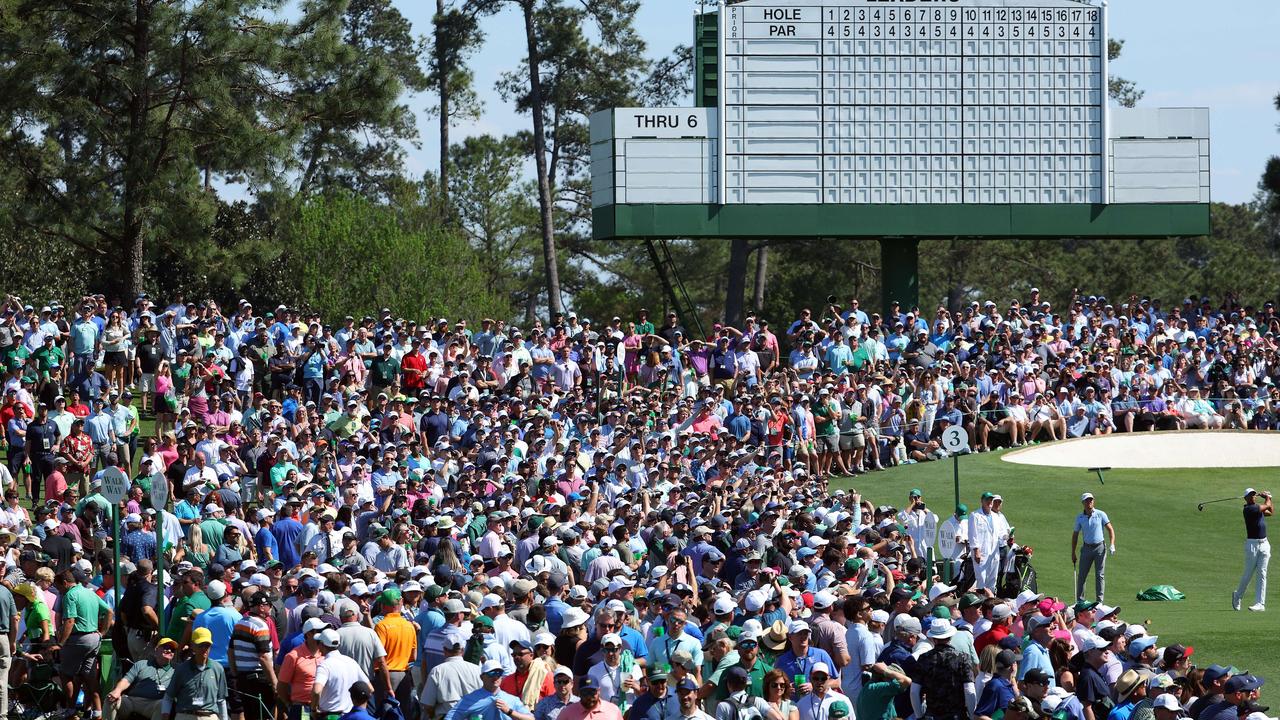 Only Tiger Woods could create the frenzy we saw today as the world continues to be tranfixed by the one question on everyone’s lips.

There were incredible scenes as Tiger Woods practiced before thousands of supportive spectators at Augusta National ahead of the 86th Masters, where he hopes to make his first start since a car crash 14 months ago left him with severe leg injuries.

The prospect of an incredible comeback by the 46-year-old US star, who says it will be a “game-time decision” if he tees off Thursday, built an electric atmosphere at the famed course, which welcomed back a full crowd for the first time since Woods’ win in 2019 due to Covid-19 limits.

Watch Every Round of The 2022 Masters at Augusta National with Fox Sports on Kayo. New to Kayo? Try 14-Days Free Now >

“Hopefully he does and we can see him back out here playing golf again,” said sixth-ranked Cameron Smith of Australia. “It would be massive.

“He has had a bit of an extended rest. I’m sure he’s dying to get out here. He’s a competitor and he’s looking to take people down. It would be good to see.”

Woods was hospitalized for weeks and unable to walk for months after the February 2021 car accident, saying he was lucky to be alive and not have his leg amputated.

He required major rehabilitation just to play in an event with his son last December, when he could use a cart and didn’t have to walk the entire course.

However, after giving no timetable for a return, Woods played an 18-hole practice round last week at Augusta National, testing his fitness to walk the hilly course.

“I’m not surprised. I’m amazed,” said 37th-ranked Max Homa. “I’d be surprised if it was anyone else that has ever lived. It’s a true testament to his work ethic. It’s remarkable really.”

A quarter-century after Woods won his first major title by an astonishing 12 strokes at Augusta National to launch “Tigermania”, the 15-time major champion is again thrilling the crowd after spectators were banned in 2020 for his title defense — the most recent official event Woods has played.

Cheering spectators lined the first hole three and four deep to watch Woods practice alongside Justin Thomas and Fred Couples on Tuesday (AEDT), showing how much it means to them to have Woods even attempt such an astonishing return.

“If I’m in his shoes, I don’t do everything I’ve done for the last few months and show up here and not play,” world number 13 Billy Horschel said. “The only thing stopping him, I think, would be if he gets some kind of injury.

“I’m guessing he’s going to play and I’m going to be just as excited as everyone else to see him tee it up out here on Thursday.”

Golf commentator Luke Elvy tweeted of the huge crowd turnout for Woods’ practice round: “Incredible scenes on the 1st just recently with Tiger Woods playing a practice round

@TheMasters. Patrons were lined up from the tee all the way to the green, 5 deep in parts & both sides of the hole just to get a glimpse. JT & Freddy also in the group. It was like the Beatles!”

Woods figures to have confidence in his game to contend for a sixth green jacket, which would match the career record set by Jack Nicklaus.

But his injured right leg will get a major test if Woods, who has fallen to 973 in the world rankings, tries to compete for the first time since the 2020 Masters, played in November due to Covid-19.

Woods has already made an extraordinary comeback at the Masters, winning in 2019 for his first major triumph since 2008 after spinal fusion surgery.

Should Woods play and manage a fairytale triumph, he would become the oldest Masters winner and third-oldest major champion in golf history, trailing only last year’s PGA Championship victory at age 50 by Phil Mickelson and Julius Boros, who won the 1968 PGA at age 48.

With storms forecast for later in the week, Tuesday could mark the last opportunity for Woods and other players to test themselves over the record 7510-yard, par-72 layout.

“You have to figure out how you are going to attack the course,” said Tokyo Olympic champion Xander Schauffele, the 2019 Masters runner-up.

“It’s just knowing the angles, the locations. The more you play it the more you understand,” four-time major winner Brooks Koepka said.

“Having a few rounds here helps for sure. I play nine holes every day. Keep it calm. If you haven’t put the work in, you won’t get it done this week.”