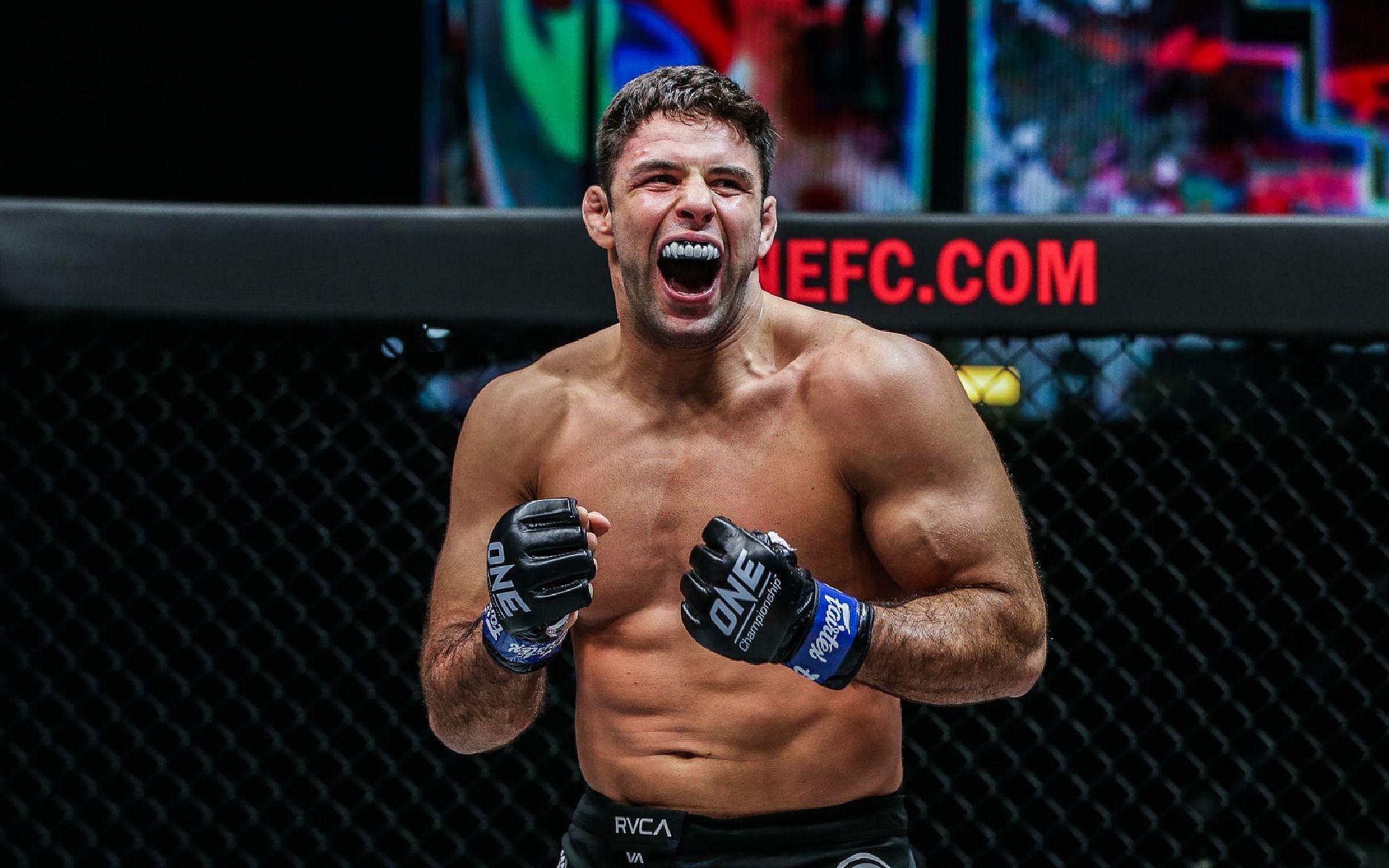 Marcus ‘Buchecha’ Almeida is arguably the greatest submission grappler in history, but he’s more than just a Brazilian jiu-jitsu icon.

Almeida has successfully transitioned into mixed martial arts and he’s going for his third straight win in the sport when he takes on Australia’s Simon Carson at ONE 158: Tawanchai vs. Larsen on June 3.

‘Buchecha’ is a true legend in the realm of martial arts, with 17 BJJ world titles under his name. True to his strengths, his first two wins inside the circle came via first-round submission.

The Brazilian grappler said that he’d like to display an evolved striking game against Larson, but he won’t hesitate to go for the submission if the opportunity presents itself.

‘Buchecha’ told the media in his pre-fight interview:

Catch the full interview below:

Almeida had two quick fights in September and December of 2021, with neither of the two matches reaching three minutes. In his MMA debut against Anderson ‘Braddock’ Silva, Almeida won via a north-south choke 2:55 into the first round.

‘Buchecha’ then followed it up with another submission win when he submitted Kang Ji Won with a rear-naked choke 2:27 into the fight.

‘Buchecha’ is focused on MMA

While ONE Championship continued to push submission grappling into the mainstream, Almeida is not one to immediately jump back in.

The legendary grappler said he’s fully committed to his budding MMA career and would only go back to submission grappling if there’s a champion to be challenged.

“To be honest, right now my focus is 100% MMA but if I see somebody holding a grappling belt, I would try to like or maybe I want to steal it, you know what I mean,” he said.

We’ll see if Almeida can take the next step towards MMA glory when he makes the walk to the circle for the third time as a mixed martial artist this Friday at ONE 158.