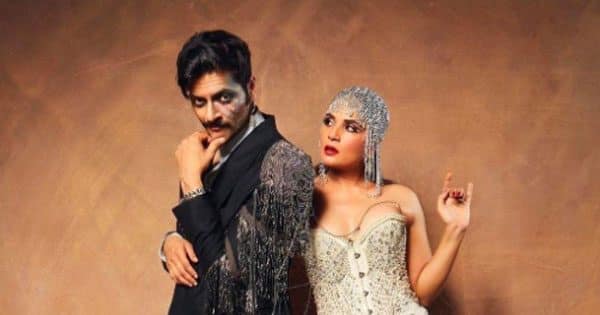 After countless delays, myriad speculations by the media and a good amount of to and fro on the part of the couple, Ali Fazal and Richa Chadha are finally set to take their wedding vows and enter into a lifelong commitment of matrimony. The fag end of this month, September, is expected to kickstart the Ali Fazal Richa Chadha wedding celebrations, while reports are rife that the festivities will continue until the first week of October, with the ceremonies alternating between Delhi and mumbai for the guests of both actors. speaking of the guests, Hollywood A-listers, Judi Dench and Gerard Butler have also been invited. Also Read – Richa Chadha and Ali Fazal wedding to be a hatke affair: Will not follow Katrina Kaif-Vicky Kaushal footsteps [Exclusive]

It’s a given that several of Ali Fazal and Richa Chadha’s costars will make it to their wedding guest list, so it should come as no surprise that a couple of big names from Hollywood, too, would be invited, given that Ali has acted with them . On that note, James Bond star Judi Dench, with whom Ali acted with in Victoria & Abduland subsequently formed a close bond off sets, and Gerard Butler, with whom he’ll be seen sharing screen space in the upcoming Hollywood movie, Kandahar, are among his special guests. As per entertainment news reports, he’s also called some important production people from Hollywood. Also Read – Trending Entertainment News Today: Kareena Kapoor Khan birthday party, Ali Fazal-Richa Chadha wedding invitation and more

The wedding of the lovely Fukrey couple, Ali Fazal and Richa Chadha, is set to take place in Mumbai, in what’s expected to be an intimate affair, which should be attended only by close family and a select, few friends, while the two grand receptions in Delhi and Mumbai on 2nd October and 7th October along with the other celebratory events are expected to be graced by several celebs from Bollywood and other fields. Also Read – Ali Fazal-Richa Chadha wedding invitation: Here’s why the Fukrey couple wanted their shaadi ka card to be quirky and truly out of the box [Exclusive]