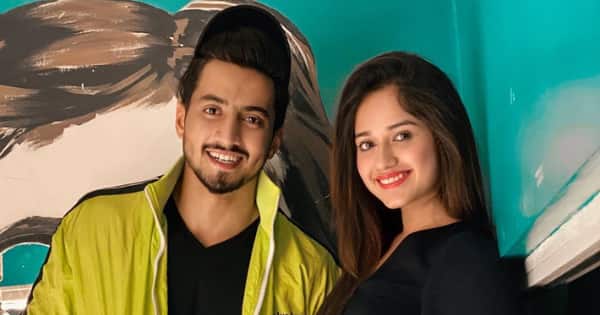 Jannat Zubair is one of the celebrity contestants on Rohit Shetty‘s TV show Khatron Ke Khiladi 12. She is making her reality TV debut with Khatron Ke Khiladi 12 and is more than excited to be a part of the show. Jannat Zubair has Instagram by a storm. She has been sharing reel videos online from the sets which have left everyone excited. Jannat’s friend Mr Faisu aka Faisal Shaikh is also a participant in the show. And she revealed what bond she shares with him while talking to BollywoodLife. Also Read – Khatron Ke Khiladi 12: Rubina Dilaik eliminated from Rohit Shetty’s show? This tweet gives HINT

Jannat opens up on her friendship with Mr Faisu

Jannat Zubair has been linked with Mr Faisu for a long time. The actress has collaborated with the social media influencer turned actor in various projects and their chemistry has set tongues wagging. However, both Jannat and Mr Faisu have maintained that they are just friends. We asked Jannat, despite the fans’ shipping, what is their equation and what will their fans get to see? Whether there would be any Tashan as after all. This is a reality TV show and a competition. Jannat laughed and denied saying that there will be no Tashan. “I think everyone here is just uplifting others and have been motivating and cheering on others which I think is the best part of the show.” Jannat adds, “Yes, we are all competing but are also cheering on each other.” Jannat further said that she’ll leave it up to the audience to watch the episodes and decide what kind of equation she shares with her whom. Also Read – Trending TV News Today: Dilip Joshi misses shooting with Disha Vakani, Shivangi Joshi wants THESE two costars in Khatron Ke Khiladi next season

Mr Faisu reacts to link up rumors with Jannat

Before leaving for Cape Town, Mr Faisu was asked about his equation with Jannat Zubair and the link-ups. He denied the rumors and said that Jannat is just a friend and he will always be. He shared that their chemistry is because of their friendship. Mr Faisu said that it is not necessary that two people will share the same chemistry off screen as they share on screen. Faisal Shaikh said that he and Jannat are great friends. Also Read – Khatron Ke Khiladi 12: Jannat Zubair reveals THIS popular TV actress takes care of her like an elder sister on Rohit Shetty’s show [Exclusive]

As per a report in an online entertainment portal, it is being said that the makers are planning to make a love angle between Jannat and Faisal on Rohit Shetty’s reality TV show. Well, well, let the episodes churn out to see what’s the truth.