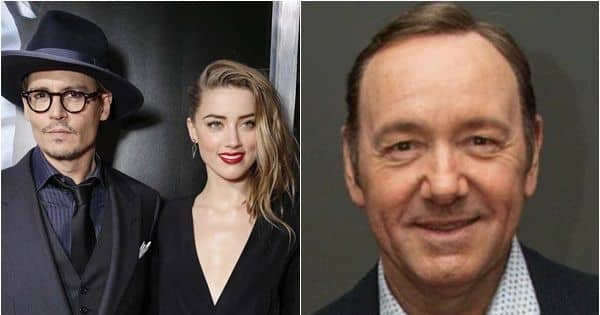 The world of entertainment has been very exciting today and we bring you a wrap of all the trending Hollywood news of the day. From the jury to be announcing the verdict on Johnny Depp-Amber Heard’s defamation case tomorrow to Kevin Spacey being confidant of clearing his name in sexual assault allegations, here’s a look at the top trending Hollywood news today. Also Read – Johnny Depp-Amber Heard Case: Jury deliberates on actress’ statement on speaking up against sexual violence; here’s when the verdict will be out

Johnny Depp and Amber Heard case has caught the attention of many people across the world. Many were keenly following it. The jury deliberations in the case ended on May 31 with no verdict from the jurors. The long trial had ended earlier with arguments from both sides. The jury has reached the verdict and they are set to announce it tomorrow in the Fairfax, Virginia, courtroom at 3 pm EDT. Also Read – BTS: Jungkook deletes IG posts AGAIN; goes to Timezone with Jimin, J-Hope and HER [Watch videos]

Jungkook is one of the goofiest members and this is yet another PROOF of the same. He deleted his IG posts for the second time in the 50 hours probably. His last Instagram post feed had a unique pattern which included his posts from the White House and some black tiles in between. ARMYs had found the aesthetics impressive. However, it seems the Stay Alive crooner was not that satisfied with the end results. So, he deleted them all. Also Read – BTS: Jungkook makes a comeback on IG with pictures from the White House; bowled over ARMY floods posts with over 2 million likes

Kevin Spacey ‘confident’ he can clear his name

Actor Kevin Spacey will “voluntarily” return to the UK after being charged with sexual assault and is “confident” he can clear his name. The former ‘House of Cards’ star was charged by the Crown Prosecution Service in the UK over a number of incidents, which were alleged to have taken place between March 2005 and August 2008 in London, and in April 2013 in Gloucestershire, and following claims he was set to be formally extradited from the US to face the charges, the 62-year-old actor has now insisted he will “voluntarily” fly to England to appear in court, reports femalefirst.co.uk. He said in a statement released to ‘Good Morning America’, “I very much appreciate the Crown Prosecution Service’s statement in which they carefully considered the media and the public that I am entitled to a fair trial, and innocent until proven. am disappointed with their decision to move forward, I will voluntarily appear in the UK as soon as can be arranged and defend myself against these charges, which I am confident will prove my innocence.”

For the final day of Asian American and Pacific Islanders Heritage, K-pop supergroup BTS stopped by the White House on Tuesday to speak with US President Joe Biden about Asian inclusion and representation. Press Secretary Karine Jean-Pierre introduced the group and RM kicked off the press conference in English by introducing themselves and thanking the White House and Biden for the opportunity to speak on “the important issues of anti-Asian hate crimes, Asian inclusion and diversity. “

Hollywood star Tom Cruise had no issues with pushing the cast of ‘Top Gun: Maverick’ to the limit with the flying sequences. Asked if he considered easing the workload, Tom told Screen Rant, “No, absolutely not. Absolutely not. Listen, the whole point of making films and the beauty of it is that you get to travel the world and see other cultures and be part of communities. To look and walk in someone else’s shoes and feel what they are feeling.” The ‘Mission: Impossible’ star continued, “Making movies, you’re constantly learning; you have to constantly work to become more and more competent in many different fields. And I want to tell them, that’s the beauty of making movies. That’s why I’ve always pushed my films to go international, around the world and in different communities. And to be part of that right from the beginning. It was my dream. You’ve got to work. It’s not a bunch of parties and doing that, and that’s what I love.”