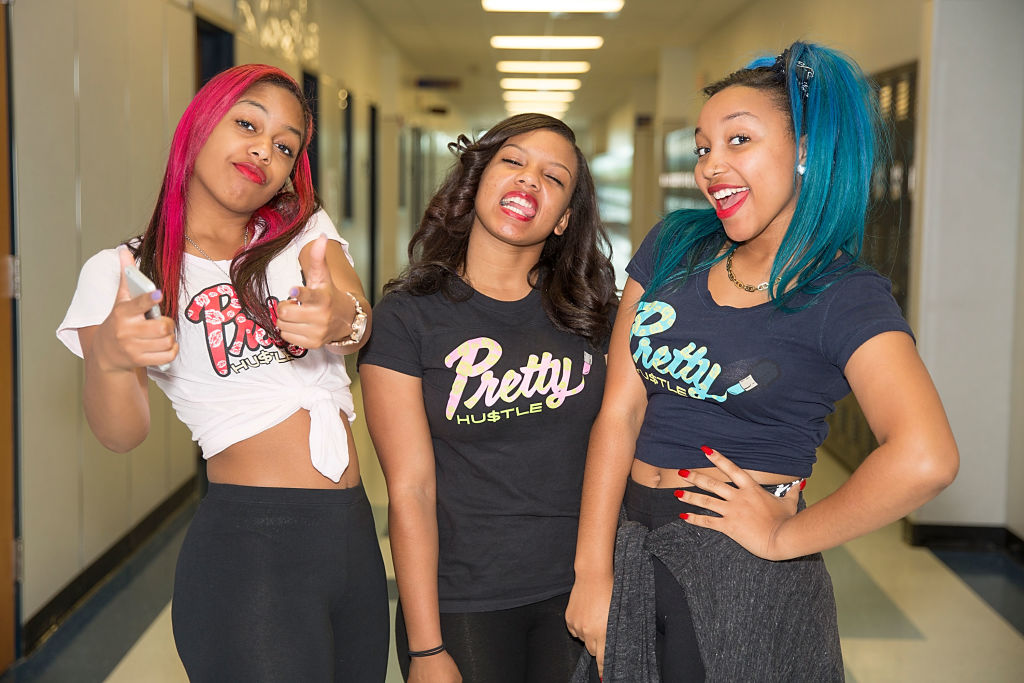 The judge presiding over YOU and his wife Tameka “Tiny” Harris‘s lawsuit against a toymaker has been declared a mistrial, after jurors heard a woman testifying she “did not want to support a company that steals from African Americans and their ideas.”

The lawsuit, filed against MGA Entertainment, claims the toy company stole from their daughter’s likeness for their OMG Dollz toy line, which the woman in question called cultural appropriation.

Zonnique Pullins, TI’s stepdaughter, had previously been a part of the girl rap group OMG Girlz, whose likeness bars a shockingly resemblance to the aforementioned dolls, The Shade Room previously reported.

On Wednesday, Senior US District Judge James V. Selna declared the mistrial, agreeing with an argument made by MGA’s lawyers.

“I did not want to support a company that steals from African Americans and their ideas,” the woman was overheard saying.

Jurors in @MGAEnt v. @Tip heard from a woman who said she stopped buying OMG Dolls because “I did not want to support a company that steals from African Americans and their ideas.”

Today, a judge declared a mistrial because of it, agreeing with this argument from MGA’s lawyers. pic.twitter.com/51LXV8gFBO

According to court documents obtained by crime reporter Meghann Cuniff, Judge Selna deemed the woman’s testimony regarding cultural appropriation a “rant” that is harmful against the defendants, which in this case is MGA Entertainment.

Rapper’s Lawyer Attempts To Get Judge To Reconsider, Claiming The Woman’s Testimony Wouldn’t Help Their Case

TI’s lawyer, Erin Ranahan, tried to get Judge Selna to reconsider, claiming the testimony wasn’t anything helpful for their case.

“We did not want that theme before this jury in particular. This is not Los Angeles. There’s not a single Black person on the jury.”

The rapper and his wife are suing a toymaker for using his stepdaughter’s likeness in a series of dolls, which they claim ripped off her look while working in the rap group OMG Girlz.

Coming soon to the federal courthouse in Santa Ana, California: Rapper TI and his wife, Tameka “Tiny” Harris, are going to trial to defend the intellectual property rights of the former girl rap group OMG Girlz in a lawsuit with toymaker MGA Entertainment. pic.twitter.com/5yTN39AXHA

In April 2022, Pullins accused the doll company’s OMG Dolls of plagiarizing the aesthetic of OMG Girlz, a group she was in during her teenage years, The Shade Room’s Nick Fenley wrote for Blavity at the time.

The Harris family were amidst a trial to defend the intellectual property rights of former girl rap group OMG Girlz, Cuniff reports.

T.I’s stepdaughter was in OMG Girlz, alongside Lil Wayne’s daughter.

In an Instagram post Zonnique made in April, she polled her followers on the matter, having them choose between “Hope you got paid” and “Nope, don’t see (the resemblance).”

The trial itself is going to be about MGA’s OMG Dolls and whether or not they infringe on OMG Girlz. The doll maker was actually the first to initiate litigation back in 2020, but now TI and Tiny have gone on the offensive with a counterclaim.

Cuniff reports the suit has “big cultural misappropriation and racism issues being considered in litigation, among other pre-trial issues,” she tweeted.

It’s unclear as to when a new trial will begin.