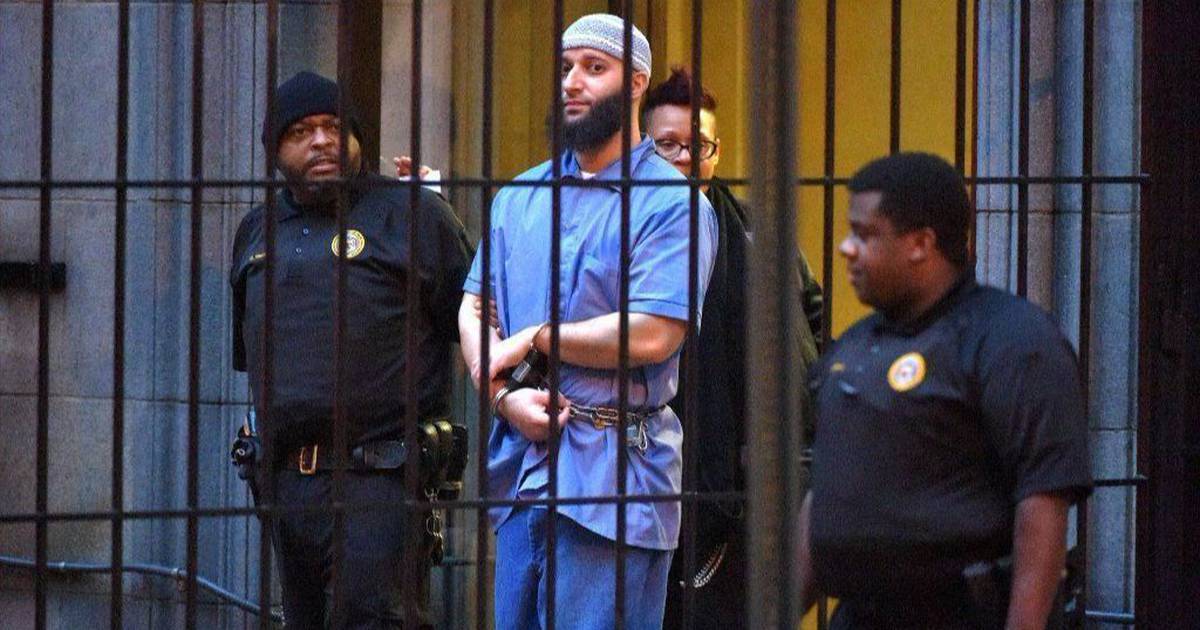 The court hearing about whether Adan Syed, a Baltimore man whose legal saga was the basis for the hit podcast “Serial,” should have his 1999 murder conviction overturned is on hold while the court waits for the victim’s brother to join the proceedings.

Baltimore Circuit Judge Melissa Phinn is holding a hearing to determine if Syed’s conviction for the killing of Hae Min Lee, his ex-high school sweetheart, should be overturned and if he should be released from custody. Prosecutors filed a motion last Wednesday questioning the integrity of Syed’s original trial and the evidence that has left him behind bars these past 23 years.

In Maryland, victims of crime have a right to be heard at proceedings regarding the accused, and Lee’s brother, Young Lee, represents the family. His lawyer Steve Kelly said Young Lee did not learn of the hearing until Friday and asked Phinn to postpone the hearing for seven days so Lee, who lives in California, could attend.

Phinn denied that motion, saying sufficient notice was given to Young Lee and recessed court for 30 minutes so he could virtually join and say his part before Phinn rules on Syed’s guilt. Court is expected to resume around 3:15 pm

Syed, 41, has always maintained his innocence.

Hae Min Lee, 18, was strangled to death and buried in a clandestine grave in Leakin Park. Authorities at the time said they suspected that Syed, her dela ex-boyfriend, struggled with her in a car before killing her. The state’s theory? The popular honors student at Woodlawn High School couldn’t handle it when Lee broke up with him. He was 17 at the time of his arrest, and has been behind bars for 23 years.

Syed is currently incarcerated at the Patuxent Institution, a state prison in Jessup.

Shamim Syed, Adnan Syed’s mother, arrives at the courthouse for a hearing to determine whether his murder conviction in the 1999 killing of Hae Min Lee will be overturned. (Jerry Jackson)

“It is in the interests of justice and fairness that these convictions be vacated and that the defendant, at a minimum, be afforded a new trial,” wrote Becky Feldman, chief of the State’s Attorney’s Office’s Sentencing Review Unit.

Syed’s first trial in 1999 ended with a mistrial. In 2000, a jury found him guilty of murder. The judge handed down life plus 30 years in prison at sentencing.

Despite fighting to uphold the conviction in years past, prosecutors now say Syed may not be Lee’s killer. According to their motion to vacate his conviction, the state has known since 1999 of two “alternative suspects” who may have killed Lee.

One of the suspects had threatened her, saying “he would make her disappear. He would kill her,” prosecutors wrote.

The state did not disclose the alternative suspects to Syed’s defense before trial, meaning his attorneys couldn’t use that information to argue his innocence to a jury.

Syed was convicted, in part, because of cellphone location data that has since been found to be unreliable, according to prosecutors. They also highlighted the inconsistent statements of his co-defendant, Jay Wilds, who testified against him.

“Given the stunning lack of reliable evidence implicating Mr. Syed, along with increasing evidence pointing to other suspects, this unjust conviction cannot stand,” said Erica Suter, Syed’s lawyer and director of the Innocence Project clinic at the University of Baltimore School of Law.

Syed’s conviction became a matter of international intrigue after “Serial,” a podcast released in 2014 that pioneered the true crime genre, raised new questions about Lee’s death. Since then, his legal journey has been the subject of books, other podcasts and television documentaries which spawned new legal filings in his case.

The courts turned down all of his appeals, the last in 2019, when the Supreme Court declined to hear his case.

Things were quiet until this spring.

Behind the scenes, Suter had been working with prosecutors in hopes of reducing Syed’s prison term in light of a new state law enabling those convicted of crimes before they turn 18 to ask the court to modify their punishment.

Be informed of breaking news as it happens and notify about other don’t-miss content with our free news alerts.

While examining the case, prosecutors agreed to request new DNA testing for items collected as evidence of Lee’s killing.

Phinn ordered the tests in March, but the results have so far been inconclusive, court documents show. Tests for a few of the items are pending.

Lee’s family has maintained their belief Syed is guilty and have struggled with the publicity and support Syed receives.

“It remains hard to see so many run to defend someone who committed a horrible crime, who destroyed our family, who refuses to accept responsibility, when so few are willing to speak up for Hae,” the family said in a 2016 statement issued through the Maryland Attorney General’s Office.

“Unlike those who learn about this case on the Internet,” the family said then, “we sat and watched every day of both trials — so many witnesses, so much evidence.”

The Lee family has not spoken publicly about the case since.

This story will be updated.