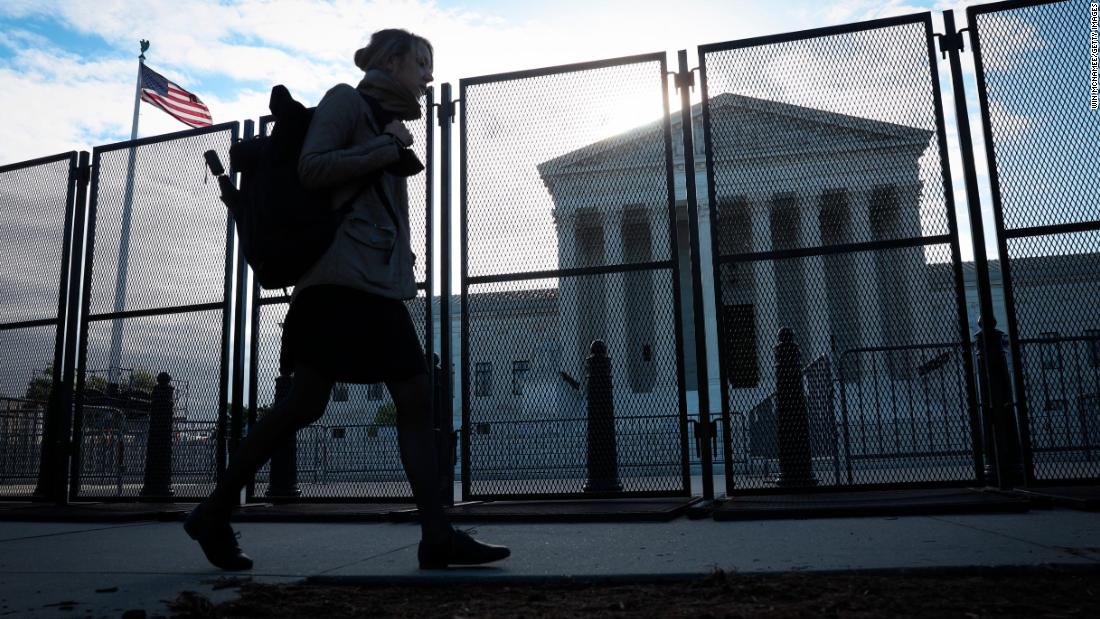 “Everything depends,” one source familiar with the court’s inner workings said, “on how much authority the chief justice gives the marshal.”

When they gather Thursday in their ornate conference room, sitting in order of seniority — or participating by phone if they are out of town — the justices will be alone. No clerks, no staff — only the nine will participate. They may discuss next steps in the investigation.

Sources familiar with the court say that unless the leaker has left obvious traces, such an inquiry could be a delicate enterprise, raising complicated questions about how far Curley can delve into the workings of each chamber.

If the marshal’s mandate includes an invasive look into the electronic communications of each chamber at a time when the justices are still reeling from the leak and worried about the confidentiality of their inner deliberations, the investigation could serve more to raise tensions than calm nerves and her task could prove daunting.

According to one of the sources familiar with the court, it would be one thing for Curley to direct computer forensic tests to trace how the draft opinion was distributed. That could be done in house, as the court has a strong IT department. Interviewing court personnel outside of specific chambers would also be doable. There are, after all, people in the building who work in building support, the cafeteria staff, the architect of the Capitol, nurses — all employees who theoretically would not have access to the opinion drafting process.

If the identity of the leaker could be determined under those methods, it would be a straightforward investigation.

But it’s another thing entirely — this source said — to delve into each chamber, getting permission to search the computer drives of the justices, their clerks and administrative assistants.

Another source — who does not work in the court but who is close to some of the justices — noted that investigators would need the consent of the justices to review communications in chambers, and that could raise questions.

“If you are a justice on the court, how do you feel about the marshal — under the direction of the chief justice — getting all of your electronic data?” the source asked.

The justices are housed in one building, but they run their chambers like nine separate law firms and there are tensions at times between the various staffs, despite efforts to strive for civility and collegiality on the bench. In addition, law clerks are unlikely to sit for potential interviews with a federal official without first hiring lawyers, a process that could delay the inquiry.

The source also questioned whether Curley and Supreme Court police under her control would feel comfortable interviewing the justices themselves if the investigation reached that level, suggesting the court might consider using an outside law firm, contractor or lawyer to serve as some kind of special prosecutor. A last resort, the source said, would be to deputize investigators from other branches of government, such as the US Marshals Service under the purview of the Department of Justice. The court is unlikely to take that route, however, because it takes separation-of-powers concerns seriously.

Two sources said that unless the identity of the leaker is obvious, the marshal’s inquiry might be stymied — raising questions of whether the ultimate end of the investigation would be to ensure that another such leak never happens again, rather than finding the leaker.

According to a former clerk, the justices and their clerks have the ability to access two separate computer systems. Both require an employee to securely connect, but the system used to draft opinions is an intranet service that does not allow access to the internet or external emails. Work done on that system cannot be easily transferred.

The former clerk Said he was unaware of any hidden watermark used on draft opinions. Most chambers include three to four clerks and three administrative aids. The systems are set up to function on laptops or iPads at home, but not on iPhones. Each chamber has more than one printer, but sometimes chambers share copying machines. More than a decade ago, clerks were not allowed to take laptops home, and each chamber had only one freestanding computer that could access the internet.

To complicate matters more, the document in question has a staple mark in an upper corner, suggesting that it was copied from an existing document and may not have revealing electronic fingerprints. In addition, according to the source and the former clerk, a draft can be distributed either manually or through the computer. Some of the justices still follow protocols that predate email.

If the draft opinion has electronic fingerprints that the IT department can read, the case will be less difficult. But the source acknowledged that it becomes more complicated if invasive discovery into the chambers becomes necessary.

A breach of trust and tradition

Two former clerks said the clerks receive handbooks, and are briefed on security issues, before they begin their tenure.

In addition, the justices themselves have their own rules. Republican Sen. Mike Lee of Utah, who clerked for Justice Samuel Alito, appeared on Fox last week and said draft opinions “aren’t often printed.” He said that when a clerk is finished with printed copies of draft opinions, “They don’t just throw them in the wastebasket — they put them in a burn bag.”

“They take the burn bag and they shred it twice, vertically, horizontally — creating confetti,” he said.

Another source added that the brown burn bags with red stripes can be immediately placed in a crosscut shredder in chambers or put in bins to be shredded in the basement. About once a month, an outside vendor takes away the papers in those bins via a truck to further shred documents and dispose of them.

Ian Samuel, a clerk to the late Justice Antonin Scalia in 2012-2013, told a blog called High School Scotus in 2018 how Scalia dealt with security issues.

“Nothing will ever beat Justice Scalia on probably the first day that all four law clerks had started,” Samuel said.

According to Samuel, Scalia said, “Welcome aboard. I’m really happy to have you. Here’s how I run chambers. It’s an open door — if you need to talk to me about something, just come and talk to me.”

But, Samuel said, Scalia emphasized something else.

“If I ever discover that you have betrayed the confidences of what goes on in these chambers, I will do everything in my power to ruin your career,” Scalia said, according to Samuel.

“Then he just let that hang there for a second, and moved on to other subjects,” Samuel added.

While there have always been some leaks coming out of the court, the draft opinion set a new precedent.

“This is an institution unraveling before our eyes,” said one former clerk, amazed at the audacity of the leak. “There have been leaks before, but this is a faucet.”

The leak also raises questions about the security of the justices themselves.

Over the weekend, protesters demonstrated outside of the homes of Roberts, Alito and Justice Brett Kavanaugh. The court wasted no time in erecting barriers around the perimeter of the building last week and Alito — who penned the draft brief — canceled an appearance before the 5th US Circuit Court of Appeals, sending a brief video instead. He apologized for not attending in person, saying personal attendance “became impractical,” according to a lawyer present. In recent years, security around the justices has been bolstered and the Supreme Court police officers have played a more robust role.