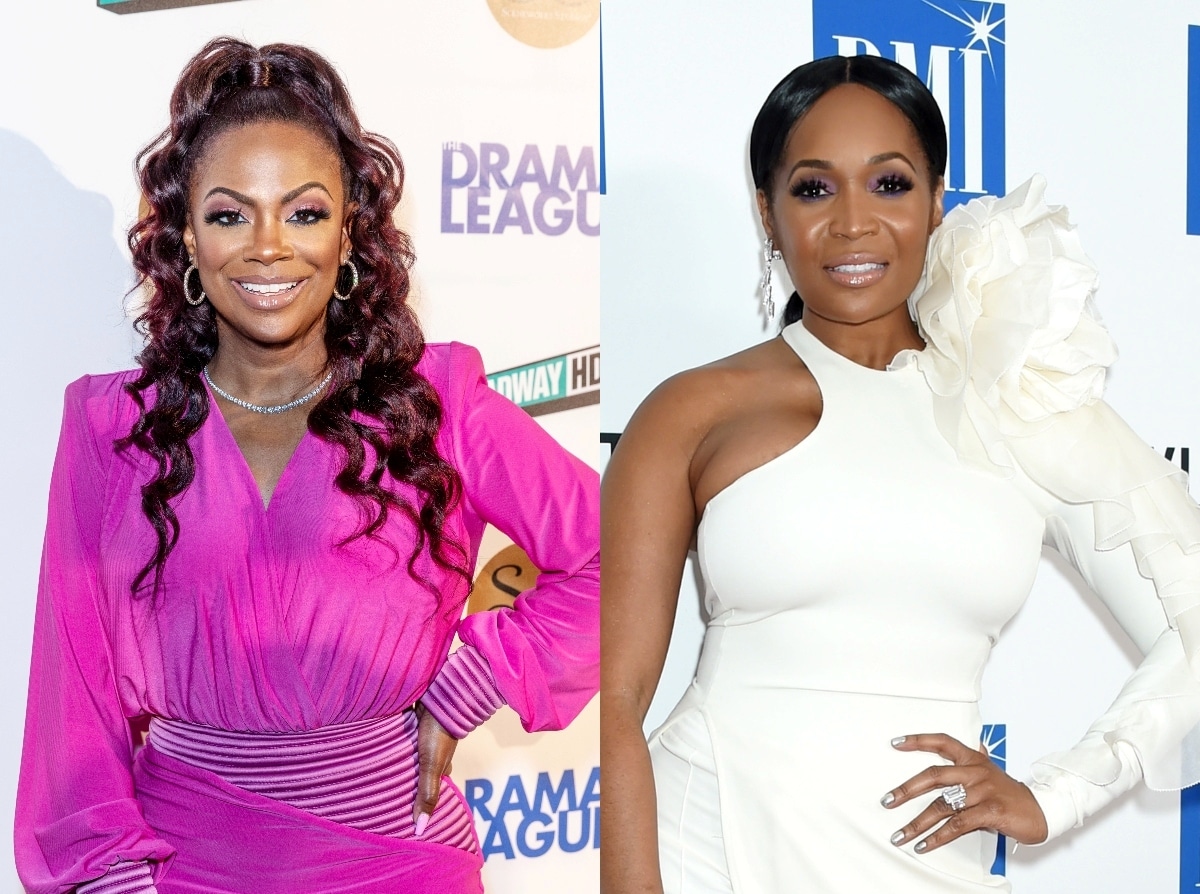 Kandi Burrus appeared on Sunday’s episode of Watch What Happens Livewhere she confessed to feeling that Marlo Hampton‘s Real Housewives of Atlanta reunion performance was rehearsed.

After Marlo was seen discussing her traumatic childhood amid her many feuds with the ladies of the show, Kandi reacted to a virtual fan, who wanted to know if her opinion of Marlo had changed after seeing how emotional she became at the reunion.

“I know that a lot of people are going to think I’m coldhearted for saying this, but I felt like the speech was rehearsed. It gave me rehearsed, especially when she went down to each person,” Kandi admitted on a recent episode of WWHL. “How do a lot of people cover up some of the things that they’ve wronged people is to bring up their traumas and make you feel sorry for them. So it gave me rehearsed, not to say that she has n’t experienced trauma, because she she has. But don’t bring it up every time you dog somebody or drag them.”

At that point, host Andy Cohen stepped in, attempting to take responsibility for Marlo’s potential gas lighting, saying, “But I feel like I was the one bringing it up,” and later suggesting he “brought up a lot of her trauma because I thought it was important to hear what she’s been through in order to understand where she is now.”

Still, Kandi agreed with fellow guest Karamo Brownwho accused Marlo of being emotionally manipulative and playing victim to cover up her bad behavior.

“That was a great way for her to be able to make you feel like you brought it up the whole time. Because she does it through the entire season,” Kandi added.

She then shared her honest opinion of the launch of She by Sheree, which saw Sheree Whitfield‘s merchandise website crashed shortly after it went live.

“I hate to give my answer because people are gonna say it’s shade, but it’s not shade. I love Sheree, and I really, really wanted the brand to be what it needed to be. But I was disappointed,” Kandi stated. “I was disappointed it wasn’t ready to go.”

Another hot topic as of late was the devastating shooting at Kandi’s Blaze Steak and Seafood restaurant on September 7, during which her cousin Melvin was shot in the arm by another employee.

Andy also brought up the drama of past RHOA reunions, asking Kandi which she felt was the most shocking reunion blowup, aside from Kenya Moore and porsha williams‘ season six tussle.

“I still have to go with season nine was the one that shocked me the most because when Porsha said that [Phaedra Parks] was the one who told the lie, I was just shocked, not that I was shocked that she told lies, but I was shocked that she told that one,” Kandi shared of a rumor that suggested she and husband Todd Tucker planned to drug Porsha and take advantage of her.

At RHOA fans well know, the seating arrangements of reunions are said to be telling about who will return for the new season, and who will potentially be left out (depending upon their proximity to Andy). But, according to Kandi, she hasn’t wanted to be in the seat next to Andy since season nine.

“I do not want to be in the front seat” she confirmed.

That said, there are plenty of cast members who do.

“There are a lot of people that feel that they are supposed to be in the seat next to you and I’m like, ‘Go ahead.’ To me, it does not have anything to do with who’s making the biggest check, who has the longest tenure, any of that, no seniority. They just want to sit next to you,” Kandi suspected.

Later, on the WWHL: After ShowKandi was asked for her thoughts on Tyrone Gilliams showing up to Sheree’s fashion show after claiming that going to Philadelphia would have violated his parole.

“He came in all smiling at everybody [and] I thought maybe they must be happy again and they must’ve made up, not knowing until after she was not feeling him. We tried, well I did get a picture of me, her and Todd, and Tyrone, and she was like, ‘Why the f-ck y’all ask him to get in this picture?’” Kandi recalled.

Also, on the live broadcast of WWHLduring a game of “Truth or Kink,” Kandi shaded Marlo as the “least worldwide” cast member of RHOA before stating that she wouldn’t spend more than $100 on She by Sheree leggings and reacting to a question about whether or not she felt Sheree’s New Boyfriend, Martell Holtis using her.

“Well, I feel like they are on the same page so I don’t know,” she replied.

Live Viewing Thread – The Real Housewives of Atlanta season 14 concludes with part three of the reunion special on Sunday, September 25, at 8/7c on Bravo. You can chat below about the episode as it airs.