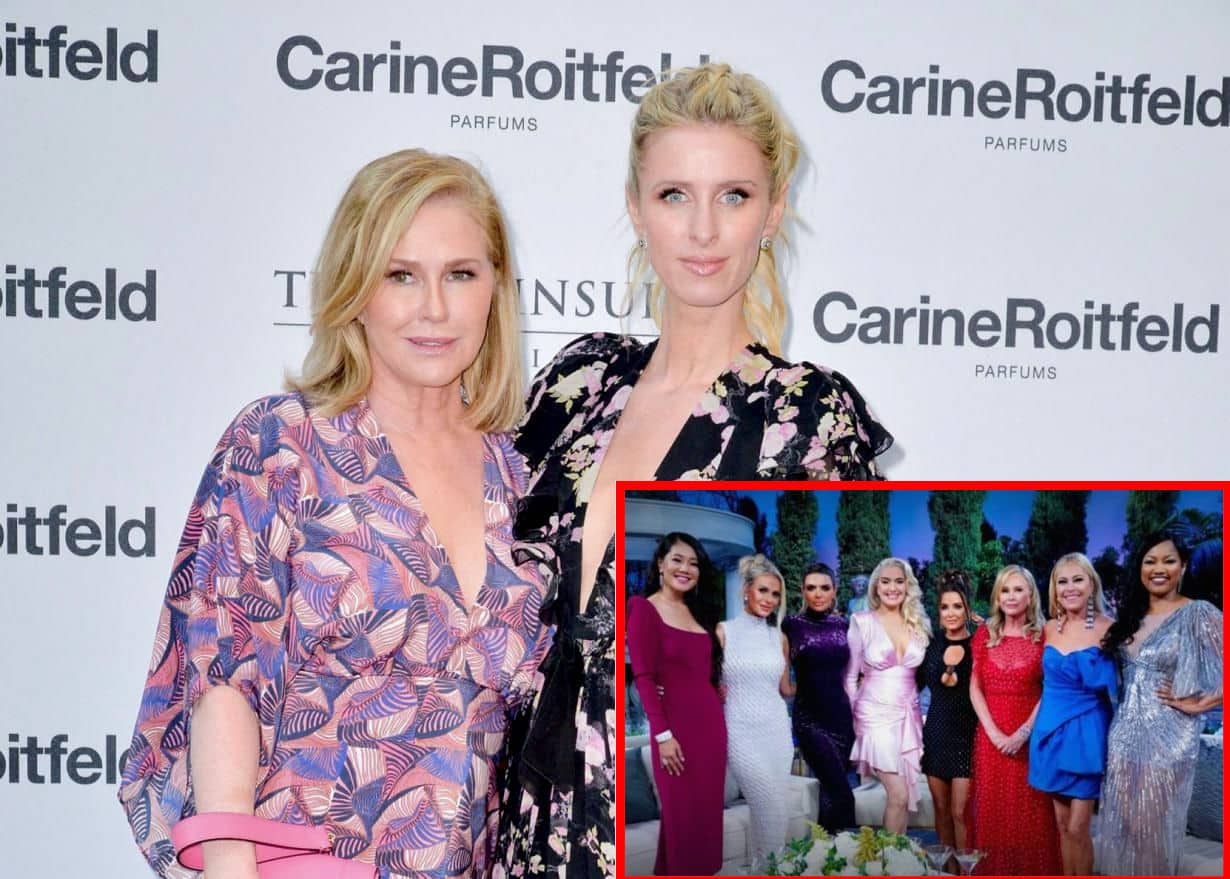 Nicky Rothschildformerly known as Nicky Hiltonweighed in on the recent tequila drama of The Real Housewives of Beverly Hills during an appearance on Tuesday.

After “liking” a shady post about the cast, including her aunt, Kyle Richardsrefusing to allow her mother, Kathy Hiltonto promote Casa Del Sol, the tequila brand she’s invested in, Nicky signaled to the ladies’ double-standards and addressed Kathy’s potential return for next season.

“I think all of the women go on and promote their products,” Nicky told Page Six on September 20. “I don’t see why she should be an exception.”

during the RHOBH scene earlier this month, which was set amid the cast trip to Aspen, Kathy her castmates to indulge in the tequila, which Nicky and husband James Rothschild have also invested in, but Kyle paid her no mind, choosing to instead focus on the conversation she was having with Erika Jayne and Lisa Rinnathe latter of whom proceeded to request a shot of “friend” Kendall Jenner‘s 818 tequila brand.

“Of course, they have Kathy’s tequila, and I have a sneaking suspicion that Kathy put it there herself. Kathy made sure that tequila was there and good for her,” Lisa, who promoted her wine line earlier in the season, said in a confessional.

The episode caused quite a stir amongst the Hilton family, with Nicky’s older sister, Paris Hiltonslamming Kyle as “so unkind” and “liking” a post in which a RHOBH viewer slammed Kyle for being a “sh-tty sister” to Kathy.

“Kyle was so clearly trying to sabotage Kathy’s tequila scene. The show has served as a decade-long advertisement for The Agency, but God forbid Kathy takes a moment to promote her daughter’s business. What a sh-tty sister,” the person had written.

Then, after Kathy seemingly agreed with a fan who labeled Kyle as “trouble,” Paris “liked” another series of tweets, one of which accused Kyle of exploiting the Hilton family and another that credited Kathy with Kyle’s role on RHOBH.

Also, during her interview with Page Six, Nicky was asked about her mom’s potential return to the show.

“I have no idea,” Nicky admitted. “We haven’t really talked about it.”