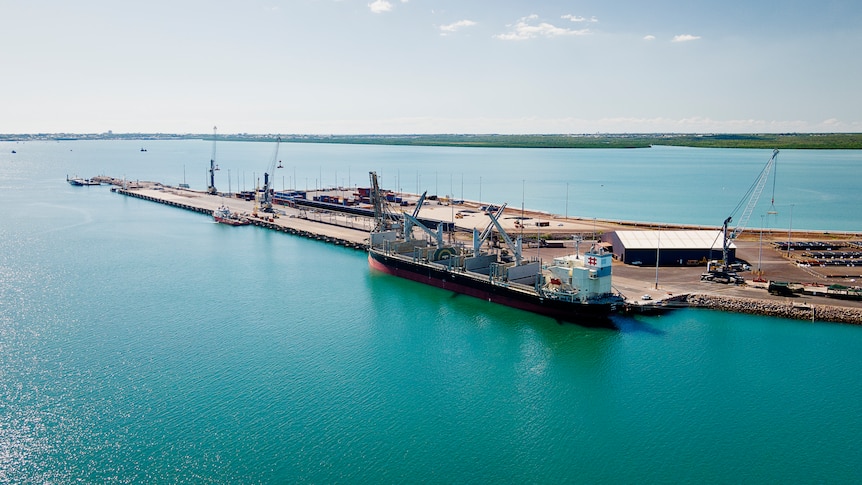 Documents released by Labor Show Scott Morrison has signed off on a federal agreement to pay almost $20 million to the Northern Territory government as part of an incentive program for privatization of the Darwin Port.

The agreement was reached six months after the NT Country Liberal government leased the facility to Chinese company Landbridge in 2015, under a 99-year deal worth $506 million.

Labor has used the documents to accuse the Prime Minister, who was treasurer at the time, of offering a financial “sweetener” to get the controversial deal done.

“Rather than dissuades the Territory government not to lease this port, Scott Morrison instead provided $19 million to the government in the event that they did go ahead,” Labor’s defense spokesman Brendan O’Connor said.

“Now, that is a mistake that should not have happened.

“They should have been working hard and furiously to prevent it from happening.”

The Prime Minister has maintained the port deal was the sole responsibility of the CLP government and that there was nothing he could have done to prevent it.

“The federal government had absolutely no authority over that sale whatsoever,” Mr Morrison said during last weekend’s leaders’ debate.

The scheme offered a 15 percent bonus for state and territory governments that privatized existing assets and reinvested funds into new public infrastructure.

News reports following the 2016 federal budget show the Commonwealth intended to provide a total of $40 million as part of the scheme for the Territory’s long-term lease of the port, as well as its sale of the Territory Insurance Office.

Labor has now released a government document from May that year which shows Mr Morrison signed an agreement that included $19.5 million specifically for the port deal.

The National Partnership Agreement on Asset Recycling, which was also signed by the then NT treasurer David Tollner, required the NT government to invest $130.5 million in a new ship lift facility and an electricity project.

The federal contribution was revised down to $18.5 million as part of an updated agreement which was signed by then treasurer Josh Frydenberg and then NT treasurer Nicole Manison in 2019.

When the port lease was signed, it received the all clear from national security agencies, and it also fell below the threshold for the Foreign Investment Review Board to scrutinize it.

However, the deal has continued to cause controversy amid the increasingly degraded relationship between the Australian and the Chinese governments.

With a federal election set for May 21, Mr O’Connor said the documents showed the port deal was mishandled under Mr Morrison’s watch.

“Scott Morrison signs off on an agreement … effectively provided(ed) a sweetener, encouragement, incentive to the then Country Liberal Northern Territory and government to lease this port for almost a century,” he said.

“And the fact that they have done that, and the fact that Prime Minister Scott Morrison has not apologised, or at least made clear he regrets that decision is really, really a matter of character.”

A recent national security review of the port lease has not been publicly released, however in February the Prime Minister said he had received no advice to take steps to revoke the arrangement.