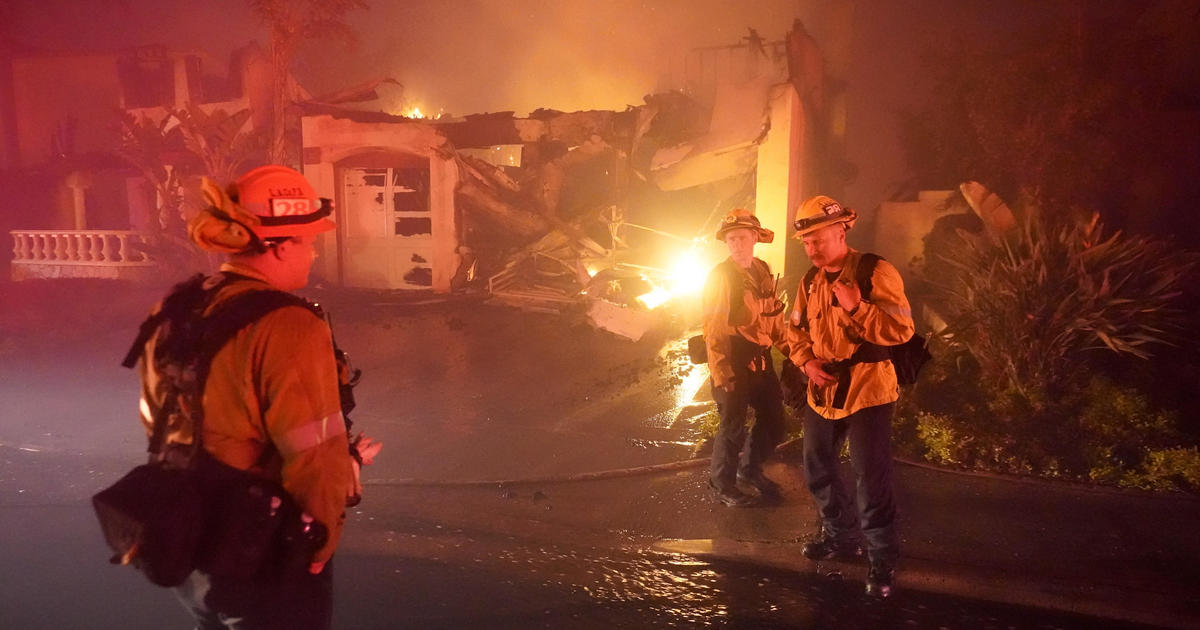 Crews battled a fast-moving wildfire outside Los Angles overnight that authorities estimated had destroyed more than 20 high-priced homes and forced evacuations, CBS Los Angeles reports. The blaze, already dubbed The Coastal Fire, broke out in brush between the cities of Laguna Niguel and Laguna Beach just before 3 pm local time and quickly spread to residential areas.

As of 11 pm, the fire was estimated to have gobbled up 195 acres. There was zero containment.

No injuries were reported.

The cause wasn’t known, but Southern California Edison disclosed that it had told state officials of “circuit activity” in the area where the blaze broke out as it erupted.

Officials said the flames began as a 50-by-50 foot vegetation fire but grew in a hurry, aided by ocean winds, and advanced toward high-dollar hillside estates overlooking the Pacific. At least five multimillion-dollar houses were scorched. One was a mansion listed for $10 million.

Officials said the area’s steep terrain was making it difficult to run hose lines and get ground crews where they needed to be. Fixed-wing planes dropping fire retardants and water-dropping helicopters were being used.

“We have the entire region focused on this fire right now to make sure we have every fire engine available in the area to put this fire out,” Orange County Supervisor Lisa Bartlett said.

Orange County Fire Authority Chief Brian Fennessy said during a news conference Wednesday night that, “Unfortunately, I think this is what we’re going to be experiencing over the next several weeks and years. The vegetation is so dry it is not taking much for the fire to take off running and burn very quickly.”

Students at Laguna Beach High School were evacuated from their after-school activities.

CBS Los Angeles reports that a cat was rescued from one of the homes earlier in the day.

Fire officials also reported hearing what they believed was ammunition exploding in one of the houses that was ablaze.