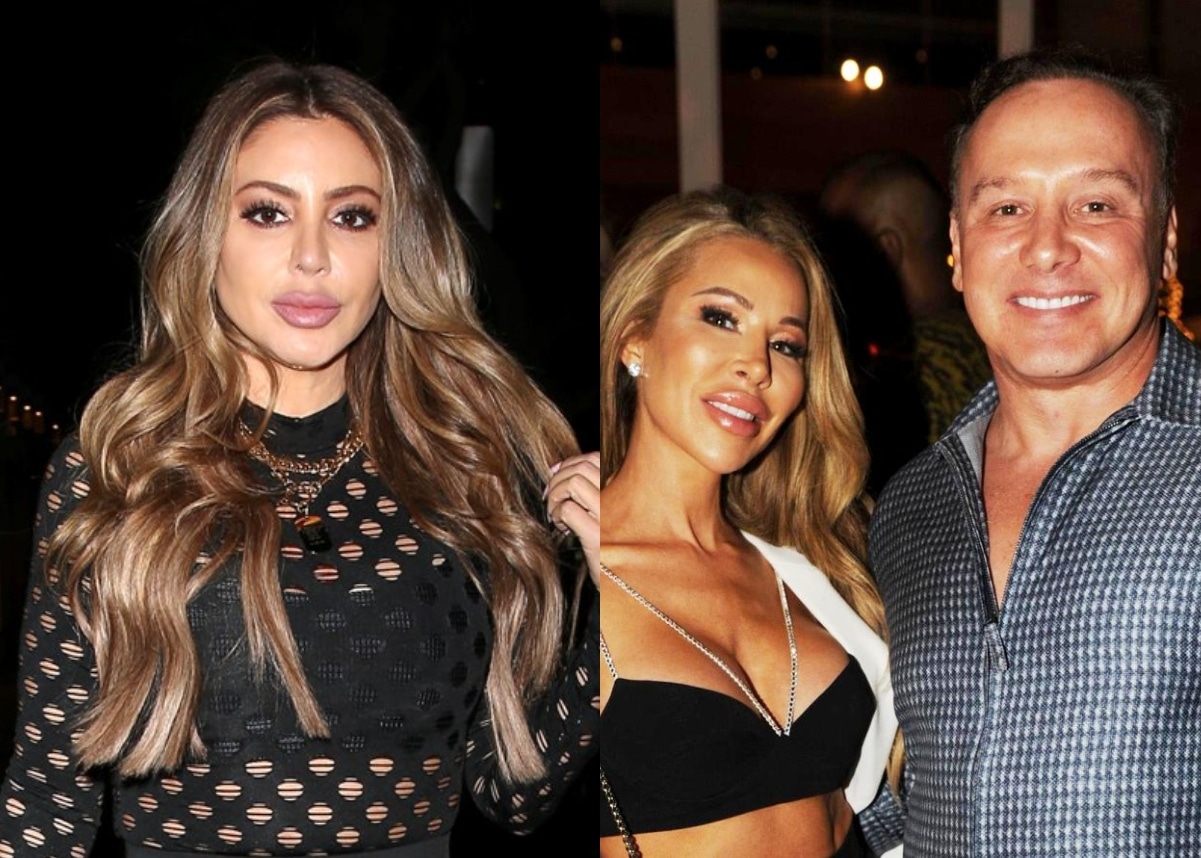 While also sharing her thoughts on Lisa and Lenny’s split, explaining her relationships with Adriana De Moura and Julia Lemigovaand commenting on longtime friend Scott Disickthe Real Housewives of Miami cast member described her and Lisa’s encounter with Lenny as a “mess.”

“I don’t think [Lisa] knew anything,” Larsa admitted of Lenny’s divorce plans on the May 25 episode of the Side Piece with Melissa Pfeister podcast. “[But] I feel like everything happens for a reason.”

Because Larsa and Lisa often spend time together on the weekends, they were recently out on the town, where they were suddenly faced with Lenny.

“We just ended up running into him. It’s just a mess,” she recalled. “It was a lot of different things happening that night. It was a really long night. That’s all I can say.”

Although Larsa didn’t say whether Lenny was with his girlfriend, Katharina Mazepashe alluded to his decision to go public with the Austrian model just as he shared the news of his and Lisa’s split.

“I feel like when relationships dissolve… People should do the right thing. If you’re not happy, handle it the right way,” she advised. “I just don’t know what, what is the goal with that? Does he think he’s going to be with this person?”

As for how Lisa has been handling their split, Larsa said her RHOM castmate, who shares two children with Lenny, son Logan, 6, and daughter Elle, 2, is taking things day by day.

“Everyday she wakes up, there’s something new. So for her, everyday is kind of hard cuz it’s new stuff that’s coming out,” she explained.

And while Larsa is ready to let Lenny go, she said she “gained weight” while supporting her friend.

“I am an emotional eater. So while Lisa’s getting skinny dealing with this, I’m over here eating up her sorrow. I’ve gained so much weight just listening to her life,”Larsa admitted. “[But] everyone’s [been] very supportive… She has a lot of great friends who want to be there for her.”

Looking back at season four, Larsa said she had “no idea” why Adriana came for her so hard.

“I feel like I’m so nice to her. I never thought she would be this person towards me,” Larsa noted.

But now, amid filming on season five, Larsa claimed Adriana “couldn’t be nicer to me.”

“So I’m like, ‘Am I supposed to forgive and forget how crazy you were to me last season?’ But people grow. People learn,” she reasoned.

Regarding her relationship with Julia, Larsa said that because she believed she and Julia had so much in common, she thought they’d get along great.

Luckily, the two of them have since turned a corner.

While Larsa is in a good place with most of her castmates today, she confessed to nearly quitting after the season four reunion.

“I kind of felt like after the reunion, I kind of was done for a second,” she recalled. “I was like, ‘What’s the point of doing this where all they do is hate on me?’ I don’t have that energy. And then I came to a realization a couple months ago and I feel like, if I was like most people and I had to sit in front of someone like me that’s unfazed By all the stuff, I would hate on me too.”

As for her relationship with Scott, Larsa said that despite rumors of a romance, the two of them have been “friends forever.”

“We’ve always maintained a friendship. We’re great friends,” she stated. “Whenever he comes to Miami, he calls me. When I’m in LA, I’ll be like, ‘Come over for a barbecue.’ Are kids are really good friends.”

Also on the podcast, Larsa opened up about her current relationship with ex-husband Scottie Pippennoting that while she did ask him before joining RHOMshe would’ve done it regardless.

“I didn’t ask him. But I said, ‘Hey, do you care if I do housewives?’ But I had already made up my mind. And then he was like, ‘If you wanna do it, do it.’ We pretty much get along when it comes down to our kids and the way we raise our kids. So I think as far as that, we’re in a good place,” she noted.

“I love him. I feel like I need him,” she continued. “When we talk, I’m always like, ‘I love you. I hope you’re good.’ I’m always going to be there for him. I feel like he’s always going to be there for me. Our foundation was based on love so I have to always go back to that. We talk a lot… more than most divorced couples probably. It’s more awkward for other people who don’t know how I am and how he is. We co-parent the same. If I need something from him as far as the kids, I feel like he always does.”

The Real Housewives of Miami season five is expected to begin streaming on Peacock sometime later this year.