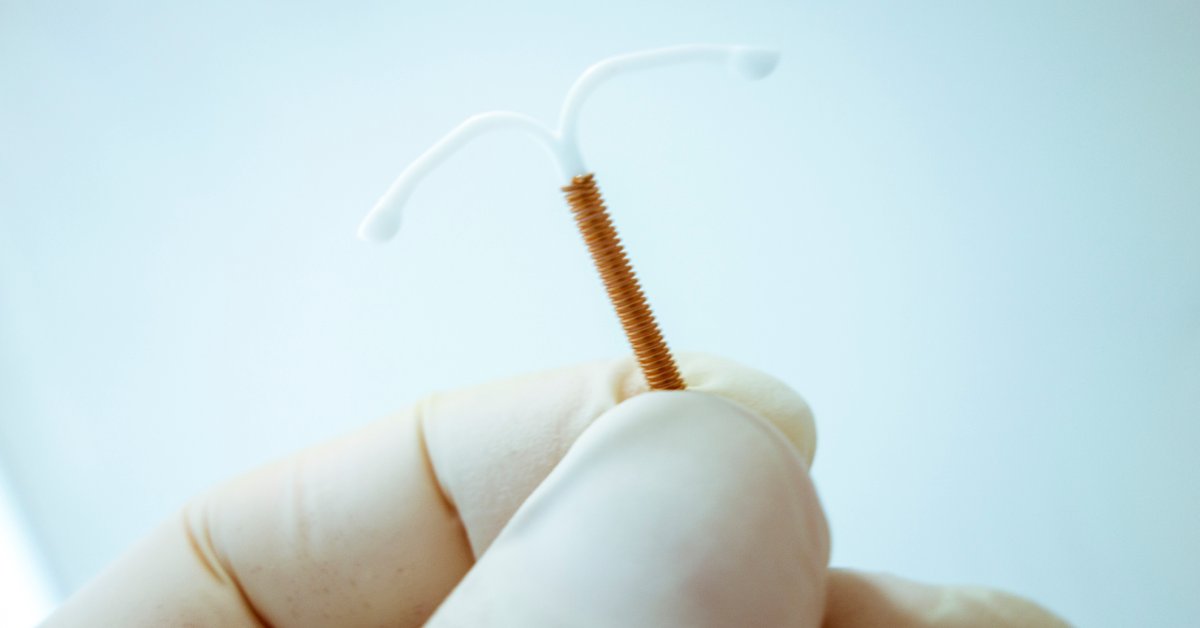 When Rachel, a 35-year-old from Colorado, learned four years ago that she was pregnant despite taking birth control pills, she wanted to make sure it didn’t happen again. The stakes were high: in addition to not wanting kids, she has a uterine deformity that makes pregnancy risky. She terminated the pregnancy, then began looking for long-lasting birth control.

Rachel (who asked to use only her first name to preserve her privacy) lives in a rural part of Colorado where the only local health system is Catholic and doesn’t offer most forms of contraception under the Ethical and Religious Directives for hospitals. Even though Rachel had been receiving care there for years, her provider could only refer her to a women’s health clinic an hour away when she asked about birth control methods like diaphragms and intrauterine devices (IUDs).

Though she was initially interested in reversible methods of contraception, Rachel ultimately decided to have her fallopian tubes removed—a type of permanent sterilization—when she made the trip to the women’s health clinic. “My first impulse when [my husband and I] got home was, ‘I need to tell every woman I know to check your local health system. If it’s faith-based, you need to figure out what that means for you,’” Rachel says. “We found out the hard way.”

Birth control is harder to get in the US than it should be. Many options are available—including pills, sterilization, and long-acting reversible contraceptives (LARCS) like IUDs—but people frequently struggle to get the one they want due to provider refusal, inadequate insurance coverage, disparities in access to care, and clinical deserts where few reproductive health clinicians practice.

Some health and legal experts are concerned that those problems may get worse in the future. The Supreme Court’s leaked draft decision to overturn the landmark abortion access case Roe v. Wade, which could change before the Court makes its final ruling, argues that the Constitution does not guarantee the right to abortion. one of gnaw‘s central arguments—surrounding a right to privacy—was also used in a case that expanded access to contraception, so some people are concerned about the security of that precedent.

In the leaked draft, Supreme Court Justice Samuel Alito wrote that the decision applies only to abortion. But after news of the draft broke, President Joe Biden said that “every other decision relating to the notion of privacy is thrown into question.” Maryland Rep. Jamie Raskin, who is also a Constitutional scholar, similar raised fears on Twitterwriting that “if Alito’s majority destroys the right to privacy, states could jail women and doctors for abortion and contraception offenses.”

Lawmakers in states including Louisiana, Idaho, and Tennessee have recently either voiced support for policies that could limit access to some forms of birth control (namely emergency contraceptives) or denounced legal precedent around contraceptive access. Mississippi’s governor also refused to rule out the possibility of future limitations on contraception access in an interview with CNN. Recent comments like these have raised the stakes when it comes to preserving access to birth control.

Birth control is not a replacement for abortion care, says Dr. Aishat Olatunde, a Pennsylvania ob-gyn and member of the nonprofit advocacy group Physicians for Reproductive Health. But, she says, “We want to be able to make sure that [people] have access to all of our options, whether that’s contraception, permanent contraception, or abortion.”

The demand for long-lasting birth control

LARCs are more than 99% effective at preventing pregnancy, making them the most effective form of reversible birth control. This category includes IUDs: small, T-shaped devices inserted into the uterus that can prevent pregnancy for up to 12 years, either by releasing low levels of hormones or by using copper to prevent sperm from reaching and fertilizing eggs. Another LARC, the birth control implant, is a rodlike device placed under the skin of the upper arm that dispenses pregnancy-preventing hormones for three to five years.

LARCs have become far more popular in recent years than they used to be. In 2002, only about 1.5% of US women used them. That number had risen above 10% by 2017-2019, according to federal data —only slightly behind the 14% who used birth control pills.

That’s in large part because the contraceptives have gotten safer to use. An IUD called the Dalkon Shield became popular in the 1970s, but it was later linked to serious health problems including pelvic inflammatory disease, leading physicians to stop recommending it. That left many doctors uneasy about recommending LARCs for years to follow. But, over time, better products were approved and shown to be safe.

IUDs have also become more widely recommended. Until 2005, the ParaGard copper IUD was only authorized for people who’d already had children. After that, however, ParaGard and other IUDs were approved for and marketed directly to younger people without children, expanding the patient base.

Despite their growing popularity and impressive efficacy, however, many people struggle to access these forms of contraception.

Cost is one obstacle, says Mara Gandal-Powers, an attorney and director of birth-control access at the National Women’s Law Center (NWLC). Under the Affordable Care Act, most insurers must fully cover at least brand of each type of contraception available in the US—including pills, LARCs, patches (which are replaced weekly), and rings (which are replaced about once a month). Someone who wants an IUD should be able to get at least one of the five brands available in the US without paying anything.

But the NWLC’s consumer hotline receives enough calls from people who received huge bills to know that the system isn’t working as intended, Gandal-Powers says. Some insurers don’t comply with the law, in some cases covering the contraception itself but refusing to pay for costs associated with administering it or follow-up visits.

For the roughly 10% of people in the US who are uninsured, LARCs may be even further out of reach. The Mirena IUD, for example, costs $1,049 without insurance.

The national shortage of health care providers is another problem. While birth control pills can be virtually prescribed and delivered to many patients’ doors, LARCs require an in-office visit for insertion, removal, and follow-up care. In parts of the country where few medical providers and even fewer reproductive health specialists practice, simply getting an appointment with a clinician who can place a LARC can be challenging. Half of US counties did not have a single gynecologist practicing there as of 2017, according to the American College of Obstetricians and Gynecologists (ACOG).

As Rachel learned, finding the right provider can be especially difficult in areas dominated by religiously affiliated health care networks that can refuse to perform reproductive care. As of 2016, roughly 16% of hospital beds in the US were in a Catholic medical center, and in some states as many as 40% of beds are in religiously affiliated facilities.

problems on the horizon

With the Supreme Court’s final decision on Roe v. wade looming and the future of contraception access uncertain, those problems may get worse. In Idaho, for example, Republican state representative Brent Crane said he plans to hold hearings on banning emergency contraception, like Plan B. Crane originally said he was not “certain” about where he stood on access to IUDs, before walking back that comment, the Idaho Statesman reports.

Dr. Rachel Bervell, a medical resident who runs the Black ObGyn Project, an online initiative to bring anti-racism into reproductive care, says the possible overturning of Roe v. wade raises larger concerns about limitations on bodily autonomy. “It feels like a slippery slope,” she says.

Dr. Amanda Bryson, a medical fellow at Boston Children’s Hospital who has studied contraception access, says these issues are likely to be especially pronounced among people from historically marginalized backgrounds, who already struggle often to access equitable contraceptive care. That includes people of color, low-income individuals, people who are not straight or cisgender, people who are undocumented, and people who are incarcerated, she says.

LARCs in particular can present complicated issues for people from these communities. On one hand, people who want long-lasting birth control may not be able to get it if they face financial barriers, live far away from providers, or are unable to take multiple days away from work for medical appointments. But at the same time, reproductive justice groups have voiced concerns about doctors recommending them without listening to patient preferences. A 2016 joint statement from SisterSong and the National Women’s Health Network, two reproductive justice organizations, warned that “too much LARC zeal can easily turn into coercion, becoming just the most recent in a long line of population control methods targeted to women of color, low-income and uninsured women, indigenous women, immigrant women, women with disabilities, and people whose sexual expression is not respected.”

“These are two sides of the same coin,” Bryson says. “It comes down to the ability for somebody to be able to exercise the human right to self-determine family planning.”

“Medicine historically has been this very patriarchal environment where the thought is that the doctor knows best,” Olatunde says. “The reality is, we are not in our patients’ shoes.”

Even as politicians around the country place limits on reproductive health care, more clinicians are embracing patient autonomy. In January, ACOG released new guidance that directs clinicians to “request an individual’s values, preferences, and insight into what matters most to them as it relates to contraception,” echoing reproductive justice groups that have been pushing that message for years.

In March 2022, Congressional Democrats urged government agencies including the US Department of Health and Human Services (HHS) to streamline the insurance coverage process for contraception, so that people can get whatever form of birth control they want. HHS, for its part, said in January that it is “actively investigating” insurers’ compliance with the ACA’s standards around contraception coverage.

That’s the message that Rachel carried away from her experience in Colorado. “No one is as protected as they think they are,” she says. “Especially now.”

write to Jamie Ducharme at jamie.ducharme@time.com.