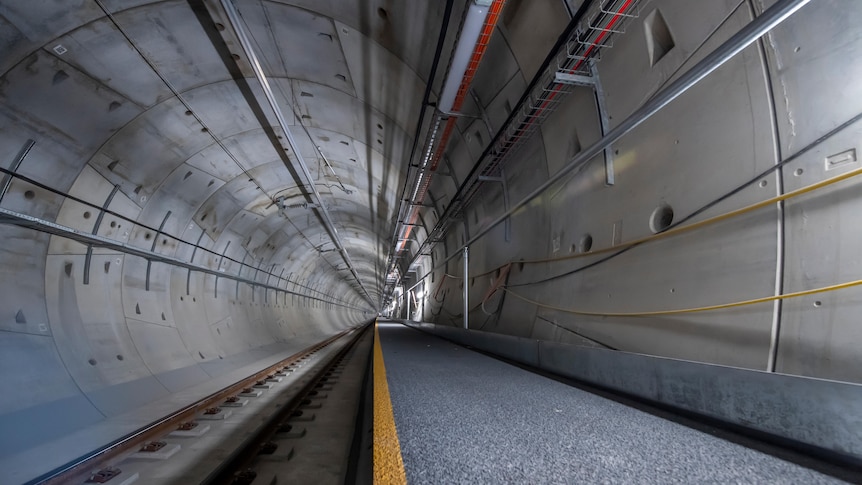 There are concerns the completion of Perth’s new airport train line will be hit, with the train driver’s union saying the tunnel was still considered a construction site and had not been handed over to the government for assessment.

That date is now just three weeks away, but the secretary of the Rail, Trams and Bus Union (RTBU), Joshua Dekuyer, said his members were starting to get nervous because the line was still considered a construction site and was yet to be handed to the Public Transport Authority (PTA).

“If it’s given to the PTA just before opening, it limits our members’ ability to ensure that current and accurate and relevant risk assessments [are] … carried out in time,” he said.

Adding to those concerns was the history of the project, which in 2018 saw a worker suffer a serious head injury, before work was delayed for a year because of a sinkhole.

“The Metronet project, and the airport line, it’s to be commended – but it has been plagued with safety and engineering issues over its construction, testing and commissioning stages,” Mr Dukeyer said.

“I’m sure many of them have been rectified and I believe there’s some that might be still outstanding, but we need to see and need to be made comfortable that all that stuff has been addressed.

“We’re not saying it’s not ready, we’re just saying we just want to be made sure that it is ready.”

Mr Dukeyer said he understood only phones using Telstra worked within the line’s tunnels, but said he was not sure if that was still the case because of limited access to the line.

After requesting information from the PTA earlier this month, the RTBU was meeting with both the government and the state’s public transport operator today.

Ahead of those meetings a spokesperson for Ms Saffioti would only say: “My office, along with the PTA, have had a collaborative relationship with the unions during the project and will continue to do so.”

The line had been due to open in 2020, but over time that deadline drifted towards the first half of 2022, before the October opening was settled on.

It means the line will only be open for a few months before being affected by postponed works on the Midland line, which will see it shut in January 2023.

The long-awaited line, which has been more than a decade in the making, will be the first major part of the government’s Metronet strategy to reach completion having been started by the former Coalition government in 2016.