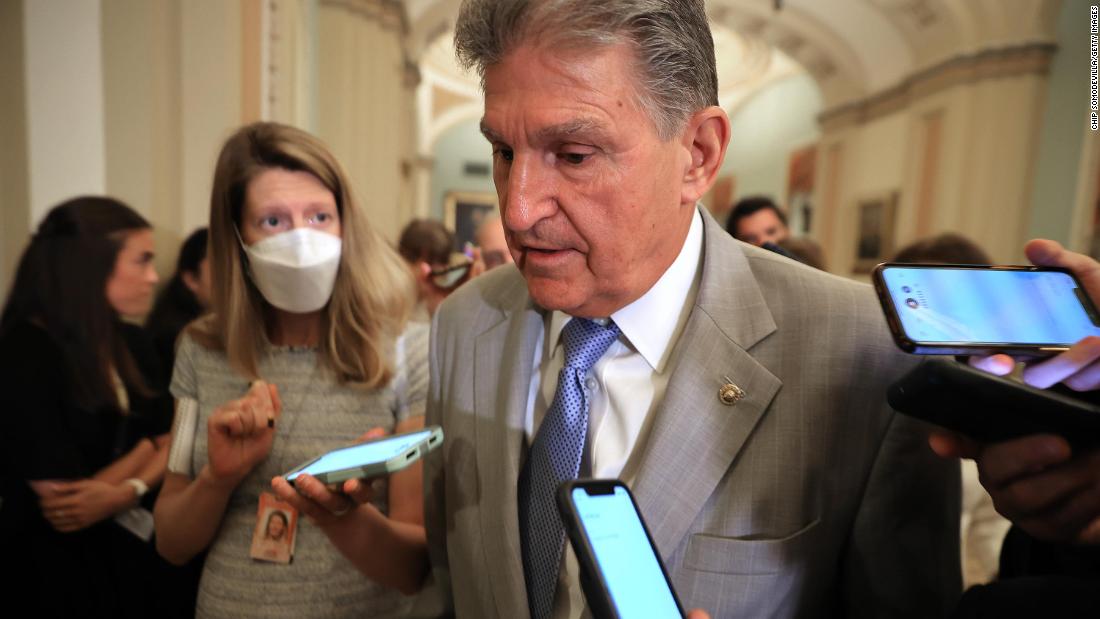 “I never thought I had a need for that type of a high-capacity automatic weapon,” Manchin told CNN on Monday. “I like to shoot, I like to go out and hunt. I like to go out sports shooting. I do all of that. But I’ve never felt I needed something of that magnitude.”

Manchin also said he “wouldn’t have a problem on looking at” backing a ban on so-called assault weapons — a proposal pushed by the White House and Democratic leaders, but that stands no chance of winning the needed 60-votes in the Senate.

“It depends on what they, how they would approach it,” Manchin said. “I’m open to anything that makes gun sense.”

The comments from the Senate’s most conservative Democrat — who hails from a state with a strong gun culture — show growing Democratic support for imposing tough new gun laws as senators try to see whether there can be any compromise with Republicans to deal with episodes of gun violence ravaging communities nationwide. The position underscores how the two sides still have a number of major disagreements to resolve as they race to cut a deal this week amid public outcry over mass shootings nationwide.
Manchin is part of a small bipartisan group of Senate negotiators trying to finalize a deal on guns. The negotiators are not discussing some of President Joe Biden’s demands such as renewing the expired assault weapons ban, but they are looking at a handful of changes, including encouraging states to enact red flag laws, which allow guns to be temporarily taken away from deemed individuals. a danger to themselves or others, expand background checks on gun purchases, bolster the mental health care system and beef up school security. There is also discussion about new regulations on gun trafficking between states and potential new legislation on storing weapons safely at gun owners’ residences.

Senate Majority Leader Chuck Schumer wants a deal resolved by this week, but both sides are uncertain whether they can get there.

While Democrats can pass gun bills through the House on the strength of a party-line vote, as they plan to do this week, the vote count math is far more difficult in the Senate. Democrats control the narrowest possible majority in the chamber with only 50 seats and would need at least 10 Republicans to break a filibuster and advance any potential gun package.

In the Monday interview, Manchin argued that two new laws could prevent some of the recent mass shootings: requiring individuals to be 21 to buy high-powered rifles and imposing minimum state standards to create red flag laws. The two elements are part of the bipartisan negotiations, but Senate sources have expressed skepticism that raising the age for gun purchases will be included in any final package due to GOP resistance.

Republicans have pushed back on raising the age to 21, with some pointing to a 2-1 ruling in the 9th US Circuit Court of Appeals finding that a ban on 18- to 20-year-olds buying the guns is unconsitutional, though a full panel of the court has not ruled of the matter.

The two leading GOP senators involved in gun talks on Capitol Hill — Sens. Thom Tillis of North Carolina and John Cornyn of Texas — signaled Monday evening that it’s unlikely Congress will raise the age requirement for purchasing semi-automatic firearms, instead saying they are looking at changing the criminal background check system to access juvenile records before a sale is complete.

“I would say that will be controversial,” Cornyn told CNN of raising the age for 21. “But that’s being discussed.”

Manchin rejected the argument that raising the age is unconstitutional. “Why do we have driver’s license? Why is there a certain age for everything that we do in this society?” he asked. “It’s always been accepted. So I don’t see how this one thing can be any different than other things we do.”

Manchin, who is the co-author of a stalled bill to expand background checks on all gun show and Internet sales, indicated he was still pushing to try to include his proposal in any final deal. And he pushed back when asked about narrowing the proposal so checks wouldn’t be required on Internet sales.

“Oh, internet sales have to be taken care of,” Manchin said.

The Democrats try to see if a deal can be reached this week, Manchin said talks should continue into next week if the senators are close to a deal.

“I think if we’re close to getting an agreement, yeah, I’m not gonna push something that’s gonna blow the thing up,” Manchin said.

This story has been updated with additional information Monday.