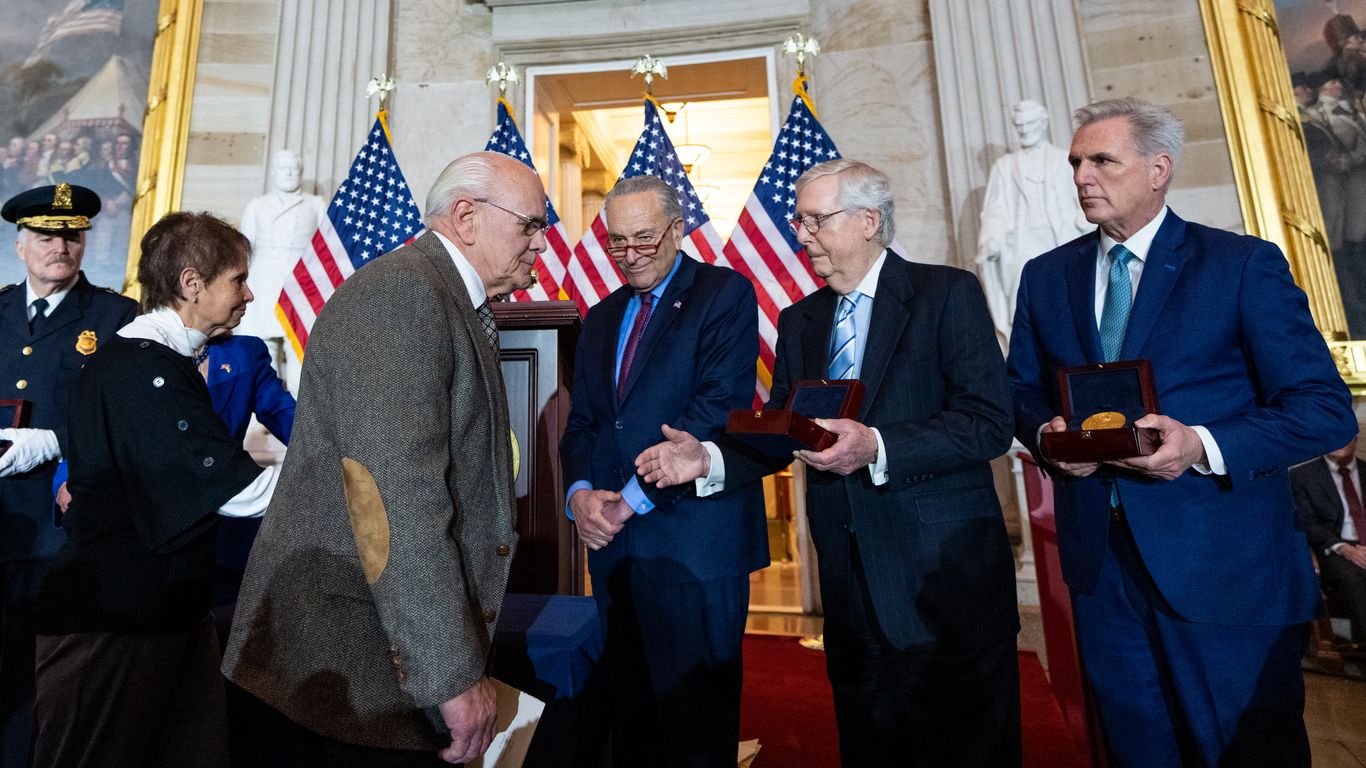 Why it matters: Ken Sicknick, brother of Brian Sicknick, told CBS News after the ceremony that the Republican leaders “have no idea what integrity is” and said they did not deserve a handshake.

What they’re saying: “They came out right away and condemned what happened on January 6, and — whatever hold that Trump has on them — they’ve backstepped, they’ve danced. They won’t admit to wrongdoing — not necessarily them themselves, but of Trump , of the rioters,” Ken Sicknick told CBS.

The big picture: Police officers who responded to the Jan. 6 attack and some of their family members also declined to shake McConnell’s and McCarthy’s hands.