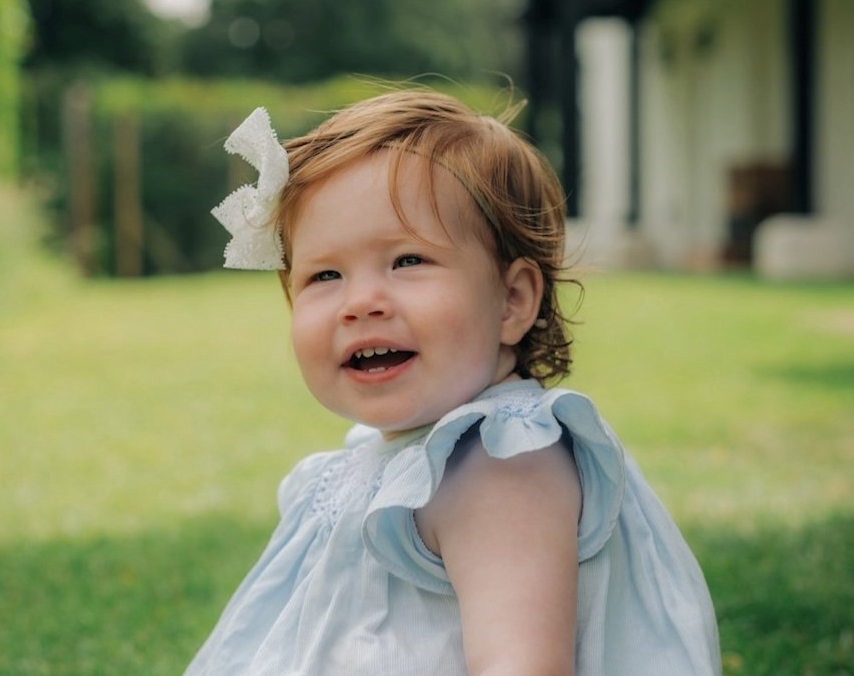 Meghan Markle and Prince Harry have released a rare new portrait of their daughter, Lilibet, on the occasion of her first birthday. Known as “Lili,” the duke and duchess’s youngest child turned 1 on Saturday, June 4 amid celebrations in the United Kingdom for her great-grandmother her Queen Elizabeth’s Platinum Jubilee, marking her 70 years on her throne.

The portrait lensed by photographer Misan Harriman — who also photographed Meghan’s pregnancy announcement — reveals Lilibet to be a redhead, taking after her father Harry. Wearing her short, red curls secured with a large white bow, the tot poses in a pale blue dress for her birthday photo.

Yahoo UK royal executive editor Omid Scobie reports that the couple — who reunited with the extended royal family for some of the London festivities honoring the queen last week — welcomed “close friends and family” to their Frogmore Cottage residence near England’s Windsor Castle on Saturday. There, they their daughter’s birthday with an “intimate backyard picnic” featuring a custom cake from Claire Ptak, the baker who created their own lemon-flavored wedding cake back in 2018.

Lilibet’s first birthday also drew well wishes from other members of the royal family, including aunt and uncle Kate Middleton and Prince William, though it’s unclear who attended the gathering in her honor.

Born a year and a half after her parents — who also share 3-year-old son Archie — announced their formal exit from the royal family, Lilibet was given a name honoring her roots. Her her first name her is a nod to the queen’s childhood nickname her, while her middle name her, Diana, honors her late paternal grandmother, Princess Diana.