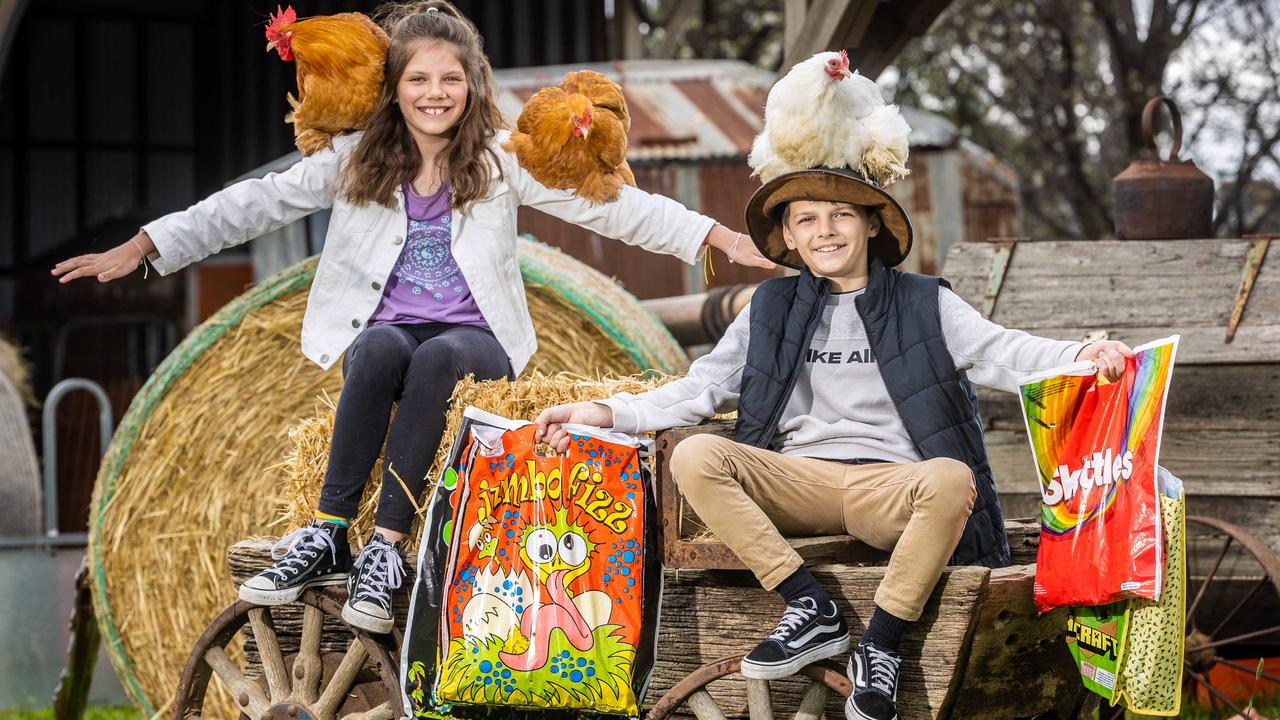 The first day of the first Melbourne Royal Show in more than 1000 days is a sell out, with a record-breaking 50,000 tickets snapped up.

And tickets are selling fast for the remaining 10 days of the event, which runs from September 22 to October 2, as two years of Covid cancellations drive “extraordinary” interest.

A state government commitment to wipe entry costs for children aged 14 and under has also been a coup for the Show, which is expected to attract more than half a million people in total.

“It’s been a bit like Christmas, the build up to it all,” Melbourne Royal chief executive Brad Jenkins said.

“With the first two days (of the Show) being public holidays, we’re expecting those to be well attended.

“Not being able to run the Show for two years also gave us an opportunity to reimagine the event to make it the best ever.”

How to visit the Melbourne Royal Show on a budget

Traditionalists can still opt for the CWA Kitchen – a 70-year institution at the Show renowned for scones with cream and jam.

“The CWA volunteers will be aiming to break their scone record of about 14,500 this year,” Mr Jenkins said.

There will be a new entertainment precinct in the middle of the Showgrounds, featuring kids’ performances during the day and gigs after dark.

A different Aussie music act will take to the stage each of the Show’s 11 nights, with Baker Boy, The Veronicas, Sneaky Sound System, Bag Raiders and Gretta Ray among those on the line up.

Patrons pay just $25 to enter the grounds after 5pm to catch these concerts.

“And all the quintessentials are back, from the woodchop to equestrian events, the thousands of beautiful creations on display in the Spotlight Makers Pavilion.

“There are more than 300 Showbags, more rides than ever, and the dog show is celebrating 150 years.”

Mr Jenkins noted more than 900 businesses and 1100 volunteers would be involved in this year’s Show, which would also pay tribute to Queen Elizabeth II with a minute’s silence at 11am on September 22.

He assured visitors strict precautions were being taken to keep foot-and-mouth disease out.

“The Show has been going for 174 years, so we’ve got very stringent biosecurity protocols and we have worked with authorities to elevate those,” he said.

“We’ve got matting for visitors to wipe their feet on before entering the livestock pavilion and animal nursery, and increased signing around the risk of foot and mouth.

“The Show is an opportunity to really educate and inform about biosecurity.”

The Melbourne Royal Show runs from September 22 to October 2.

Things you need to know

Showbags: more than 330 on offer in the Herald Sun Showbag Pavilion, starting at $3.

TOP SIX THINGS TO DO AT THE SHOW

1. Wander through the animal nursery, get up close to baby animals and see the smiles on kids’ faces.

2. Try out the new food precincts, particularly Graze in the heart of the Showgrounds. There will be some great food trucks in there.

3. Wander through the art and crafts exhibitions at the Spotlight Makers Pavilion. There will be about 3000 creations on display, including decorated cakes and craft creations.

4. It wouldn’t be a visit to the Show without checking out the Herald Sun Showbag Pavilion. More than 300 showbags are on offer, with options for all ages, from Bluey and Barbie through to the footy bags, women’s and men’s health, magazines and confectionary.

5. Watching the woodchop – it’s always a staple and crowd favorite of the Show. It will be on the first five days this year (September 22-26).

6. Visit the equestrian and livestock area, including seeing the competing horses win the historic Garryowen, show jumping events and more.

THE SHOW AFTER DARK

When the sun sets on the Showgrounds, Aussie music stars will come out to play.

From September 22, the Melbourne Royal Show will put on 11 nights of gigs as part of its new After Dark offering.

DJ Havana Brown will kick off the line up of concerts, with The Veronicas, Baker Boy, Gretta Ray, Sneaky Sound System and Bag Raiders among the other headliners.

Illusionist Cosentino, a freestyle motocross stunt show and a laser light show will warm up crowds in the Show’s new-look entertainment precinct from 6pm, before a different music act takes to the stage each night at 8pm.

Patrons will pay just $25 to enter the Showgrounds after 5pm for a night of entertainment, which will also include access to new food precincts Graze and Melbourne Laneway, and a selection of rides.

Melbourne Royal chief executive Brad Jenkins said the Show’s entertainment offerings would all be “centralised in one location, right in the heart of the Showgrounds” this year.

“We’ve got a massive entertainment program,” he said.

“Each night, we’ve got a Show After Dark program featuring amazing Aussie artists (that will) have a festival vibe with live music and food.

“Plus, Cosentino will perform and we have a whole lot of stage shows for kids.”

Cosentino will perform at 2pm and 6pm each day and promises both shows will be “jam-packed with incredible magic, beautiful stage illusions and heart-stopping escapes”.

“As a proud Melbourneian, I always get so excited to come home and perform at the Melbourne Royal Show,” he said. “The After Dark program is outstanding.”