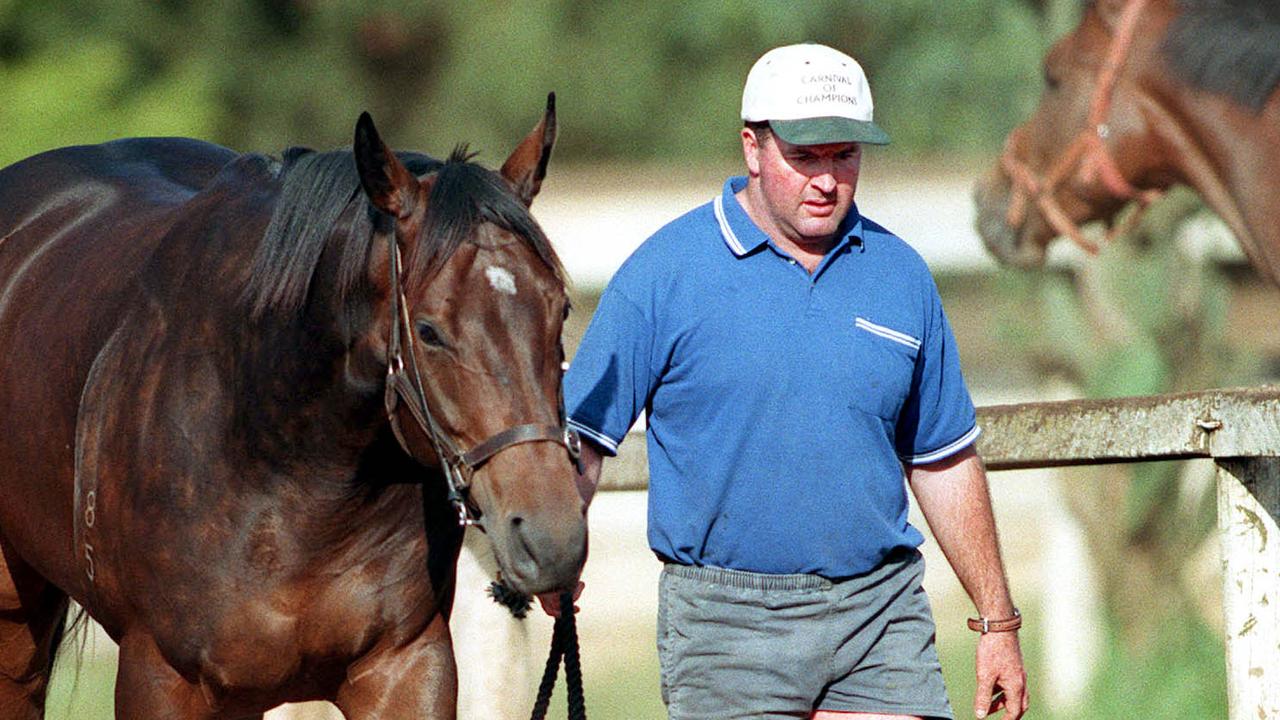 There is a school of thought from some trainers that winning Saturday’s Pat O’Shea Plate at Toowoomba is more of a curse than a blessing, but Michael Nolan isn’t one of them – for good reason too.

The Toowoomba veteran is a three-time winner of what is the first two-year-old race of the season and took Laurie’s Lottery all the way to the Group 1 Golden Slipper in 1998, where he was a beaten favorite for prominent owner-breeder Dr Kim McCasker.

It is fitting that Nolan again teams up with McCasker 24 years on in the Pat O’Shea Plate with Bedaub, who is a well-supported favorite in what is one of Toowoomba’s trademark races.

“I don’t really believe (in the curse), you can still win it and be a good horse,” Nolan said.

“People say that about the (Magic) Millions too.

“If you look after them after they win the race, I don’t see why you can’t be a good horse, I think it is a great race on a great program.

“Kim has been racing horses here at Clifford Park for as long as I have been here, I’m telling you he would get a massive thrill out of breeding a Pat O’Shea Plate winner.”

While they were beaten in the Golden Slipper in 1998, Nolan and McCasker struck back a year later to win the Group 1 Doomben 10,000 with Laurie’s Lottery.

They most recently combined with Hinged, who went on to Group 1 glory after being sold to big-time owner Brae Sokolski and transferred to Chris Waller in Sydney.

Nolan said he respects the commercial realities of breeding and owning horses and hopes Bedaub can be the next banner horse for the longtime pairing.

“Hinged went and then Little Mix went recently as well, you never like seeing them go, but he is a breeder and breeds plenty of good ones so who is to say Bedaub doesn’t turn out to be as good as both of them? ” he said.

“City trainers will spot a good horse in the bush and want to train it, so they always have their feelers out and Kim has been lucky enough to have a couple attract interest down south.”

After being backed from $7 into $4 with TAB off two barrier trials, Nolan said his filly has speed to burn from barrier 10.

“She has drawn out a little bit and obviously with these early two-year-old races, they’re not going to hand them to you,” he said.

“She would want to be every bit as good as we think she is to be able to get out and cross.

“She is a fast filly, really, really fast. With the 1000m races here, you jump out and climb the hill so you can come undone quickly if you burn them up there.

“Being a local helps and the fact she has had two trials on the course proper helps. She is probably as well educated horse that she is going to that race on Saturday.”

Bedaub is one of an army of McCasker owned two-year-olds Nolan expects to unleash over the coming months, with a number of them yet to even trial.