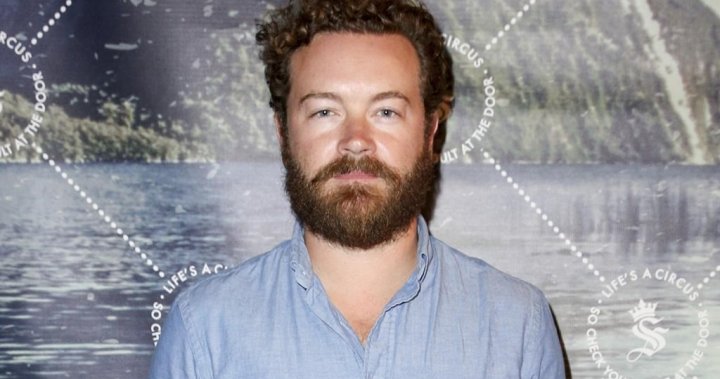 A mistrial was declared Wednesday after jurors deliberating charges of sexual assault against actor Danny Masterson were unable to reach a verdict.

The jury was “hopelessly deadlocked,” Los Angeles Superior Court Judge Charlaine F. Olmedo declared after inquiring whether there was anything the court could do to move them closer to reaching a unanimous decision.

Jurors said they had voted seven times Tuesday and Wednesday without being able to reach consensus on any of the three counts.

The star of the ’90s sitcom That ’70s Show has been on trial since mid-October for the alleged rapes of three women at this Hollywood Hills home in 2001 and 2003.

Masterson, now 46, was one of the stars of the hit sitcom at the time, and pleaded not guilty to the three counts of rape.

On Nov. 28, Olmedo replaced two original jurors with alternates and told the panel to start over with deliberations, after the two jurors came down with COVID-19.

The jurors were returning from a week off after telling Olmedo on Nov. 18 that they were deadlocked and could not reach a verdict on any of the three rape counts against Masterson after nearly three days of deliberations.

The judge told them it was too soon to declare a mistrial and to keep deliberating when they returned from the holiday break.

Wednesday’s result was a serious setback for prosecutors, and for the three women who said they were seeking long overdue justice.

Despite pre-trial instructions from Olmedo that the church should not become a de facto defendant in the trial, talk of Scientology loomed large in the Los Angeles courtroom.

During closing arguments, defense attorney Phillip Cohen said the allegations were so riddled with contradictions and inconsistencies that prosecutors implicated the Church of Scientology to help patch holes in its case.

“When there are contradictions and inconsistencies — blame it on others,” Cohen said. “We heard Scientology so often that it really became the go-to excuse.”

“There are no charges against Scientology but you can’t avoid it,” Deputy District Attorney Reinhold Mueller said in his rebuttal argument.

Mueller said the women were late in reporting the alleged rapes because Scientology rules prevented them from going to law enforcement and if they spoke outside the church about what happened, they would be ostracized.

The women, Mueller said, were afraid to testify because they had been subjected to harassment, intimidation and stalking at the hands of the church after they reported the crimes.

If the statements by the women were all consistent then it would have indicated they were scripted, Mueller said. He said inconsistencies often arise when victims of sexual assault have to relive their ordeals when speaking to police for the first time.

Testimony by the women — all referred to as Jane Does 1-3 — was graphic and emotional. One woman said she had vomited and passed out after Masterson gave her a mixed drink. She said she returned to consciousness to find him having rough and painful sex with her.

A former girlfriend of Masterson said she woke up to find him having sex with her when she hadn’t consented.

Masterson chose not to testify and his lawyer, instead of providing defense evidence, instead focused on how the women’s stories had changed over time, arguing that the acts were consensual.

He said prosecutors’ depiction of Masterson as a “commanding scary, abusive monster” was undermined by testimony by his former girlfriend who said she willingly had sex with him after the alleged rapes.

“I get the theme: Paint Danny as a monster. But when you look at the actual testimony it tells us something different,” Cohen said. “This is the problem when you start veering from the truth.”

Mueller told the jury to stick to the evidence and not to be swayed by the defence.

He mocked a statement Cohen made when he told jurors they could acquit Masterson if they thought he “actually and reasonably believed” the women consented to having sex.

‘Jeopardy!’ under fire for ‘distasteful’ clue about Gabby Petito murder

Mueller said nobody would believe the acts described were consensual. He reminded them that one woman repeatedly told Masterson “no,” she pulled her hair and tried to get out from under him.

Another woman said Masterson helped her throw up by putting his finger down her throat, then told her she was disgusting and made her shower because she had vomited it in her hair, Mueller said.

“Then he puts her in bed, flips her over and has his way with her,” Mueller said. “There’s not a reasonable belief (she) consented. Absolutely not.”

The cartoons date to a period when Masterson was at the height of his fame, starring from 1998 until 2006 as Steven Hyde on Fox’s “That ’70s Show.” The show made stars of Ashton Kutcher, Mila Kunis and Topher Grace and is getting an upcoming Netflix reboot with “That ’90s Show.”

Masterson had reunited with Kutcher on the Netflix comedy “The Ranch” but was written off the show when an LAPD investigation was revealed in December 2017.

🇧🇷 With files from The Associated Press