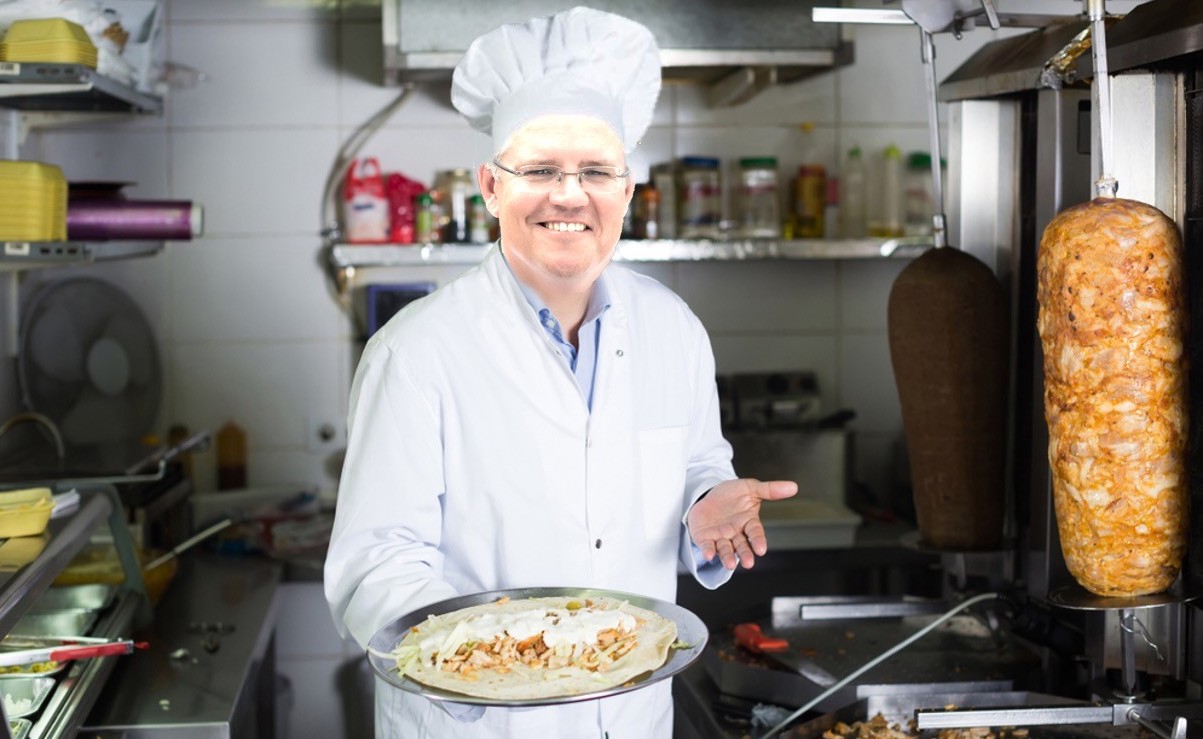 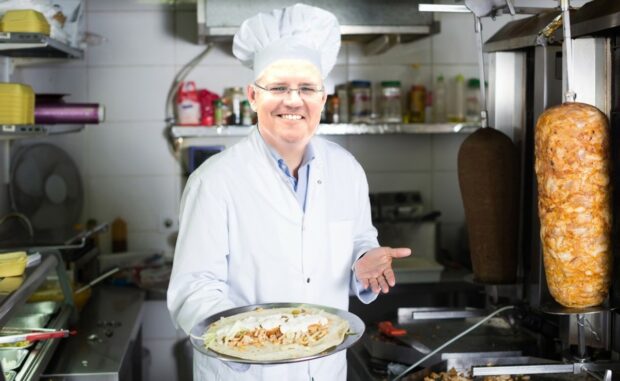 Chanting “I can’t be racist if I eat kebabs,” a frantic Scott Morrison has set up a last-minute photo shoot showing him preparing a lamb kebab at a Lebanese restaurant in Western Sydney.

“I love kebabs! They’re my favorite food!” Morrison posted on Instagram, forgetting that he had posted just a week ago that his favorite food was Indian curry.

“And my favorite type of kebab is a Lebanese kebab. I have lots of Lebanese friends,” the caption continued.

Morrison has been accused by Michael opponents of several people within the Liberal Party of using racist remarks during a preselection battle with Lebanese Towke in 2007. But the PM hoped to quash those claims by dressing up as a kebab shop owner and posting about in on social media .

“Lebanon is a country in the Middle East. The capital of Lebanon is Beirut. Baba ganoush,” the Instagram caption continued, before randomly listing culturally relevant Lebanese words.

It was later revealed the photo shoot actually took place in a Turkish kebab shop.