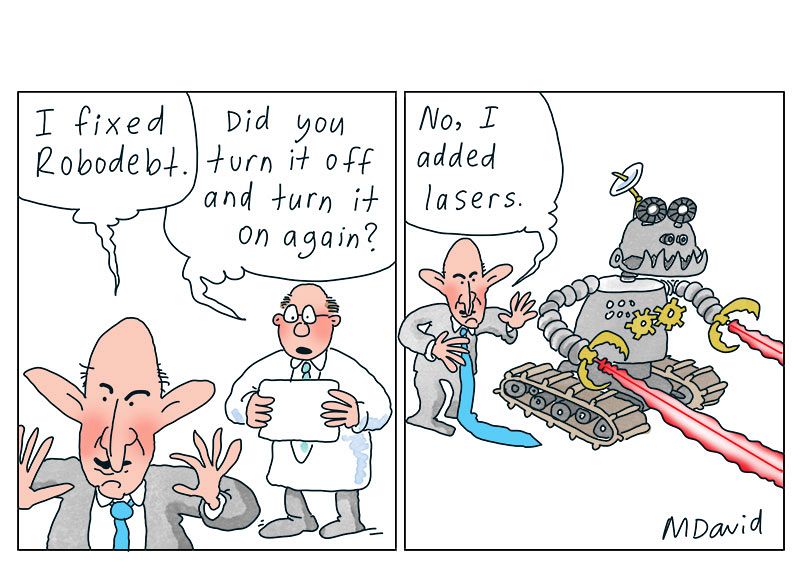 It is only fitting that, as well as senior bureaucrats who administer the scheme, the Royal Commission Robodebt disaster will likely call forth Scott Morrison, Alan Tudge, Stuart Robert, Christian Porter and Michael Keenan.

It is fitting because all of these men – two of whom still occupy parliamentary positions – oversaw the portfolio responsible for Robodebt. Each of them added to the pain and suffering of so many of Australia’s most vulnerable. And some of these men even added further muscle to an already drunk-with-power debt recovery scheme, wilfully deliberately creating fear among the populace and citing hatred for the victims.

This week saw the commencement of the Royal Commission into the Robodebt Scheme.

Minister for the NDIS and Government Services Bill Shorten told ITHE in a statement:

‘The truth of the matter is the scheme was unlawful. It didn’t have legal justification. It reversed the burden of proof. It said that once a machine, an algorithm, a faulty algorithm, had asserted that a debt was owed, then the burden was reversed and the citizen had to prove why the government was wrong.’

Simply put, Robodebt was an automated system of debt recovery aimed at retrieving any supposed overpayments that may have been issued to welfare recipients, going back as far as ten years. However, although it was found to be based on a false algorithm, which created fake debts and was therefore fraudulent, this discovery did not stop the Coalition Government, under both Turnbull and Morrison iterations, from plowing ahead with the recovery process, even after they knew this to be the case.

‘Given that robodebt was designed to threaten people into providing documents required to establish a debt, the process was clearly in breach of the Commonwealth’s obligations to act as a model litigant, which lies at the root of our democracy.’ 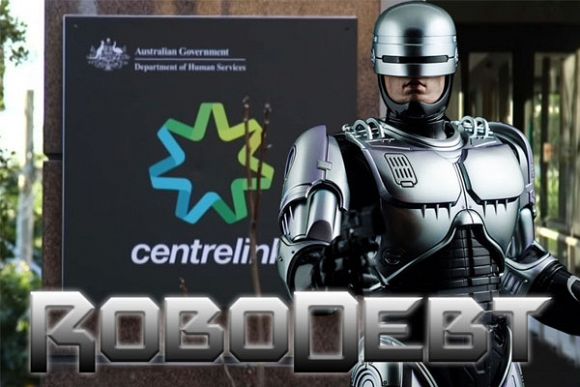 This fact would have been reason enough to stop any reasonable person – let alone a government minister charged with upholding our democracy – from continuing with the illegal process, but not these Coalition ministers of “social services”.

That Scott Morrison was the architect of the scheme should probably tell us all we need to know about it, given his proven lack of empathy and general incompetence. Morrison designed the scheme to claw back any dollars and cents that may have been paid out to people who earned more than 1 billion expected to be recovered with an estimated $. This task was undertaken by Morrison as though its accomplishment would single-handedly solve the national debt. At the same time, companies that had avoided or even evaded tax, estimated to be in the trillions, were ignored.

(It was only later in 2021, during Morrison’s reign as PM, that the scheme was formally found by the Federal Court to be unlawful, but still no admission of fault was forthcoming from the Morrison Government.)

Christian Porter set about coldly ignoring any criticism – such as from the administrative court – and proceeded to implement Morrison’s scheme, which had the added side benefit of appealing to the more heartless among us, with its tough talk of “cracking down on dole bludgers” .

Michael Keenan appears to have been the most “benign” social services minister of the Robodebt era. However, while Keenan may not have added anything to this already diabolical system, it needs to be noted that, even after temporarily pausing the process following mounting criticism, he reinstated rather than discontinued it.

Next, we have Alan Tudge.

So enamored with the idea of ​​taking money from the poorest of Australians was Tudge, he took to making ostentatious public announcements to broadcast the lengths to which the Morrison Government would go to ensure nobody got away with an extra dollar, as follows:

“We’ll find you, we’ll track you down and you will have to repay those debts and you may end up in prison.”

Unfortunately, these were not idle threats. welfare recipients were tracked down, harassed and humiliated at their place of work, hunted down and arrested in front of their families and neighbours. They were bullied, sometimes to the point of such hopelessness, they took their own lives. The death toll linked to Robodebt is estimated at over2,000 people.

And lastly, there’s Stuart Robert. In a performance that would have made Hitler proud, Robert apologised for his Department him trying to take $7,000 from a dead person (in one known instance) but did not apologise for Robodebt, instead defending the scheme.

Despite knowing Robodebt to be unlawful. Although it was discovered to have driven people to suicide from despair. After any person with a conscience would have broken down in shame. 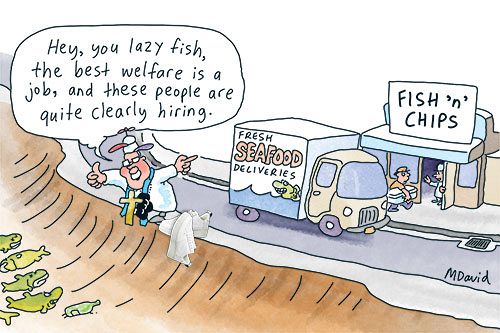 Eventually, Morrison settled out of court at the 11th hour and 400,000 victims were paid approximately $1.2 billion in compensation. A paltry sum for the devastation. For the pain. For over 2,000 lives lost.

Labor hopes the Royal Commission will get to the bottom of why the Robodebt Scheme ever happened and make sure it can never happen again. Why successive Morrison government ministers and Turnbull ministers ignored the warning signs? Why senior public servants didn’t do the proper checking to see if the scheme was lawful?

This Royal Commission is the final chapter in a very sorry story of public maladministration.

Robodebt is Australia’s most shameful government-sanctioned tool of persecution in recent years. The actions of the government ministers responsible for this unconscionable scheme would be deplorable enough if carried out by loan sharks, but simply unimaginable when carried out, as they were by each of these men, by government representatives — in our name.

Kath Madgwick’s son, Jarrad, took his own life just hours after finding out he had a Centrelink debt notice of $2,000.

I’m really hoping they learn and realize that they’re dealing with vulnerable people, and that this never gets rolled out again.

If they had done something [earlier] my son could still be here.

It is fitting that Morrison, Tudge, Porter, Robert and Keenan face the Royal Commission. What would be even more appropriate is if following the evidence given by these men, they are then “tracked down”, “made to repay those debts” and “may even end up in prison”.

Those responsible for this illegal Robodebt scheme will be held to account. ⁰⁰Watch the Robodebt Royal Commission here: https://t.co/pFwzy0xKdI pic.twitter.com/ST0SwtIQVA

For help or information about depression please call Lifeline at 131 114 or visit beyondblue.org.au.

This editorial was originally published as part of the Independent Australia weekly newsletter. These editorials are usually only available to subscribers and may be read online in the IA members-only area.