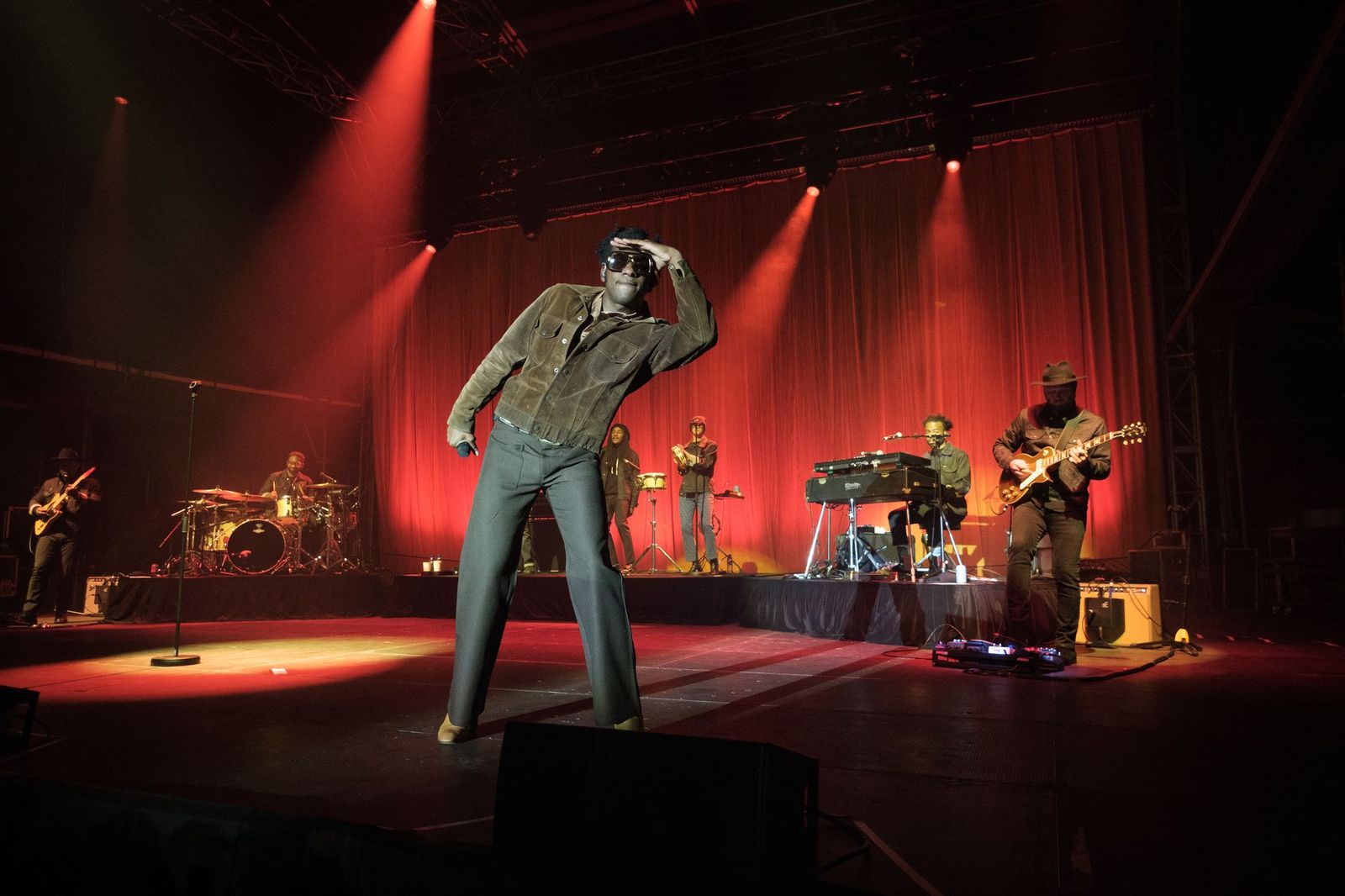 The concert was presented as part of the Festival Centre’s Music at The Maj series, and the redeveloped Her Majesty’s Theater proved the perfect setting for what was an elegant and well-executed introduction to Bridges’ affecting music.

Audience members were first treated to a solo performance by Sydney artist Milan Ring, who impressed with her broad and full R&B sound.

After a brief intermission, Bridges strutted on stage after his band, sporting sunglasses and a ’70s-style suit with the words “L Boogie” on the back. It quickly became apparent he and his band members – each wearing a denim jacket bearing their own nickname – are a well-oiled machine. The singer immediately came out firing with “Born Again” and “Steam”, both of which demonstrated his incredible vocal range, and continued to impress with “Smooth Sailin’” and “Brown Skin Girl”.

A large spotlight shone behind the band for “Texas Sun” (a single recorded in collaboration with Texan trio Khruangbin), cleverly emulating the sun and album cover. This song was particularly affecting, as Bridges and the band effortlessly shifted styles towards a classic sound.

From here, the musicians performed myriad songs from Bridges’ back catalogue, including his most recent album, Gold-Diggers Sound. With each one, Bridges began to loosen up, swaying and grooving as he sang.

Later in the set, the likeable singer introduced each member of his band: two guitarists, a pair of back-up singers, a bassist and a keys player who doubled as a saxophonist. He called them his best friends, and they all seemed ecstatic to be sharing the stage.

As the end of the set was signaled with the dulcet jazzy tones of “Bad Bad News”, from 2018’s Good Thingthe crowd leapt to its feet demanding an encore.

His sunglasses having fallen off during the previous song, Bridges reappeared bare-faced, playing “Lisa Sawyer” with the band and stating that he hopes his music “can keep the blues alive”. As the show closed with “Twistin & Groovin”, a blues number from Bridges’ debut album, the now-standing and dancing crowd reached a fever pitch.

Bright conversations of appreciation for the show could be heard everywhere as groups exited the theater onto Grote Street. We sincerely look forward to Bridges’ return.

Leon Bridges performed at Her Majesty’s Theater for one night only as part of his The Boundless Tour.