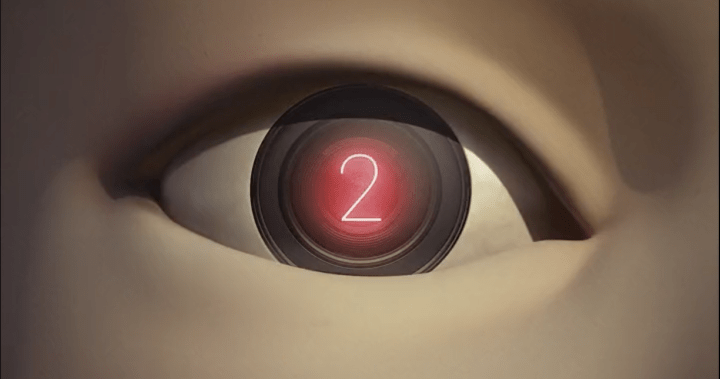 Audiences rejoice, Squid Game is back.

Netflix announced that the second season of the hugely popular South Korean drama series Squid Game is on the way soon with an eery teaser trailer and message from the show-runner.

A camera eye peers back at viewers in this brief teaser — the eye of the giant animatronic doll that introduced Squid Game‘s desperate contestants to the deadly game.

“Red light… GREENLIGHT!” Netflix captioned the post, referring to the children’s game that featured in Squid Game‘s pilot, in which 456 contestants fight to stay alive in a multi-round game show; all in the hopes of winning a huge cash prize that can clear their debts.

Squid Game is officially coming back for Season 2! pic.twitter.com/4usO2Zld39

Along with the trailer was a message from the show’s creator, writer, director and executive producer Hwang Dong-Hyuk, who revealed some of the characters who will return for season two — a question that has been murky since the end of its first season.

Squid Gamemuch like game of Thronesdid not shy away from killing off many of its most beloved main characters.

Amber Heard speaks out about Johnny Depp verdict, says trial was not ‘fair’

But the show’s ruthlessness with its fan-favorite characters hardly pushed viewers away. Hwang opened his statement by saying, “It took 12 years to bring the first season of ‘Squid Game’ to life last year. But it took 12 days for ‘Squid Game’ to become the most popular Netflix series ever.”

“Thank you for watching and loving our show,” the director wrote.

Hwang confirmed that the series’ lovable protagonist Seong Gi-hun (Lee Jung-jae) and the masked antagonist the Front Man (Lee Byung-hun) will both return for season two.

Seong Gi-hun is a divorced gambler who signs on to Squid Game in order to support his family, namely his young daughter. Not much is known about the shadowy administrator of the game, the Front Man, but a major reveal about his backstory played out toward the end of season one.

Perhaps then, Hwang is preparing to let us take a closer look behind the Front Man’s angular mask in season two.

Hwang also wrote that “The man in the suit with ddakji might be back,” referring to the mild salesman who recruited Seong Gi-hun to Squid Game in the first episode of season one. In ddakji, two players each try to flip over the folded square tile of their opponent.

The character is played by the hugely popular Korean actor Gong Yoo. Audiences may know him best from his lead role in Train to Busana 2016 South Korean zombie movie that spawned an American remake currently in the works.

One of the most exciting announcements to come out of Hwang’s statement was the reveal of a new character: Cheol-su. This character is billed as the “boyfriend” of Young-hee, the animatronic doll featured in the teaser trailer.

“Join us once more for a whole new round,” the statement mysteriously concludes.

After the massive success of Squid Game season one, a follow-up season was almost inevitable. Squid Game remains Netflix’s biggest show to date, with global audiences watching 1.65 billion hours of the show within the first four weeks of its release.

This is made all the more remarkable considering that the cast and creative team behind the show were mostly unknown outside of South Korea when Squid Game aired last fall.

“There’s been so much demand, love and attention for a season two,” Hwang said last year after the show aired. “So I feel I have no choice but to make a season two.”

Netflix co-CEO Ted Sarandos officially confirmed that Squid Game would get a second season in January, but episodes likely won’t start airing until the end of 2023 or the start of 2024.

“We are working on the script right now and making the form of the story,” Kim said.

“But there’s definitely a lot of pressure on how to make [Season 2] even better. I know that a lot of the different fans and audiences have enjoyed the series very much, but really we’re focusing on how to make it even more joyful to the global audience.”

2:09Montreal depanneur says candy featured in ‘Squid Game’ is flying off the shelves