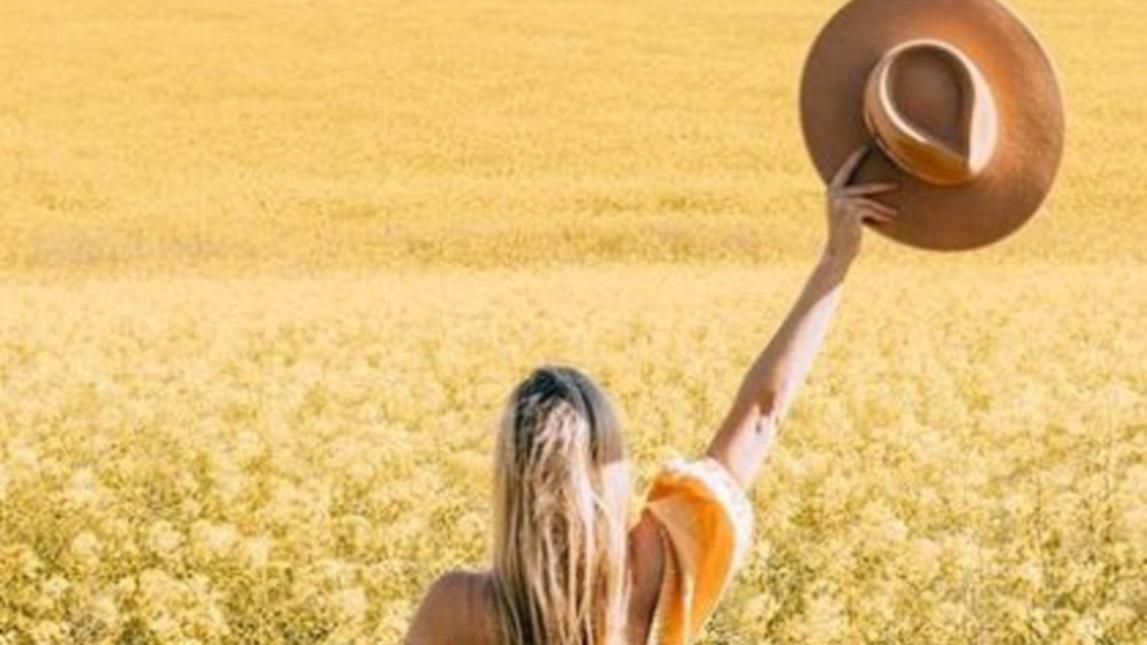 Tourists hoping to get a social media snap while basking in the rolling golden canola fields where flowers grow to have bombed country towns.

In spring, people have flocked to Cowra, Temora and Coolamon in New South Wales and similar fields in Victoria in search of the perfect Instagram photo.

It’s become so popular that even the New South Wales government encourages the trend through a targeted advertising campaign which urges people to “get your canola field insta shot.”

But some farmers are becoming frustrated over the blatant way some tourists are intruding onto their properties, as well as saying it could pose a danger in spreading livestock diseases in the future.

“There’s a real fear about foot and mouth disease, and what quarantine people have been through and where they’ve come from,” Galong wheat and canola farmer Tony Flanery said.

“It’s something that poses a very real risk to us now, particularly,” Flanery said.

He is reported as saying that he once found a couple “literally two kilometers” from the road inside on his paddocks.

“They basically refused to leave. Like they had the camera set up on a tripod and were settling in for the afternoon.”

Another farmer said: “It’s equivalent to someone jumping into your front yard in Sydney to take a photograph with your flowers. That’s my yard – get out.”

Encouraging people to use the #lovensw and #newsouthwales hashtags, the New South Wales government said the Riverina region makes for “Instagram-perfect pictures.”

“The state’s main centers of canola production are about 4.5 hours drive west of Sydney, and home to hectare upon hectare of shimmering golden fields,” the website says.

In Western Australia, however, the trend prompted a warning from the state authorities.

Jeff Russell from the WA Department of Primary Industries and Regional Developments, said there had been cases in the state’s great-southern region of cars getting bogged and damaging crops.